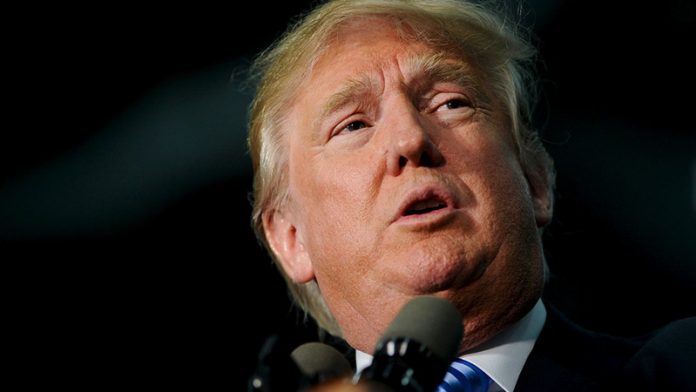 Will Donald Trump’s proposal for a “total and complete shutdown on Muslims entering the United States” have a lasting impact on the Republican party’s brand?

In the wake of his controversial statement, party leaders from Dick Cheney to Paul Ryan have been racing to condemn Trump, while some of his opponents for the presidential nomination are now using terms such as “unhinged” and “bigoted” to describe the real estate mogul.

Wilson said “a lot of Trump’s fans and supporters don’t want the party to survive. They want to form a populist, nationalist party that isn’t about limited government and the Constitution”.

Denouncing what he called the “reek of fascism” around Trump, he added: “We have to decide if this going to be the troll party or the Republican Party.”

Stuart Stevens, a top Republican consultant who oversaw Mitt Romney’s two presidential campaigns, was unconcerned. “I think Trump is a not very bright guy who says a lot of crazy stuff, who happens to be running for president, who is going to lose,” he said.

He predicted Trump would come in fourth in Iowa and didn’t think Trump “would do well at all” in New Hampshire.

He noted that political parties haven’t been defined by past primary candidates who didn’t get the nomination. “Did it brand the Democratic party when George Wallace was running?” he asked.

Stevens said Trump had far less impact in the race than another outsider candidate, Bernie Sanders, on the Democratic side. “I think Bernie Sanders is having much more impact in a substantive way,” said Stevens. “He’s already changed Clinton’s position on trade and her positioning in the race and Bernie is the most popular figure running for president.”

But he sees the internet changing the political dynamic and making it easier for fringe views to get attention. Shrum said that if a young CBS producer suggested to Walter Cronkite in 1962 that they should cover a press conference of the John Birch Society, that producer would have been fired. Now, with the splintering of media and without “a common base of knowledge”, it’s easier for Trump’s views to get attention.

He said Trump’s impact was “amplified by the fact that this is a semi-traumatic time of passage in America”. Shrum said the US would become a majority non-white country in the next generation and that there had been a massive cultural revolution in the roles of women and acceptance of gay people. He said: “This frightens and destabilises a lot of people. People who didn’t make a lot of money, but they were the white folks in charge.”

Shrum said that while the Republican base responds to this, he didn’t think it would rise to the highest level of American government. In his opinion, “a Trump or Trump-like candidate will lose badly and even some of his milder, wackier ideas … are not going to be enacted into law”.

But Shrum did say that Trump was no longer amusing, but terrifying. An ardent liberal, Shrum said that while he and fellow Trump critic Cheney disagree on almost every issue, they both “at some fundamental level share a conception of the country. Trump doesn’t … Cheney would argue with you about interpreting the Constitution on certain things, and Trump just doesn’t care about the Constitution”.

There are now a few more than 50 days until the first primary contest in Iowa, when Republican voters finally weigh in on Trump’s blend of braggadocio and bigotry. Only then will it be clear if, in Wilson’s words, “this is the troll party … or the Republican party”.