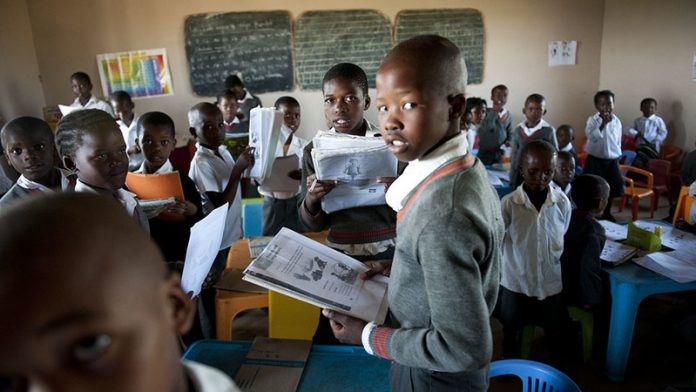 South Africa’s worst-performing provincial education department has started the process of taking a long and hard look at its many failures, with an approach unusual among government departments for its honesty about those failures.

The Eastern Cape education department, home to the lowest matric pass rate in the country, wants its employees, parents and pupils to talk openly about its failures to implement the policies that were supposed to make its schools functional.

Education MEC Mandla Makupula has invited these role-players to “in-depth” discussions, under way until late January.

“The conversations and consultations with the MEC will be about understanding and discussing the challenges that the education policies are posing at implementation level and also invite suggestions from stakeholders,” a circular in the Mail & Guardian’s possession says.

Suggestions would inform interim measures for implementation in 2016 and also long-term policy review, the circular says.

Acting head of department Sizakele Netshilaphala says in the circular that the department has been “inundated with complaints and concerns” that some policies “are either difficult to implement or unrealistic”.

“This state of affairs manifests itself in various forms, including the eroding of a culture of teaching and learning, noncompliance on a number of policy imperatives, low staff morale and dysfunctional schools.”

The Eastern Cape performs worst in matric results almost every year compared with other provinces and has finished last for the past five years. In 2014 more than 34 out of every 100 matriculants failed to obtain a passing grade.

Rights group Equal Education has highlighted that 44.7% of schools in the province had a pass rate below 60% last year.

“This means almost half of Eastern Cape high schools are ‘underperforming schools’,” said the group.

The Eastern Cape’s worst outcome was in 2011, when only 58.1% of matrics passed. This was down from 58.3% in 2010, a decline of 0.2%. Makupula should be keeping his fingers crossed that the province does better this year.

Poor matric results reflect battles pupils go through each year in the Eastern Cape. The department has been dragged to court several times over the past five years to supply learning and teaching resources.

Port Elizabeth parents embarked on protests this year in an attempt to force the department to supply schools with enough teachers. Equal Education has also led many campaigns aimed at getting the department to improve school infrastructure and supply adequate textbooks.

The Legal Resources Centre (LRC) has brought several legal actions against the department over the years. A recent one involved 122 schools demanding a supply of teachers and reimbursement of the R82-million they have used for teacher salaries over the past four years.

Sarah Sephton, director of the LRC, this week told the M&G that the consultations Makupula was embarking on would only be fruitful if he is prepared to listen to schools.

“I think it’s a positive move if they listen and follow up. The department of education [in general] and education in the Eastern Cape [in particular] are in dire straits. The key issue is whether people are going to be listened to and ideas taken aboard and then implemented. There are lots of policies but implementation is thin on the ground.

“Problems are known: there’s a lack of teachers and [a] lack of quality teaching. Schools feel they don’t have a voice at all. Different things are imposed on them and they just have to make do.”

Netshilaphala also admits to some of these shortcomings in the circular: “There is a multitude of well-publicised problems, including a shortage of teachers, underqualified teachers and poor teacher performance.

“In the classroom, this results in poor learner standards and results, a lack of classroom discipline and [it] is exacerbated by insufficient resources and inadequate infrastructure.

“On a government level, difficulties have been caused by a failure of appropriate inspection and monitoring, and confusion caused by changing curriculums without proper communication and training.

“All this has led to massive demoralisation and disillusionment among teachers and a negative and worsening perception of the teaching profession.”

The South African Democratic Teachers Union (Sadtu) hopes the consultations will not be another futile talk shop, Sindisile Zamisa, a member of Sadtu’s executive task team, told the M&G – even though the union will not take part in the consultations.

“It is our wish that the circular will find its expression for what it was intended for. It is not the first [time] we have [had] these indabas in the Eastern Cape, with all the promises that are made but not followed up,” he said.

“The suspended [head of department, Mthunywa Ngonzo] did try to start this exercise, so did the former head Modidima Mannya, hence we are hoping that the exercise is not another talk show.

“The basic functionality of the school, in our view, should start with the provision of proper infrastructure for all our schools and not only for those that can afford [it], hence the implementation of [school] norms and standards is of paramount importance.”

Sadtu will not participate in the consultations, Zamisa said. “We will not allow our members to be a target of these forums as was the case in the recent past, hence we will be watching the space as the programme unfolds.”

The provincial department did not respond to repeated requests for comment by the time of publication.

Obituary for the late Mandla Makupula, MEC of Education in the Eastern Cape

Teaching in the mother tongue