In Makhado, the cat’s in the cradle

It’s a hot day in the small Limpopo town of Makhado, also known as Louis Trichardt. Several cars are parked in front of the entrance to the train station. One man is dressed in a mismatched outfit comprising a short-sleeved beach shirt and jeans shorts with formal shoes and socks that are pulled all the way up his calf. He lies on the back seat of one of the cars, his legs swinging out of the door.

Fatimah Osman (not her real name) who works at a nearby funeral parlour stands on the corner observing the scene with disdain. Here, she says, drugs are readily available. Residents say the train station is one of the many spots in Makhado where one can buy drugs.

The street drug of choice is intash, the local slang word for methcathinone, also known as cat. According to the United Nations, this synthetic drug is a stimulant much like methamphetamine.

“Intash is sold in a rock form. It’s heated up, crushed and divided into lines which are snorted like coke,” explains Mashudu Mulaudzi, a local resident who spoke to us on condition we did not use his real name.

“There is not much for the youth to do here in Makhado, so a lot of them end up doing drugs,” Osman says, swatting a fly away from her face. “Some of the drug dealers target the youth. They even go to the schools to sell their drugs to the children.” 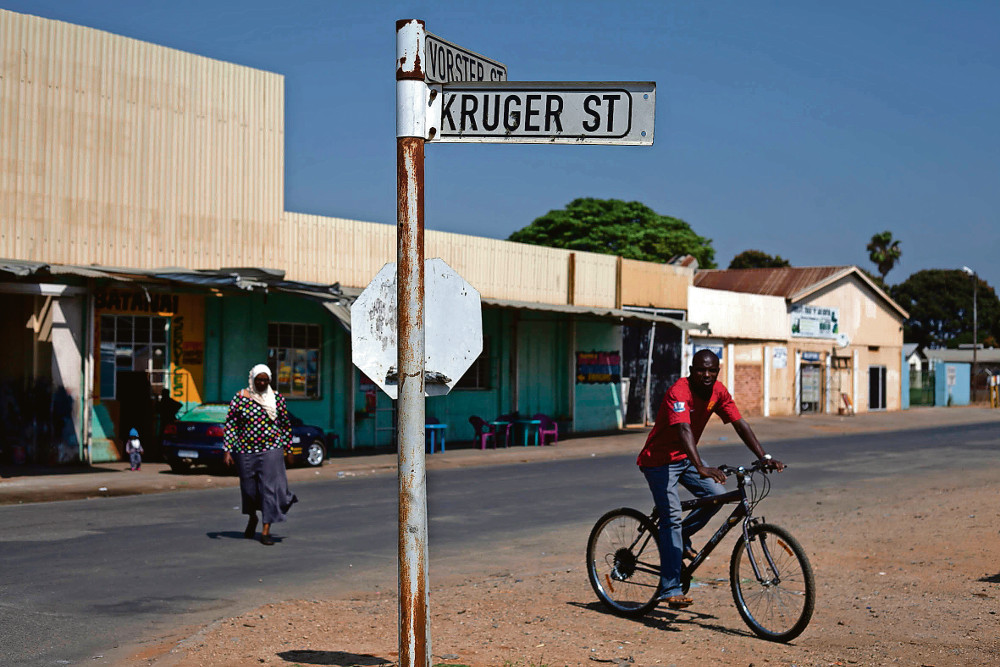 Boredom
A 2013 study conducted by the provincial department of social development and the University of Limpopo found substance availability and lack of entertainment are contributing factors to substance use. More than half the young people who participated in the study admitted to drinking beer, 32% said they drank wine, 49% said they smoked dagga and 39% admitted to using inhalants.

Mulaudzi sips pensively on the beer in front of him and takes a long drag of his cigarette.

“There really is nothing to do here. So on weekends we go to the one club here in town or we have parties at someone’s house,” he says. Alcohol and drugs such as dagga, cocaine and cat are common at these parties. “It is not hard to get drugs around here. It is very cheap for the young people who work but don’t have a lot of responsibilities because they live with their parents.”

A 2012 University of Florida study found that students who drank alcohol were up to 16 times more likely to use drugs. The study indicated the use of socially acceptable drugs leads in a progression to illicit drug use.

“Just a couple of weeks ago I went to a matric dance afterparty and they were taking intash in front of the venue, out in the open,” Mulaudzi says with a shrug.

Samson Mphilo, chairperson of the Makhado cluster community policing forum, says school visits and drug searches have shown that schoolchildren use drugs. But the extent of drug use in this area is not known. The authors of the University of Limpopo study say this is largely because “drug abuse research has focused on affluent provinces and metropolis cities with minimum attention being paid to rural provinces”.

Research has shown that drugs may be used more commonly in rural areas in other countries. A 2008 article in the Journal of Rural Health found methamphetamine or crystal meth and alcohol use among youngsters in the rural United States is higher than that of their urban counterparts.

The use of street drugs such as nyaope in Gauteng, which is known as whoonga in Durban, is well documented; so is tik in the Western Cape. But the extent of the use of these drugs in smaller towns such as Makhado is largely unknown. The study notes that “the use of tik remains widespread in [the] Waterberg and Capricorn districts [of Limpopo] and appears to be increasing in other districts” in the province; widespread use of nyaope was also recorded in Bela-Bela.

The department of justice and constitutional development describes nyaope or whoonga as a concoction that consists mainly of low-grade heroin. Various substances, such as some types of HIV medication and talcum powder, are added to extend the mix, which is smoked with dagga. Tik, also known as crystal meth, is an amphetamine-type stimulant that is usually smoked in some kind of holder such as a straw in a light bulb. Tik was also the most commonly reported primary drug of abuse among patients admitted to treatment centres in the Western Cape. 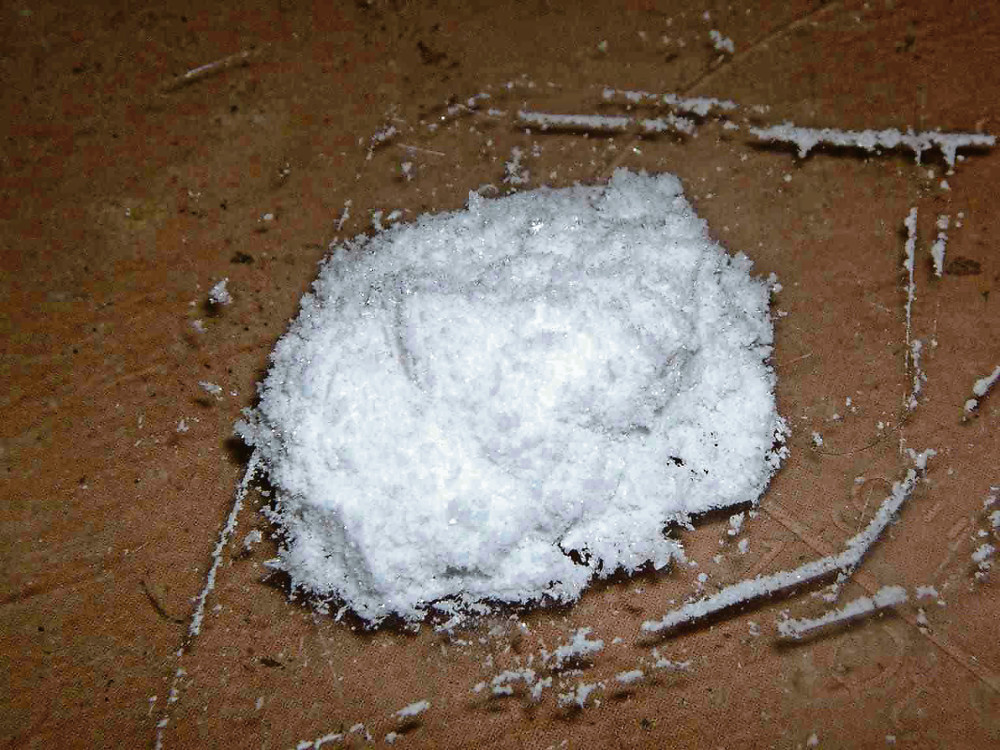 White lines: Methcathinone, a stimulant similar to methamphetamine is easily available on the streets of Makhado.

According to the United Nations Office on Drugs and Crime, substance abuse “places a heavy burden on public health systems in terms of the prevention, treatment and care of drug use disorders and their health consequences. Only one out of every six problem drug users in the world has access to treatment, as many countries have a large shortfall in the provision of services.”

This is especially true for a country like South Africa that has a high disease burden and where more than 80% of the population depends on the government for health care. The 2014-2015 District Health Barometer says South Africa faces a quadruple burden of communicable diseases along with perinatal, maternal and nutritional conditions, HIV and tuberculosis, noncommunicable diseases and injuries.

Disease burden
An article titled Global Burden of Disease Attributable to Illicit Drug Use and Dependence: Findings from the Global Burden of Disease Study 2010 reported that illicit drug use is an important contributor to the global burden of disease. The article estimates that, “worldwide, more people were dependent on opioids [such as heroin] and amphetamines than other drugs”.

Research shows a strong correlation between drug and alcohol abuse and risky sexual behaviour, such as having multiple sexual partners and reduced condom use, which increases the chances of HIV infection and transmission.

The World Health Organisation found that drug use increases the risk of being “a victim and/or perpetrator of violence, while experiencing violence can increase the risks of initiating illicit drug use”. Drugs and alcohol use affects cognitive and physical function and can significantly reduce self-control and increase impulsivity, making individuals more susceptible to violence.

South Africa’s National Drug Master Plan, compiled by the Central Drug Authority, says the country needs an integrated approach to deal with its drug problem. This includes demand reduction through social intervention, prevention such as public education through awareness programmes and “imposing restrictions on the use of substances”.

Back in Makhado, a cross of lights on a mountain shines down on the dark streets of the Limpopo town. A lone dog runs, panting with a dripping tongue sticking out of the side of its snout, from one house to the next, stopping at intervals to bark and howl at the moon. It has just gone seven o’clock on Tuesday night, but the neighbourhood is quiet.

“People don’t want to talk about intash because they don’t see it as a problem,” Mulaudzi says. “To them it’s like weed –  it’s not a big deal.”

Eusebius McKaiser: Why a total ban on selling alcohol is irrational

This country figured out how to stop teen substance abuse, so why has no one else?