Morocco damages itself by stifling criticism 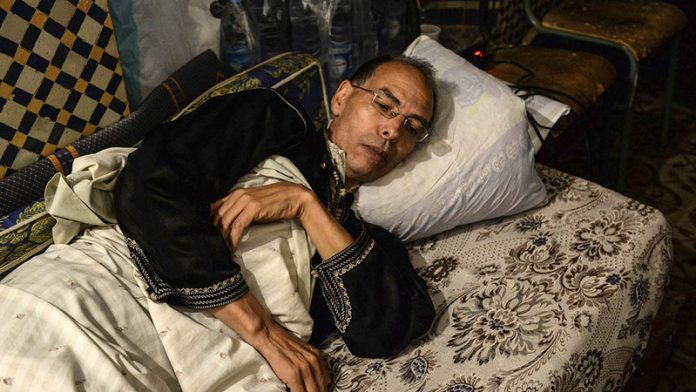 Morocco frequently turns to the courts when it doesn’t like what its critics have to say, and this has a chilling effect on university research and the public media. The state tries to quash criticism by journalists and other public intellectuals by using the judicial system and imposing extraordinary fines.

Professor Maati Monjib, a historian, and six others have been accused of “threatening the internal security of the state” and “receiving foreign funding without notifying the government”.

He has staged two very public hunger strikes in protest against the allegations. Monjib has been a fervent supporter of investigative journalism in the country and an outspoken critic of the very restrictive state.

Several journalists have left Morocco and others have left the profession. In an age of digital media and the rapid flow of information, the state’s campaign against freedom of expression serves mostly to generate international attention on Morocco’s human rights record. When an academic, journalist or intellectual is arrested, articles published abroad inevitably list the charges against others.

The case against Monjib and his co-accused also damages academia and university research in Morocco. There is very little funding available for research at the public universities that dominate the North African country. Most private higher education colleges and universities focus overwhelmingly on teaching, particularly vocational or professional degree programmes such as business management. For now, this takes the place of research or training in research skills.

Morocco has followed the lead of the United States and Europe when drafting education policies. A neoliberal approach means treating students like consumers who need to be satisfied with a product, as well as strengthening oversight of “product” sales – that is, teaching – and trying to align skills with job market demand.

Without the freedom to think differently, research cannot address real issues: poverty, unemployment and public health. Those who want to do such research or use their education to find practical solutions may try to leave. Those who want to stay in Morocco often leave academia.

Instead, what research and critical thinking does exist in Morocco often comes from foreign academics. Moroccan academic Youssef Chiheb has criticised foreign experts and consultants’ for their control over policy.

Monjib and other journalists and public intellectuals work at a national level. They contribute to building a public sphere that welcomes debate and new ideas organic to the country rather than imposed from elsewhere. They provide an example by expressing different points of view, encouraging young people in particular to believe they can make a difference, rather than seeking other outlets to prove themselves, such as becoming radicalised.

If Monjib and his colleagues cannot do this work, their other options are to go elsewhere, or quit. Neither is good for Morocco.

Shana Cohen is a senior research associate at the University of Cambridge in the United Kingdom.