The Proteas can learn from defeat 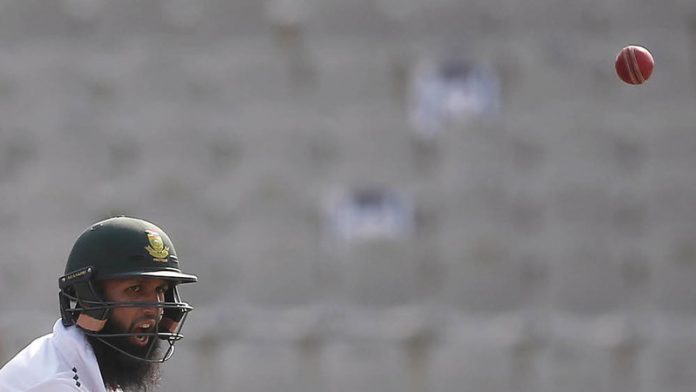 South Africa had toured Australia 13 times, spanning just more than a century before they finally won a Test series. That was a disappointment of industrial proportions. Losing 3-0 in India this time was a large disappointment, but not an insurmountable one.

Having spent three nights in their own beds and started the process of reflection, the pain and shock of losing so comprehensively will already be receding and giving way to a feeling of acceptance. Apart from skills practice and physical training, perspective and humility are the vital ingredients to sporting success, and there are enough senior Proteas around to know that swallowing hard and breathing deeply will be required for another few days yet before the England tour can be faced.

Attention has fallen harshly on the shortcomings of some of the junior players during the Test series, notably opening batsman Stiaan van Zyl and wicketkeeper Dane Vilas. But they were unlikely to shape the outcome of the series either way, and they did not.

If the optimists who predicted further victories in the Test series following the one-day international and T20 successes had been told that Vernon Philander and Dale Steyn would play only half a Test match between them, that Faf du Plessis and Hashim Amla would average 11 and 19, and that Imran Tahir would once again be ineffectual when it mattered, they would have reconsidered it.

The captain and the coach both accept that the key questions about failure, particularly on this scale, will – and should – come their way. The most important question of all, however, is whether the right questions will be asked.

Only once in Russell Domingo’s two-and-a-half years in charge has he been seriously questioned, and it was the relatively minor issue of whether AB de Villiers should be batting as low as number five in the Proteas T20 team at the last World Cup in that format. He defended the decision robustly at first and then became decidedly tetchy when nobody else of import agreed with his statistical analysis of the situation. De Villiers has subsequently been moved to the top of the order.

Amla still remains largely unquestioned, at least not in anything resembling a robust manner. His demeanour, status and temperament place him above criticism in many eyes and questions are kept for private conversations. When he was asked some tough questions for the first time by Indian journalists during the series, they said his answers were “aloof” and occasionally “sarcastic”. What was the purpose, they asked, of the South African captain deflecting criticism of his own batsmen on to India’s? Both teams may have struggled, but one of them won 3-0.

The two most persistent problems with South African cricket over the past 20 years (go back as far as you like, actually) are the failure to learn from failure (defence) – and the blame culture (attack). Following every significant defeat, the default reaction has been to blame someone for it, and then to try to forget it.

So, when the Proteas defend their preparations for the series, admitting that they knew all along they would be playing on viciously turning pitches, are they really saying they were simply not good enough and there was nothing else they could have done? What about practising on pitches as dry and gnarled as the Mohali and Nagpur ones?

Why were they batting on “good” pitches the day before a Test as well as trying to simulate bad ones by moving the stumps a yard further behind their usual position in the nets? Was that the best way they could mimic the conditions they encountered in the match?

Is the time-honoured South African tradition of selecting the “man in possession” of a place in the XI at the start of the series still the right way to go? Simon Harmer did nothing to let himself or his team down, but was he also selected as a controlling “counterbalance” to Tahir’s lack of control? Did the captain like the “idea” of Tahir’s wicket-taking ability without reflecting enough on the practicalities?

Only the management team, including the captain, will be able to answer these questions – and only if they are humble enough to accept failure and ask themselves where they can learn from failure in the future. There is nothing wrong in saying: “I believed we would be good enough with this amount and method of preparation”. There is a great deal of good in saying “I was wrong”.

There were many positives: the oxygen-gasping rise of Kagiso Rabada, Morné Morkel’s ability to lead rather than support the pace attack, Dane Piedt’s off spin, Dean Elgar’s obduracy (forget his numbers) and Kyle Abbott. But among the most impressive collective achievements was saying (almost) nothing critical about the pitches, two of which were poor, one of which was almost, but not quite, unprecedented. Not a single South African had even seen such a surface, let alone played on one. It was home-ground advantage taken to its greatest extreme.

They will return in four years time to avenge this defeat. It may be a completely different team. Dale Steyn will just have turned 36, De Villiers, Du Plessis, Morkel and JP Duminy will all be 35. The prospect of playing a final series here is more likely to spur than deter at the moment, but that’s a long way off. The talk now is of preparing “green monsters” for the Indians to bat on in two year’s time in South Africa.

Photographer Thembinkosi Hlatshwayo's latest project, Slaghuis, is a recounting of the trauma he experienced growing up in his family’s tavern business
Read more
Advertising
Continue to the category
Africa