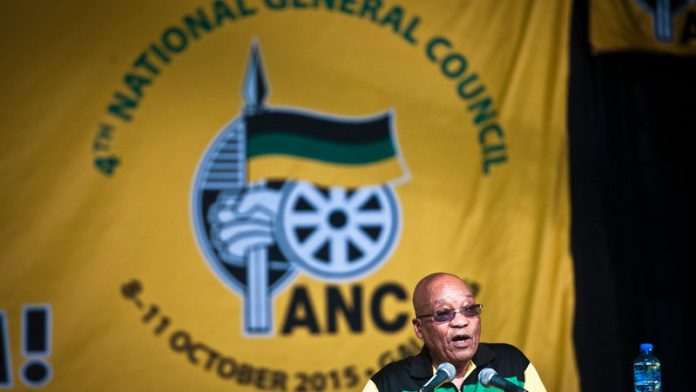 The firing of Nhanhla Nene and his replacement with inexperienced David Van Rooyen at the behest of President Jacob Zuma was the type of political decision-making that was set to have consequences. With billions wiped off the value of key financial stocks on the JSE and a plummeting rand, the country was rapidly staring down a financial abyss and hastened fiscal cliff.

Speculation that the president acted without broad-based consultation on this ill-timed and even more ill-conceived decision caused not only an uproar in the broader business community but also among black intellectuals who saw the move as a virtual “last-straw” in their tolerance of the president.

However, the reversal of the appointment of Van Rooyen – after 4 tumultuous and deeply damaging days – and Zuma’s re-appointment of former finance minister Pravin Gordhan reflects more on the state of the presidency and a new vulnerable era for Zuma and his benefactors.

Without a doubt, such messy, indecisive and short-sighted decision-making has damaged President Zuma.

From “capturing” the treasury only a few days ago, Zuma must’ve come perilously close to a palace coup; he must’ve been cornered by a segment of his own senior leadership both in-and-out-of Cabinet to restore a semblance of positive governance and attempt to undo the damage.

The stunning re-appointment of the respected Gordhan indicates the levels of consternation that must’ve prevailed within the ANC this weekend. But, for Zuma, it is a massive political defeat. And, the President now is more vulnerable than ever.

Zuma’s own iron-grip has been dented – a flip-flopping political head-of-state now becomes a potential lame duck who may now preside over the ebbing away of this own political support base.

This was a moment in which the powerful President of South Africa was confronted – and flinched. And this represents a sign of weakness – a chink in the armour – that is not the friend of sitting heads of state.

As for the effects on the domestic markets, there will be a substantial element of relief. The rand is likely to see some upside and Gordhan’s own relatively intact track-record and political gravitas will fuel a much-needed more positive sentiment – at least in the short-term.

At the very least, there will be relief that a known (and respected) entity like Gordhan will hold the purse stings rather than the vastly inadequate David Van Rooyen.

Although the question-marks over the SAA Airbus financing deal and the nuclear program remain unanswered, one would hope that someone of Gordhan’s political and intellectual gravitas would protect himself by imposing some conditionality in accepting the position.

Indeed, should there be a pull-back on these two critically important issues, he will have shown that he retains autonomy over Treasury and is supported in this by strong centrist elements now openly hostile to President Zuma.

But ultimately, the fundamental questions around the economy remain. Will excessive spending and patronage–induced capital outflows (like that of SAA) continue? Will the nuclear program still see a massive capex commitment from an economy staring down junk-bond status? Above all else, can Gordhan rescue the NDP from the trash-bin and attempt to begin implementing prudent, socially uplifting and market-friendly economic policies?

Whatever the short-term consequences, the real change this last few days has been political. And a political change is required in South Africa to kick-start real economic delivery.

President Zuma and the cabinet will retreat for the Christmas break into relative peace and quiet. But make no mistake, there have been substantial consequences to the Nene debacle. And perhaps, for President Zuma, life will not quite be the same again. The centre might just have shifted in the ANC – and that shift is away from President Zuma. –  Fin24

Daniel Silke is director of the Political Futures Consultancy and is a noted keynote speaker and commentator. Views expressed are his own. Follow him on Twitter at @DanielSilke or visit his website.

South Africa is disproportionately targeted by cybercriminals. Digital attacks call for digital solutions and technology is a the prime weapon in this fight
Read more
Business

Why no vaccine at all is better than a botched vaccine