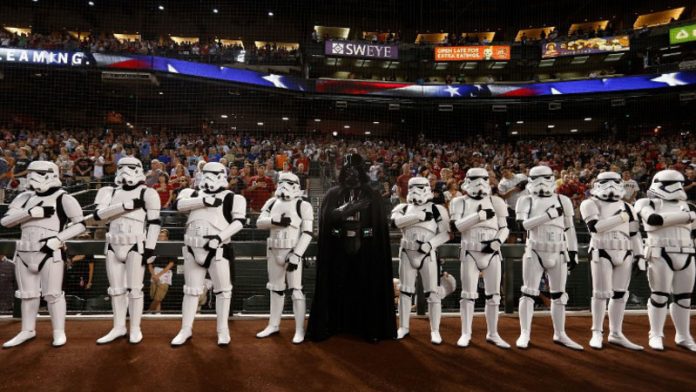 I have the stat in my head as I do my Christmas shopping. Patrice Motsepe comes swinging round the corner, dressed as always in a dashing ensemble that, sadly, lets him down with the world’s ugliest tie.

“Have you heard about this stat?” I ask him. “Apparently the two richest people in South Africa have wealth equal to the poorest 50%.”

“Have you seen the Star Wars figurines?” he asks.

Christo Wiese bumps his trolley into mine. Our eyes meet as he looks out from under a baseball cap.

“Maybe you can help Patrice and me out. Have you heard of this stat saying South Africa’s two richest people have wealth equal to the poorest 50%. Is it accurate?”

“How much are you worth, Christo?” I ask point blank.

“How much do you have, Patrice?”

“I’m looking for the Star Wars figurines,” he says, changing the subject.

“They’re over at the toys,” I say. “I won’t buy one if I were you. They look like expensive burn victims.”

We hear a heated argument and turn to see the Zuckerbergs shopping for a charity.

“Not so loud: you’ll scare the kids,” I say in a hushed voice.

“The bastard,” I say. “Try the Star Wars figurines. I think you can buy the lot for $9-million.”

Patrice and Christo perk up. If the Zuckerbergs buy every Star Wars figurine, they’d have the perfect excuse not to buy one and save some bob.

Just then a wrecking ball rips through the store, taking out the toy section. Jacob Zuma’s voice comes over the PA system to announce Christmas is cancelled until he feels like it.

Christo and Patrice are ecstatic. They high five and saunter out of the shop. The Zuckerbergs turn their attention back to the charities, lose interest and walk out.

Cancelling Christmas seems grossly unconstitutional to me and, frankly, a little rash at such short notice. I walk past the broken toy section. It feels like the world has ended.

In my head I write a letter to Santa asking for $10-trillion, better Star Wars figurines and a new president.

Hansie Smit is a freelance journalist

‘May the Fourth Be With You’ – fans celebrate Star Wars Day

May 4 is globally recognised as Star Wars day as a result of a pun between the popular phrase "May the force be with you" and May the fourth.
Read more
Friday

A novice’s primer on the Force

A quick guide through everything Star Wars
Read more
Africa

Tunisia hopes the landscape that provided the backdrop to George Lucas's "Star Wars" films will again attract tourists as it inches towards democracy.
Read more
Friday

Disney to draw shutters on LucasArts

More than four decades after first playing Princess Leia, the actor confirms she will be returning for the seventh film in the blockbuster series.
Read more
Advertising
Continue to the category
National