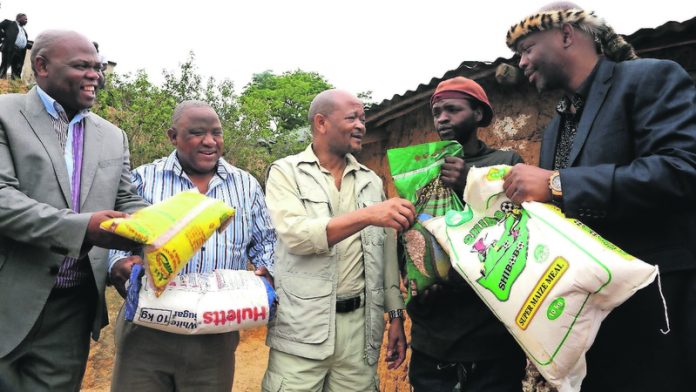 The Vulamehlo Local Municipality forms part of the Ugu District Municipality.  It is located south of the eThekwini Municipality and is bordered by Umdoni to the east, Mkhambathini and Richmond to the north and Ubuhlebezwe to the west.  It was established in 2001 with limited existing capacity at the time.

The municipality is characterised by deep valleys, river systems, hills and broken terrain. The fragmented and steep topography has meant that there is limited development in the area, which has greatly determined settlement patterns.

There is an almost equal split of land between commercial agriculture and traditional settlement areas. Approximately 48% of the area is held under communal ownership through traditional authorities and is administered together with the Ingonyama Trust Board. The balance of the area is privately owned, except for Vernon Crookes Nature Reserve, which is managed by KZN Ezemvelo Wildlife.

Communities in ward five and ward seven of Vulamehlo live in absolute poverty. There are no government programmes in the area on the boundary between the Vulamehlo and the Harry Gwala districts along the Mshane River.

A thorough profiling exercise conducted in Vulamehlo verified evidence from Statistics SA indicating that communities in Mantshiseni (ward five) are in absolute poverty, followed closely by communities in Ovumaneni in ward seven.

The area between Mantshiseni and the river is known as Emkhunya.  Here the topography is unworkable; there is a nutrition and development centre and no government housing project.

In an effort to eradicate poverty in wards five and seven, the department of agriculture has launched a project that focuses on the commercialisation of communal stock. The communities profiled by the PEMP in these wards own livestock with little market value, and will therefore benefit from the commercialisation. As part of the project, households in absolute poverty will receive quality bulls; this will replenish their stock. Basically, the project entails the transformation of communal stock into commercial stock.

Potentially, 1 100 animals owned by 150 families could be commercialised. The government has already provided quality bulls to begin the process.

Additionally, the department of social development provides food packages to families in ward five who are unable to survive on a daily basis.

When imprisonment becomes a business, the profit motive rears its head at the expense of the good of the prisoners. Three recent books deal with the murky workings of the prison-industrial complex in South Africa
Read more
Special Reports