Fixing the poverty and inequality problem 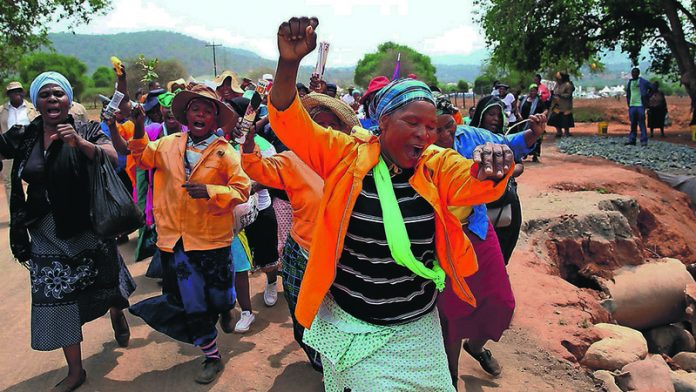 In his state of the province address in June this year, KwaZulu-Natal premier Senzo Mchunu expressed concerns that in spite of declaring poverty in the province “public enemy number one” during last year’s address, it has stubbornly remained.  “Poverty and inequality remain persistent (in KZN),” he said.  “We are not at all pleased about the fact that the percentage of people in our province living below the food poverty line of R318 per month rose from 25% to 28% between 2010 and 2014, despite the fact that we had set a 2015 target of reducing this figure to 18% by 2015. Similarly, social inequality measured as the share of income earned by the poorest 60% of the population remained unmoved at 17.6% between 2010 and 2014, not materialising the target of 19.4% we had hoped to achieve by 2015.

“It is clear, therefore, that a different and more coherent approach is required to address the challenges related to poverty and inequality,” he said.

Eight months later, in October 2015, the KwaZulu-Natal Provincial Government visited Maphumulo, one of the many areas in the province where poverty is rife, where the premier launched the Poverty Eradication Master Plan (PEMP) together with Agriculture and Rural Development MEC Cyril Xaba, MEC for Health Sibongiseni Dhlomo, MEC for Education Peggy Nkonyeni and MEC for Arts and Culture Ntombikayise Sibhidla-Sapheta.

Vegetables are being planted to ensure food security at the Jikijela agricultural cluster, which comprises nine co-operatives funded by the KZN Department of Agriculture and Rural Development, together with Ilembe District Development Enterprise and Ilembe District Municipality. This project has been funded in the following way: fencing (R1-million), irrigation (R1-million), boreholes (R1-million) and a goat project (R400?000). The initiative provides about 30 temporary jobs for a period of two years.

“Poverty is a human rights issue and government will do everything possible to ensure that those communities that are faced with poverty are given a chance to better their lives,” said Mchunu at the launch.  “Through the Poverty Eradication Master Plan, we are hoping to restore the dignity of those communities and individuals that have been affected, through meaningful and holistic interventions.”

The PEMP is a bold and multi-pronged plan for eradicating poverty in the province and giving dignity to its people.  It is positioned within the context of the Provincial Growth and Development Plan (PGDP).

“PEMP provides a framework to be followed and applied in the eradication of poverty,” says Basil Sikakhane, the chief director of the programme.  “The PEMP identifies focus areas (pillars) of job creation, enterprise development, community development, social protection, human resource development and agriculture. It identifies possible game-changers within each pillar. Game-changers are specific interventions intended to extricate households from the vicious cycle of poverty.”

The implementation of the PEMP is centred around a Poverty Eradication Operations Centre based within the office of the premier. The centre comprises a dedicated, full-time operations centre management team and a team of assigned departmental specialists. The specialists are full-time officials in their respective departments, and are released for one designated day a week to assist with the co-ordination and implementation of the PEMP.

Poverty in KwaZulu-Natal: The harsh reality

Poverty is defined as an “economic condition that is caused by levels of income that hinder access to adequate health services, education, housing, food and nutrition, housing and shelter”.

Experts differ on what level of income constitutes extreme and absolute poverty. Some studies have categorised people who survive on R318 per month as being extremely poor. Within the context of these studies, KwaZulu-Natal is home to 3.2 million extremely poor people (out of a total population of 10.5 million). Other studies have used a measurement of more than R620 per month. In this case, almost 45% of the province’s population is extremely poor.

Whatever the figure, the fact is that poverty is prevalent in the province. In 2011, it had the third-highest poverty measure of South Africa’s nine provinces, with a poverty head count of 56.6%, a poverty gap of 25.5% and a poverty severity incidence of 14.4%. According to research conducted for a Poverty Eradication Master Plan (PEMP) — launched by KwaZulu-Natal Premier Senzo Mchunu in October this year — almost 30% of all KwaZulu-Natal citizens live in extreme or absolute poverty.

Data collected and analysed by Statistics SA indicates that the majority of communities that are absolutely poor are in the rural wards of the province. Fifty of these wards are in the Nkandla, Msinga, Vulamehlo, Maphumulo and Mhlabuyalingana municipalities. Additionally, 169 wards are home to communities in the range of extreme to absolute poverty in KwaZulu-Natal.