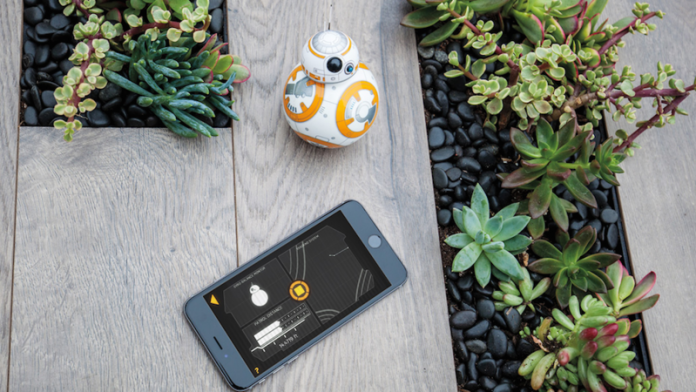 The stand-out gadgets of 2015 each makes its presence felt by touching a chord – although not all in the same way. One speaks to health, one to educational needs and one to sheer entertainment – but in a manner seldom encountered in electronics and gadgetry.

Gadget of the Year: Fitbit Charge HR
It is rare for a gadget that emerges early in the year to become an immediate favourite to win the title of Gadget of Year, but the Fitbit Charge HR made an early claim to the title. It is the market-leading activity monitor, still marginally ahead of the Apple Watch in overall wearable sales, and the undisputed leader in dedicated activity monitors.

The original Fitbit Flex was already a winner in getting people to up their activity levels, but it fell dramatically short in not having its own display. The moment a second device – in this case a smartphone – is needed to make a wearable work, it is not a true wearable, but rather what one may call a connectable.

The Apple Watch does not function truly independently of an iPhone, hence its absence from the selection here. The Fitbit began to come into its own with the release of the Charge, with its own mini-screen and a single control button. It still needs to synchronise with a smartphone or computer for maximum tracking benefits, but is not dependent on either for its core functions.

It does, however, have one gap that is quickly being filled by most smartwatches: heart-rate monitoring. That is an integral element of activity monitoring nowadays and, when included in a wristband, dramatically upgrades fitness use from the clunky old chestbands using radio frequency.

Enter the Fitbit Charge HR. It is as slim as the Charge and Flex, and hence as unobtrusive. However, it includes a heart rate (HR) monitor, so HR was added to the name. It offers exactly what a wearable should: it is low-key, with long battery life, and is simple yet effective. It measures steps, distance and staircases, and, thanks to a recent software upgrade, can detect exercise modes.

Most smartwatches require daily charging, which tends to be the biggest frustration of Apple Watch owners. The Fitbit runs for up to five days, and then charges fully in less than an hour, meaning little activity is lost while charging.

This is a gadget that can and does change lives, and does so in a manner that seamlessly integrates with users’ lifestyles. It started the year as the frontrunner, and ends as the runaway winner.

Educational gadget of the year: Kano computer kit
The Kano Computer Kit starred life on Kickstarter, the crowdfunding site where someone with a great idea appeals to anyone who wants to buy into the idea to fund its development. It raised $1.5-million from more than 13 000 backers, and is now making its way into online and offline stores across the world.

It is a kit that contains the essential components for building a computer, but geared towards children aged 6 to 12, so doesn’t get too technical. No transistors to solder onto motherboards!

On the other hand, it does take children beyond what even their parents imagine a child with no experience can achieve with a computer. From assembly of plug-and-play componenents through to coding the device to make music and games, it awakens both child and parent to a new world of computing possibilities. Merely the fact that it introduces coding languages like Python and JavaScript in an accessible, child-friendly way is already a major recommendation in a world where coding ability is a major asset.

It comes with keyboard, case, low-cost Raspberry Pi computer, processor, build-it-yourself speakers, cables and WiFi connectivity – along with a storybook that guides the child through construction and coding. It plugs into any monitor with an HDMI port – and Kano is about to release a DIY high-definition display too. Expect this one to make waves in schools in 2016.

Fun gadget of the year: Star Wars BB-8 App-enabled Droid
By now it’s old news that Star Wars: The Force Awakens is on its way to becoming the biggest box-office hit of all time. Those who have seen it will point not only to the heroes, the epic tale and the magnificent special effects, but also to the arrival of a worthy successor to the beloved droid R2D2. The newcomer, BB-8, possesses an astonishing array of attitude and emotion for a robot that has only lights and, err, bells and whistles to express itself.

Even before the movie was released, the toy version of BB-8 was on its way to becoming a gift of choice for the 2015 holiday season. In the wake of the movie it is likely to be a runaway success. Only a few inches tall, it is a faithful reproduction of the “real” thing. It is controlled from any Android or Apple iOS device, and can be guided around most terrains.

Most astonishingly, the mini BB-8 responds to voice and evolves its attitude and actions the longer it is used. It records and sends “holographic” videos, making it as faithful to the original as current technology allows. However, it is sheer adorable quotient that makes BB-8 a winner. Few electronic toys have the ability to create quite the bond that BB-8 does.

Slice Of Life: ‘We all have the ability to turn a self portrait into a masterpiece’

Hush, honey! Don’t speak in front of the toys