NGOs speak: Their most pressing humanitarian priorities for 2016 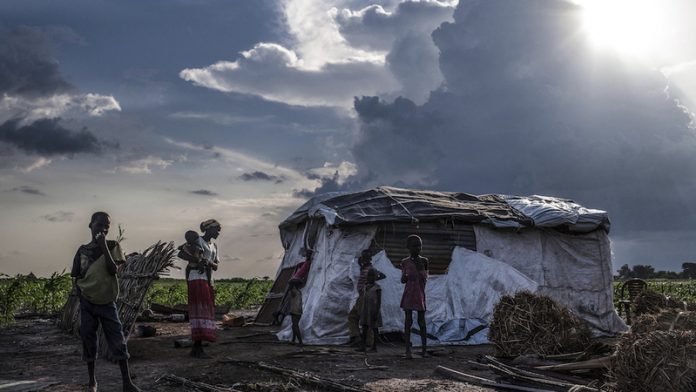 There’s one prediction for 2016 that most aid workers can make with confidence – that the new year will usher in rising humanitarian needs.

Besides displacement caused by long-term conflicts in places like Syria and South Sudan, there is also the threat of more violence in Central African Republic and hunger caused by El Nino, which is expected to bring more drought to already-parched southern regions in Africa and potential flooding in the east.

The United Nations projects that at least 87 million people in dozens of countries will require humanitarian aid next year, and is seeking a record $20.1 billion to meet their needs.

A Thomson Reuters Foundation poll asked 15 of the world’s leading aid agencies to name their top three humanitarian priorities for 2016. Not surprisingly, Syria topped the list of concerns. But what were the others?

“Health system strengthening in West Africa is one of our top priorities for 2016. We need to ensure the health systems in these countries are not only prepared for the next major health emergency, but are also better equipped to deal with everyday health crises,” said Garrett Ingoglia, vice president of emergency response.

“In addition to the crises widely covered in 2015, next year on my radar will be Burundi (and the Great Lakes area), Israel and the Occupied Territories and Afghanistan,” said Dominik Stillhart, director of operations at ICRC.

“Having worked in Afghanistan for 30 years, we see that the conflict is far from over and civilians continue to pay a heavy price: 2015 was one of the deadliest years since 2001. A deteriorating security situation forces people to leave their homes and seek refuge in neighbouring countries or try dangerous routes to Europe,” said Stillhart.

“International relief agencies and underestimated local organisations are able to work with most of the needy in most of the not-so-difficult places. But we are still remarkably absent in hundreds of communities across war-torn Syria, Yemen, South Sudan and Central African Republic. Too few organisations are capable of expanding their presence in areas where armed opposition groups or designated terrorist organisations rule over millions of civilians,” said Jan Egeland, the Council’s secretary general.

“In Ethiopia, the key concerns for Save the Children are to make sure that food is obtained and delivered to children and their families in the most affected areas to prevent malnutrition, to have rapid life saving therapeutic feeding for those children who do fall into severe malnutrition and to provide basic access to water in affected communities,” said John Graham, country director for Save the Children in Ethiopia.

“It is in the field of the neglected tropical diseases where we are most often in communities facing high levels of chronic insecurity, subject either to long-term conflict or frequent flashpoints,” said Dominic Haslam, director of policy and programme strategy for Sightsavers.