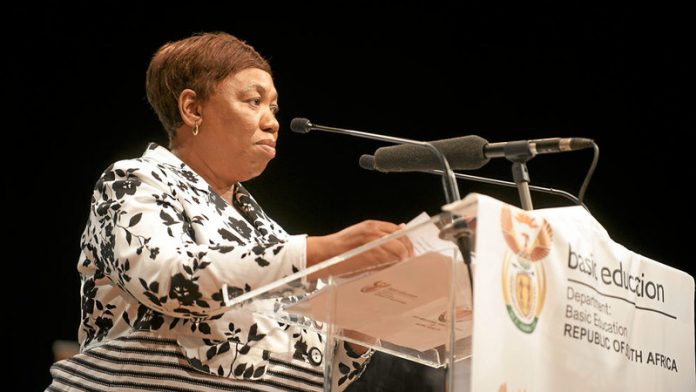 The national matric class of 2015 holds the record for the highest number of grade 12 enrolments in the history of the country’s basic education system.

This was the announcement made by Basic Education Minister Angie Motshekga during a media briefing held at the Vodaworld headquarters in Midrand early this evening where she also officially revealed a  5.1% decrease from the national pass rate of 2014 .

The provincial percentage breakdown for the 2015 basic educational year is as follows:

The following provinces recorded only marginal differences in comparison to the previous year:

Motshekga said the department faced much criticism over the years regarding the quality of the national assessments. Therefore, the standards for the class of 2015 were much higher and, while she herself was taken aback by the difficulty of some of the question papers, she was proud at how well many of the learners tackled them.

Education quality assurance council Umalusi ruled that the assessments were free, fair and credible and the department has devised a plan to help those who failed to meet the basic pass requirements.

Motshekga said: “We have a special plea to all learners who didn’t succeed. This is not the end of the world. We have a special intervention to assist all of you. The Second Chance Matric Programme is intended to provide support to learners who have not been able to meet the requirements of the National Senior Certificate by increasing learner retention … We will officially unveil the full details of this programme tomorrow.”

‘The Plague’, an allegory of the Nazi occupation of France in World War II, is about a town’s fight against an epidemic. It’s a relevant read in the times of Covid-19
Read more
Advertisting
Continue to the category
Coronavirus