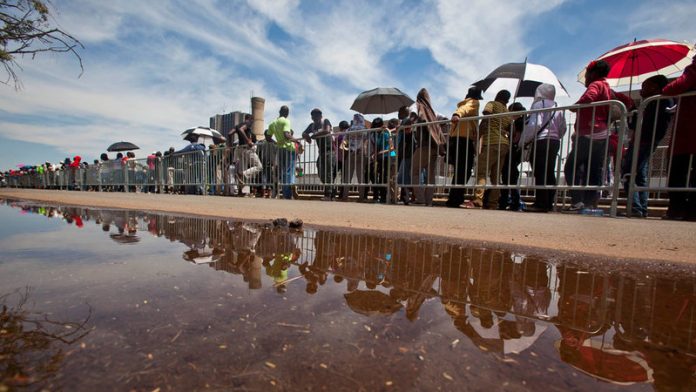 When South Africa’s annual matric results are announced, it is important to listen to what is said – and, more importantly, to what is not.

Basic Education Minister Angie Motshekga offered a sober account of the 2015 results, particularly about the significant drop in pass rate from 75% in 2014 to 70% in 2015. There were some reasons to celebrate: the ministry’s interventions to support “progressed learners” are to be commended. These are pupils who were pushed through from Grade 11 to matric even though their results didn’t qualify them to progress.

Nearly 40% of these learners passed and a not insignificant number obtained Bachelor’s passes, which means they can now apply for university study, and many were awarded distinctions, or “A” symbols. This suggests that the investment has been worthwhile. Many of these learners were given the opportunity to show their true potential.

But what about the things Motshekga didn’t say? In the higher education sector, we are interested in what the results say about the extent to which the 2015 matriculants are prepared for university study. To answer this question, one needs to look a little deeper.

There are two ways to measure admissions into and preparedness for university in South Africa. One is the National Senior Certificate, the other the National Benchmark Tests. The benchmark tests are taken by nearly 80,000 university applicants across the country each year. Together these measures offer complementary data for universities’ admissions decisions. The senior certificate is an indicator of learners’ past school achievement in a range of subjects. The National Benchmark Tests are an indicator of likely future performance against more general competencies, such as academic literacy, quantitative literacy and mathematics.

Not all university programmes require Maths and Science, but these subjects are good indicators of university preparedness. They are also essential for entry into programmes such as Science, Commerce, Engineering and Health Science and some specialisations in the Social Sciences arena. Motshekga said during the results announcement that the number of passes in Maths and Science increased between 2014 and 2015. She qualified this by noting, though, that the percentage pass had dropped.

A technical report is always released alongside the official results announcement. The detail about Maths and Sciences passes in this report is both interesting and important:

While the number of students enrolled for each of these subjects increased, the overall percentage of students enrolled from these subjects remained the same across the two years: 33% of learners in both 2014 and 2015 wrote Mathematics and 24% learners wrote Physical Science. In comparison the percentage of learners writing Mathematics Literacy increased from 46% to 49% between the two years. Mathematics Literacy is a subject introduced in 2006 and typically perceived to be less academically challenging than Mathematics.

In terms of performance, while more learners passed in each of these subjects the percentage of passes for Mathematics is down: in 2015 49% of those writing scored 30% and above, compared to 53% who scored the same in 2014. This means that of the 33% of learners who wrote Mathematics in 2015, only half scored above 30%, which constitutes a pass. Of the approximately 25% who wrote Physical Science as a subject, 59% scored 30% and above, down from 61% in 2014.

Overall these results are of concern for learners who want to go to university and study a science-related subject.

The National Benchmark Test results for the 2015 writers provide an equally sobering picture of performance in these key competency areas. Pupils are scored against three benchmarks: basic, intermediate and proficient. These benchmarks are set by disciplinary experts around the country who represent most of South Africa’s universities.

There is a flip side to the issue of student preparedness: are universities ready for these incoming matriculants? The data I’ve outlined above provides a compelling body of evidence for universities to revisit their assumptions about what constitutes entry level readiness.

This requires a hard and critical look at the undergraduate curriculum. For instance, the University of Johannesburg is preparing to enrol 10,500 new students in 2016. To what extent does it have the necessary Maths and Science curriculum in place at entry level to cater for the diversity of educational preparedness among those new students?

Some will need no support. But the majority will need extensive academic guidance and help.

The reality is that until there is significant reform of South Africa’s undergraduate curriculum, with a particular focus on Mathematics and Science, universities will remain unprepared – even for those who made it through matric, obtained Bachelor’s passes and are, in Motshekga’s own words, “the best of the best” that the schooling system has to offer.