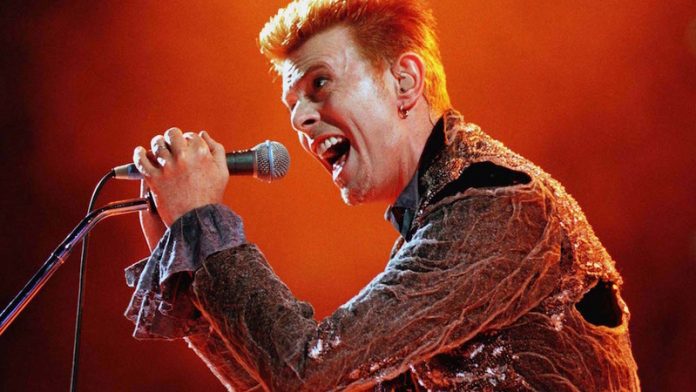 The wildly infuential musician David Bowie died on January 10 at the age of 69. A man of many alter egos, Bowie went from “the 1960s hippy of Space Oddity, through Ziggy Stardust and the Thin White Duke to his later incarnation as a soulful rocker” the BBC wrote in an obituary.

The BBC ran a live blog documenting tributes to Bowie as they poured in and artists from everywhere in the world weighed in on just how important Bowie was to their artistic practice.

On Twitter, US rocker and Bowie collaborator Iggy Pop called Bowie’s friendship “the light of my life” while in South Africa, our very own shapeshifter Umlilo, weighed in, quipping

Bowie’s demise comes two days after the release of Blackstar – album number 20-something – which was released on the date of his birth – January 8.

The video to Lazarus depicts a bed-bound Bowie struggling to overcome illness.

According to producer Tony Visconti, the album was inspired by rapper Kendrick Lamar with his 2015 album  To Pimp A Butterfly, which the pair were listening to a lot during the making of Bowie’s album.

Golden Globes: The winners and the fashion

Revenge drama The Revenant and space adventure The Martian took the top film awards at Sunday’s Golden Globes at the Beverly Hilton, setting them up as formidable Oscar contenders after a night of surprises and stinging barbs from return host Ricky Gervais.

In a closely-contested men’s field, DiCaprio prevailed over The Danish Girl star Eddie Redmayne and Concussion lead Will Smith, to win best actor for his role as a fur-trapper seeking retribution.

DiCaprio (41) who has yet to win an Oscar, received a standing ovation and said he shared his award with indigenous people around the world.

“It is time that we heard your voice and protected this planet for future generations,” the actor, an environmental activist, said.

The Golden Globes, handed out by the Hollywood Foreign Press Association, are the first major film honours of the Hollywood awards season that culminates with the Oscars on February 28. They can give much-needed momentum to films in a crowded field, and in recent years, top Globes have gone to movies that went on to win the Oscar for best picture.

Gervais, who returned to the show as host after a three-year absence, sipped beer and took shots at everyone from Jennifer Lawrence to Matt Damon and at one of his favourite targets, the Golden Globes themselves.  Gervais riled up the audience with an opening monologue in which he called the A-list audience “disgusting, pill-popping, sexual deviant scum,” setting the tone for the bawdy humour that filled the night.

Oscar-winning actor Denzel Washington joined the ranks of Steven Spielberg, Martin Scorsese and Robert De Niro when he was awarded the Golden Globe for lifetime achievement on Sunday – only the third black actor to be recognised in the more than 60-year history of the award. Washington (61) was presented with the Cecil B. DeMille Award at the Golden Globes ceremony in recognition of his work in front of and behind the camera. He accepted the award flanked by his wife, Pauletta, and three of his children.

What would a red-carpet event be without the requisite strutting. Below is a series of images celebrating some of the artists who came out in their finery.

Radio personality and former  Idols SA judge Gareth Cliff has spoken out after being axed from the singing show. M-Net announced in a statement over the weekend that Cliff, a controversial personality, will not be part of the show’s judging panel for the new Idols season. Auditions for the show will start on January 30 in Durban, with judges Randall Abrahams, Somizi Mhlongo and Unathi Msengana.

Cliff was sacked after a posting a tweet that said: “People don’t understand free speech at all”. He received backlash over the tweet which was posted after estate agent Penny Sparrow referred to black beachgoers in Durban as monkeys on social media.

The public on Twitter then called on Idols SA to fire Cliff for his tweet, which was tagged as racist and in support of racist rants. Some DStv subscribers threatened to boycott the singing show if Cliff stayed on it. He has since apologised for his tweet.

On January 10, Cliff shared his thoughts on the issue on  Facebook.

“Like everyone else, it would seem that the M-Net executive (or whoever the powers may be) yielded in the middle of this frenzy. In my experience, it usually takes around seven days for these fires to burn out so the announcement managed to catch the tail end of this one. The M-Net PR machine may have been up at midnight crafting their announcement, but while I woke up to calls on Saturday morning from various newspapers for comment, I wasn’t going to let this eat into my weekend. I will reserve my right to respond at the appropriate time.”

According to him, his tweet was taken out of context.

“My response on Twitter was not to Penny Sparrow but to a tweet about a survey on Freedom of Speech which spiralled out of control… But we’ve already dealt with that. Instead of constructive dialogue, it’s a call for the blood of little-known people and one loud-mouthed and sometimes insensitive broadcaster.”

M-Net CEO Yolisa Phahle said the broadcaster “did not believe Cliff was a racist but his response showed a lack of empathy for our history and it is important to differentiate between freedom of speech and hate speech”,  City Press reported.

“Where to next? Now fully unencumbered by any other master and solely an entrepreneur, I will continue to build the platform we launched in May 2014 – CliffCentral.com. “

Thapelo Mokoena being wheeled out of the hospital after being treated. (Instagram)

Actor and TV presenter Thapelo Mokoena was recently involved in a hit-and-run in Vanderbijlpark on January 5, according to a post he wrote on  Facebook on January 9. But Mokoena believes it was a hate crime, and not just an accident.

He was out for an evening run at 7.45pm when, according to “two street rubble collector” men, a red car driving on the fast lane and then on the slow lane, knocked Mokoena out of the road. The red car switched into the fast lane and drove off, leaving the actor unconscious, bleeding on the ground.

“According to the 2 street guys, the driver of the vehicle and his passenger where white males…,” he wrote.

A couple in the neighborhood came to his aid and when he eventually regained consciousness he instructed them to drive him home to his wife, who later drove him to hospital.

“I was unconscious for 15 to 20 minutes on the road and I miraculously took a huge gasp of air and went manic.

“I have open wound in my head and I am being stitched, open wounds on my back, my arms and the back of my legs and a fractured ankle so I can’t walk. I can’t even sleep because every angle I turn on, I sleep on a wound. I’ve even started doing push ups in order to use this time effectively.”

In post he mentions his plan to open a case against the unknown drivers who knocked him over.

“I still have no idea who the drivers of the red Audi are/were.”

“We are still in a South Africa full of hate and animosity.”

Mokoena, who starred in the film the Nelson Mandela biographical film Mandela: Long Walk To Freedom as anti-apartheid activist Elias Motsoaledi, used the opportunity to pay also homage, in his post, to the ANC, who celebrate their 104th birthday this month.

On January 9, the Rolling Stone published an article by Hollywood actor and director Sean Penn on his September 2015 visit to Joaquin “El Chapo” Guzman’s Durango state hideout in Mexico.

The recently recaptured El Chapo, or “Shorty” built a drug empire to outmatch even that of Colombia’s infamous Pablo Escobar, and boasted to Penn that he supplied “more heroin, methamphetamine, cocaine and marijuana than anybody else in the world” and had a fleet “of submarines, airplanes, trucks and boats” to aid in the task.

This was only two months since El Chapo escaped from Altiplano maximum-security prison through a mile-long tunnel, his first escape being 13 years earlier from Puente Grande prison, where he was smuggled out under the sheets of a laundry cart.

Penn marvelled at how (reatively) relaxed the invitation was, noting the lack of blindfolds as they travelled to the hideout, probably as a result of the trust Shorty had built with his favourite actress Kate del Castillo.

The “interview”, which Penn admitted was submitted to El Chapo for approval before publication, was roundly criticised as an insult to journalism, with Alfredo Corchado, former Mexico City bureau chief for The Dallas Morning News telling the Washington Post that: “When you’re not really challenging the person and have agreed to submit the story for approval, it sounds more like a Hollywood entertainment.”

To describe #chapo #SeanPenn mtg as an interview is an epic insult to journalists who died in name of truth . https://t.co/PANaKK1trO

According to an Independent blurb, which posted some tweets emanating from the furore, there were jokes, memes and serious criticism.

“Mr. President, Sean Penn is here to interview you.” pic.twitter.com/ccIKlH6U0j

According to time.com, Mexican authorities are trying to speak to Penn and Castillo about their contacting of “El Chapo”.