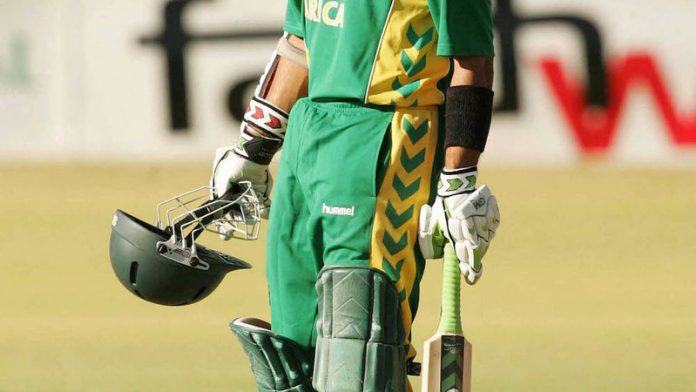 Former South African cricketer Gulam Bodi is co-operating with Cricket South Africa (CSA) with the likelihood that several other top-level cricketers will be shamed in the latest match-fixing scandal.

Bodi, through his lawyer, would neither confirm nor deny his culpability, but said he was co-operating with CSA in their investigation.

CSA confirmed on Thursday that Bodi, a former Proteas‚ Dolphins‚ Titans and Lions cricketer, is one of the South African cricketers charged under its anti-corruption code. CSA said an internal investigation is underway.

“Following our investigations and due process, we have reached a point where we can confirm that Mr Bodi is the intermediary who was charged by CSA in early December 2015 under the CSA anti-corruption code,” said CSA’s chief executive, Haroon Lorgat.

“Mr Bodi is presently co-operating with the CSA anti-corruption officials. We now await his response to the charges and the matter will take its course in accordance with the process outlined in the code.”

Asked whether Bodi was maintaining his innocence, his lawyer, Ayub Kaka, said “that’s an unfair question at this early stage”.

Kaka said, although Bodi is facing a number of charges, the investigation is an internal matter and criminal charges have not been pressed.

CSA couldn’t confirm whether its anti-corruption and security unit had laid criminal charges. “There’s a number of charges. I can’t give the details off the top of my head,” Kaka said. “The only thing we can say at this point is that there is an investigation and we are looking at what the charges are and then we can decide how to proceed.”

Kaka added that Bodi was providing information to CSA, and co-operating with the investigation. “They have asked us for some information, we’re giving them what we have and getting some stuff together, and that is where it’s at,” Kaka said.

CSA first issued a statement on the charges in December, saying that an “intermediary has been charged with contriving to fix, or otherwise improperly influence, aspects of the 2015 Ram Slam T20 challenge series”.

The cricketing body also said that charges include “failing or refusing, without compelling justification, to co-operate with an investigation carried out by CSA’s designated anti-corruption official”.

Kaka said he was unsure how long the investigation had been ongoing, but Bodi was hesitant to respond to charges before he had legal representation. “Right in the beginning, before he was represented, he was uncertain. It was not a question of him not wanting to co-operate, but he was just not sure what to do,” Kaka said.

“I’m not quite sure how long they were busy with him before he came to us. He has been with us three weeks before we closed, so let’s put it as since the end of November.”

On Thursday, reports began to surface that Bodi was at the centre of the match-fixing scandal, which is the first to rock South Africa since the infamous match-fixing scandal in 2000, which implicated Hansie Cronje, Herschelle Gibbs, Nicky Boje and Pieter Strydom in international match-fixing. In 2004, the Prevention and Combating of Corrupt Activities Act came into effect.

The Act includes a section known as the “Hansie clause” in reference to the former South African captain. Under the Act, offenders face a penalty of either a fine or a maximum of a life sentence if the accused is convicted in the high court. The sentence decreases to a maximum of 18 years if the judgment is heard in a regional court, and five years in a magistrate’s court.

Although more players could be charged with the failure to report match-fixing activities, CSA could not confirm the number of players involved.

Bodi was originally born in India and arrived in South Africa as a teenager. The 37-year-old began his career representing SA Schools before playing for the under-19 squad in the 1998 World Cup in South Africa. Bodi played in the Proteas team for two one-day internationals, making his debut in 2007, and one T20. His left-arm chinaman drew attention early on in his game, but later his batting would earn him more kudos.

The former cricketer has been provisionally suspended under article 4.7.1 of the anti-corruption code, and is required to co-operate with the CSA’s anti-corruption and security unit.