Nigeria tops list for Christians killed for their faith 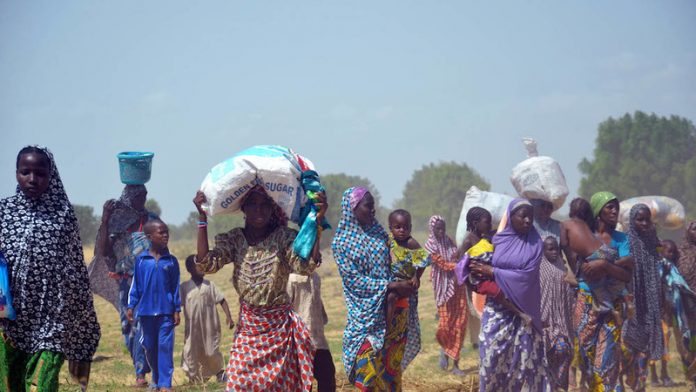 Religious persecution is on the rise in Africa and the Middle East, forcing millions of Christians to flee their homes for overcrowded refugee camps and to risk smuggling routes to Europe, according to a report.

The targeting of Christians has become worse over the past year, says Open Doors, a charity that monitors religiously motivated violence and discrimination, and produces an annual league table of the worst countries in which to be a Christian.

North Korea continued to top the list for overall persecution in 2015, but Nigeria came first for the number of Christians killed for their faith, recording more than half of the 7 000-plus killings around the globe.

“The headlines focus on the Middle East, but there were more recorded killings of Christians due to their faith in northern Nigeria in 2015 than in the rest of the world put together; 4 028 out of a worldwide total of 7 100 reported deaths,” the report says.

Out of 50 countries listed by Open Doors, the six where most Christians were killed for directly faith-related reasons were in sub-Saharan Africa: Nigeria, the Central African Republic, Chad, the Democratic Republic of Congo, Kenya and Cameroon. “In numerical terms at least, though not in degree, the persecution of Christians in this region dwarfs what is happening in the Middle East,” the report said.

More than two million people, many of them Christians, have been forced to leave their homes in northern Nigeria, where the Islamist terror group Boko Haram is waging a deadly campaign.

Open Doors also reported violence inflicted on Christian farmers by Hausa-Fulani tribesmen in Nigeria, and conservatively estimated that there have been more than 1 500 religiously motivated killings.

Eritrea, at number three on the list, is dubbed “the North Korea of Africa”. President Isaias Afewerki’s “totalitarian paranoia” is driving hundreds of thousands of its citizens into the hands of people smugglers.

“Eritrean Christians, even though they know there is a very high probability of falling into the hands of traffickers and ruthless radical groups like Daesh [Islamic State], are still desperate to escape from Eritrea,” according to the report.

Women and girls are on the frontline of religious persecution, it says. “In many places in the world [they] face a double vulnerability: the disadvantage and repression prompted by their gender is overlaid by the hostility and persecution that comes from their minority Christian faith.”

Among the abuses faced by women and girls are kidnapping and forced marriage, “honour killings”, rape, beatings, having acid thrown in their faces and domestic violence.

The Middle East continued to be a major hub of anti-Christian persecution. David Alton, a campaigner on the issue, described events in Syria and Iraq as “a genocide that dares not speak its name”.

He added: “Deep-rooted religious hatred, a hatred of difference, is driving on a systematic campaign of deportation and exodus, degrading treatment, including sexual violence, enslavement, barbaric executions and attempts to systematically destroy all history and culture that is not their own.”

India is also highlighted in the Open Doors report for the rise in persecution of Muslims, Christians and other minority faiths since the election of Narendra Modi as prime minister at the head of a government dominated by the nationalist Hindu BJP party. It is now at number 17 on the list, up from 31 two years ago. – © Guardian News & Media