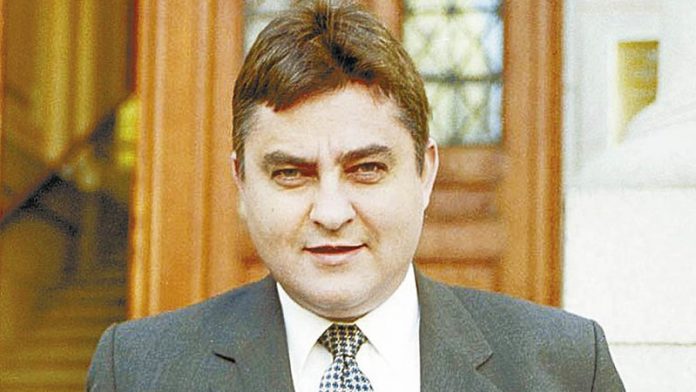 The arms deal commission of inquiry’s findings are known only to President Jacob Zuma, for now. He received its final report on December 30 last year.

The public hardly appears to be waiting for the report with bated breath, but a flicker of hope remains among interested parties that some of the questions plaguing the controversial R70-billion 1999 arms deal will finally be answered.

The commission was established in 2011 to investigate the deal.

But it was soon the subject of controversy, too. Evidence leaders resigned, citing a second agenda at play, and witnesses pulled out of the process, citing concerns about the commission’s true intentions.

The date of the report’s release is entirely up to Zuma.

The Mail & Guardian spoke to whistle-blower Richard Young, whose efforts to get to the bottom of what happened during the arms deal span more than a decade and millions of rands in litigation and research, to get his take on whether there is any hope that the commission’s final report will lay the ghosts of the notorious deal to rest.

When do you think the report will be released?
After the [local government] elections [expected but not yet ­confirmed to take place] in May, unless the conclusions of the report are so advantageous to the government position – then just before [the election].

Do you think commission chair Willie Seriti is likely to find wrongdoing on the part of anyone?
It is very hard to say. I gave evidence for three weeks in March and oral arguments during two days in June. At this stage we do not even know the official position of the admissibility of crucial documents ­submitted for evidence.

We do not even know how the commission is going to use the Debevoise & Plimpton report [compiled by a United States law firm, revealing wrongdoing in the deal] as the commissioners said that it would not be formally admitted into evidence that would be used by the commission in its deliberations.

Now, what the heck does that mean?

Who do you think will be most affected by the report?
Although I do not know the answer … I have a gut feeling that is going to be the “critic” witnesses [critics of the arms deal]. I think that the vast majority of them are going to be torn to absolute shreds.

Do you think the report is likely to put the arms deal matter to rest in the eyes of the public?
Not to the thinking public. But I do not think that there are too many of them. For about the past two years and certainly after the main government witnesses such as [former president] Thabo Mbeki etcetera testified towards the end of 2014, there seems to have been almost zero public interest in the arms deal in general and the commission in particular.

Why so little public interest?
Even though I testified for three weeks in March last year, I only saw the SABC there nearly every day and only another three journalists there for kind of a half day each other time … Sadly, although the arms deal started it all, in the public eye, things like rhinoceros poaching, Eskom’s load-shedding … and the nuclear build have taken away the attention of the already fatigued public on the arms deal. Although South Africans in general claim to care, very few of them care enough to do anything about it. Hopefully for the rhinoceroses’ sakes I am proven to be wrong.

Can criminal charges be pursued against actors in the arms deal even if the report does not recommend this?
Yes, there is always such a thing as private prosecution. It is hideously expensive. The Schabir Shaik/Nkobi Holdings case cost the state more than R40-million in 2005 rands … I do not think that a private prosecutor has any such means.

Is this the end of the road for investigations into the arms deal?
Probably … one simply has to be realistic.

Once the report is out, will you consider the matter put to rest?
Not necessarily. Some windmills were made to tilt against. It all depends on the quality of the report. That quality will be critically reviewed by some in respect of completeness, correctness and consistency.

An inquiry of red flags

The arms deal commission, chaired by Judge Willie Seriti, wrapped up its work in June last year after hearing 56 witnesses and receiving masses of documentation since its establishment in November 2011.

The commission had originally been scheduled to ­complete its work within 12 months of being established.

Seriti said the commission’s work had “not been plain sailing” but that it had managed to overcome many obstacles.

During the course of its work it saw the resignations of researchers Mokgale Norman Moabi and Kate Painting – who both alleged a “second agenda” at the commission, and of commissioner Judge Francis Legodi, on the eve of the start of public hearings. Legodi did not explain his resignation.

Subsequent leaks showed they had complained that they were not given access to key documents and were prevented from cross-examining witnesses.

Several so-called “critics” of the arms deal, including authors Paul Holden, Andrew Feinstein and Hennie van Vuuren, warned that the commission was leaning towards a one-sided narrative. They subsequently withdrew from participating in it.

Meanwhile, former Cabinet ministers Alec Erwin, Ronnie Kasrils and Trevor Manuel, and former president Thabo Mbeki, told the commission the deal was above board, as did weapons manufacturers and the middlemen involved in the deal.