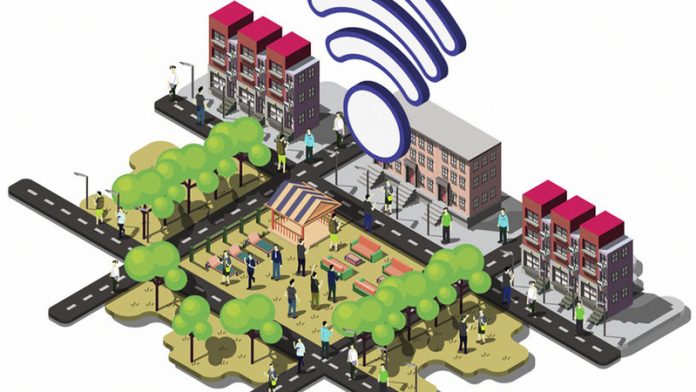 These seven answers were given in response to the same request: “Describe a week without wi-fi.” They provide some insight into the role played by wireless broadband in the lives of South Africans. There are those who can’t live without it, those who want to live without it and those who want it, but are forced to live without it. It’s a long-term marriage partner for some users, an erratic flirtation for others – or it’s the guy who asks for your number and then never calls back.

Wi-fi was hailed 11 years ago by The Economist’s Technology Quarterly journal as “the single success of the computer industry in the last few years, a rare bright spot in a bubble-battered market”. Since then it’s developed and proliferated to become the internet mainstay for much of the globe. It’s making broadband connectivity cheaper and more widely available. “Free wi-fi” is no longer a buzz­word: it’s ubiquitous.

Around the turn of the century, public internet was limited to internet cafés, which allowed user dial-up or DSL access on personal computers at a (sometimes exorbitant) half-hourly fee.

The growing reach of wi-fi has revolutionised that. Free wi-fi is now available at most major airports in the world. You can connect for free at many subway and train stations. It’s offered (albeit often for a fee) at coffee shops, gyms and libraries. And any hotel that doesn’t support some form of wi-fi is likely to get outraged reviews and a decrease in clientele.

Its presence is so universal that a coffee-shop owner in South Africa recently put up a sign on one of the fridges: “We don’t have wi-fi. Talk to each other. Pretend it’s 1995.”

The tech company Sys-Con estimates there will be more than seven billion wi-fi-enabled devices manufactured between 2014 and 2016.

It has precipitated a massive technology shift, with users moving more and more of their online pursuits away from SIM-card-enabled internet connections such as 3G, 4G and Edge to wi-fi.

The Wireless Broadband Assoc­iation estimates that, by 2017, 60% of global carrier network traffic will be offloaded to wi-fi.

And, with a mobile penetration of more than 100%, South Africa is running to keep up. It’s no longer just a business imperative; it’s become a matter of provincial and state policy touted as a way to help redress economic imbalances.

In its 2014 election manifesto, the ANC unveiled plans to “substantially reduce the cost of communication”. One of the three ways of doing this will be to “support and develop free wi-fi areas in cities, towns and rural areas”. As part of this initiative, the local electronics sector and emerging entrepreneurs will be stimulated, the ruling party promises.

Major metros have rushed into this increasingly politicised space. Johannesburg’s mayor, Parks Tau, has announced his intention to roll out 1 000 wi-fi hotspots throughout the city before the end of his term in 2016.

Democratic Alliance-led Cape town has embarked on a similar campaign with Western Cape premiere Helen Zille announcing an intention to roll out wi-fi hotspots across the city, the eventual goal being for all citizens to have free access.

But blazing the wireless connectivity trail with “the largest government-funded wi-fi project in Africa” is the City of Tshwane. South Africa’s capital has partnered with Project Isizwe, a non-profit organisation headed by technology savant Alan Knott-Craig Jnr, to provide wi-fi hotspots in public spaces, concentrating on low-income areas. Currently, 715 free wi-fi spots are in place.

Project Isizwe believes the provision of government-funded free wi-fi in public spaces in low-income areas is “the best means of addressing inequality” in South Africa.

“A recent World Bank study showed that, for every 10% increase in population access to the internet in sub-Saharan African countries, there was a 1.38% increase in gross domestic product,” he said. In his opinion, “the internet is the great equaliser”.

“When you get on to that webpage, no one checks your background before they decide what you can have access to,” said Khan. “You can google something and get the same results as anyone else.”

Project Isizwe asserts that the government should be providing free wi-fi as a basic service “the same way they provide water, refuse removal and so forth”, said Khan. The vision is for every citizen to be in walking distance of a hotspot, and to enjoy an initial amount of data a day for free.

In Tshwane, that free amount is 500 megabytes of data per device a day. A person making use of this service daily would get almost 15 gigabytes of free data a month, and at a connection speed several times faster than most household connections. If one were to pay for the same amount of data from a mobile service or ADSL, it would cost about R650 a month.

Most people agree that cost has been the major inhibiting factor to internet penetration in South Africa, which now has about 25-million active internet users, or a little less than half the population. Broadband use is somewhat lower, with about 40% of the populace using it for regular access. A recent study ranked South Africa 137 out of 150 countries for broadband costs.

“Our infrastructure can support 100% broadband access,” said Khan. “The broadband prices should be significantly cheaper. Something in that space must change.”

Apart from the broadband itself, there’s another component to the idea of everyone being online: they all need devices to do so. A bottom-of-the-range feature phone does not support connectivity and, with the median salary in South Africa still hovering at less than R4 000 a month, expensive devices may be out of the price range of many households.

But Khan said that concern was more valid 10 years ago than it is today. “Technology has adapted so rapidly a smartphone can be bought for under R350,” he said. “Both feature phones and smartphones have wi-fi access. Only 5% of phones don’t have.

“The wi-fi updates are always compatible with the previous versions. You can have a feature phone that was manufactured five or six years ago that can still connect to the latest wi-fi standards.”

He cites a limitation to the process of getting access to information using a device: battery life.

“I think this idea of accessing information ‘anywhere, anytime’ is a bit of a misnomer,” he said.

“Short battery life creates limitations for people who don’t have free or easy access to electricity. Today’s cellphone batteries should last much longer, typically at least a week.”

Even if costs are addressed and devices become widely affordable, will widely spread wi-fi internet connectivity be the game changer, as Zille put it in a 2014 address, that many believe it can be?

Although most specialists in the industry agree it is a worthwhile endeavour, some are moderate in their anticipation of its effect.

“Whereas such initiatives must be applauded, free wi-fi is not necessarily the escalator to economic empowerment it is made out to be, nor is it guaranteed to lead to the enlightenment of those stuck in the digital divide,” said Mac van der Merwe, associate professor at Unisa in the School of Computing. “Simply put, one cannot throw technology at people and hope that it will automatically liberate them at whatever intended level.

“What will the average child do with limited free bandwidth? Download music, use it to socialise, or use it wisely, as intended, to further their education? Who will teach them (and older people) to use the internet safely?”

It is generally accepted that a user’s security is compromised when making use of public wi-fi. Internet safety and security is coming under increased scrutiny, with the French police recently calling for free public wi-fi to be banned in light of the November terrorist attacks in Paris.

Nevertheless, Khan is adamant that most people use free wi-fi in productive ways. “The biggest resources used over [our] internet are related to education. For example, Wikipedia and YouTube,” he said. “Job searches are the second highest use.”

Despite the progress that has been made, South Africa still has a long way to go before those most in need get to benefit from access to wi-fi.

Sne Mdletshe (25), who lives in Durban’s KwaMashu, responded to the idea of a week without wi-fi like this: “Wait, what is wi-fi? I joke. But, really, wi-fi in the township is a rumour. We are Cell C data people here.”

Innocentia Tema (26), from Atteridgeville in Tshwane, commented similarly. “A week without wi-fi would be normal because I hardly use wi-fi. I buy my data and use it,” she said.

Internet a distant dream for many in oil-rich Equatorial Guinea

Bangladesh slows internet ahead of election