Epidemics on the horizon if threats not addressed – MSF

The international aid organisation, Doctors Without Borders (MSF), has warned that without proper investment, epidemics of cholera, malaria, measles and meningitis are likely to pose a significant threat in the year ahead.

“At the same time, the threat posed by emerging and re-emerging virus and parasite-spread diseases – such as dengue fever, Zika, Ebola and kala-azar – needs to be faced,” warned the organisation’s Monica Rull in a statement ahead of the World Health Organisation’s (WHO) executive board’s meeting in Geneva this week.

Dengue fever is a viral disease transmitted by mosquitoes and causes fever and acute pains in the joints. Zika is also caused by a virus carried by mosquitoes and symptoms include a fever, joint and muscle pains and conjunctivitis. Ebola virus disease is a severe and often fatal illness. Kala-azar is the second largest parasitic killer in the world – only malaria is more deadly – and affects the liver, spleen, bone marrow and lymph nodes.

The MSF said current strategies to prevent major disease outbreaks show only limited success. The WHO has an early warning and response system to deal with epidemics.

But MSF’s deputy medical director, Tammam Aloudat, told Bhekisisa that the WHO’s system varies in “its ability to do the job expected from one place to the other”.

“It was clear, for example, that while it worked in some cases, it has fallen short in others. The delay in Ebola response is an example of where a high stakes outbreak didn’t attract the early and vigorous response it required. This is even more likely to be the case for smaller and less ‘media attractive’ outbreaks,” he said. 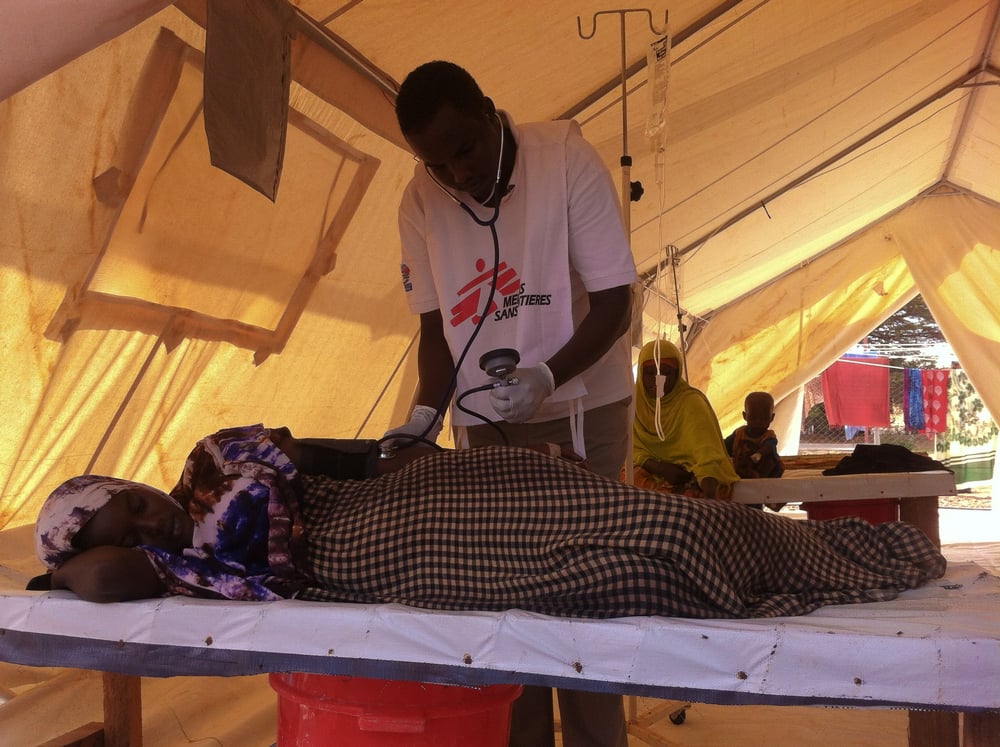 A Médicins Sans Frontières doctor tends to a patient affected by cholera in Kenya. (Photo: MSF)

Aloudat said a “one-size-fits-all approach is not likely to work” and called on governments and organisations to work towards a system that is “vigorous, strong, and context-sensitive”.

The MSF said a number of measures can be taken to address the risk of epidemics. These include improving health infrastructure, health education, “rapid alert and response, and free medical care for sick people”.

In Gauteng, seven cases of typhoid fever, including one death, have been confirmed since last week. But the provincial department says all health facilities are on high alert and an outbreak response team is monitoring the situation closely.  Typhoid is a notifiable disease and is highly infectious.

The Democratic Alliance’s MEC for health, Jack Bloom, has warned that “it is important that we establish the source of these typhoid cases and take steps to prevent the spread of this disease”.