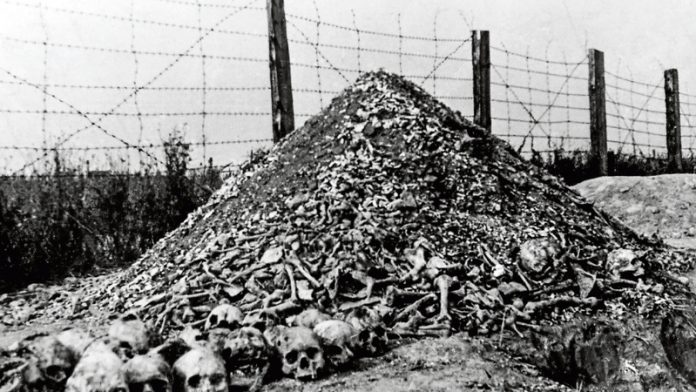 FINAL SOLUTION: THE FATE OF THE JEWS 1933-49 by David Cesarani (Macmillan)

The term Holocaust to billions of average Joes refers to six years in European history when six million Jews were gassed to death because the Germans hated them – or variations on that theme. This level of misplaced knowledge and erroneous history in the name of what is now a commercial industry is specious and dangerous, argues David Cesarani – a scholar considered among the United Kingdom’s best commentators on Jewish history – in his ground-breaking work re-examining Holocaust historiography.

In taking ownership of the Holocaust, world Jewry spawned more than three generations of Holocaust-branded film, fiction and general awareness of this historical set of events, which, Cesarani says, has been fraught with inaccuracy.

More than 70 years after the liberation of the concentration camp Auschwitz-Birkenau – commemorated on January 27 and known now as International Holocaust Remembrance Day – Cesarani’s tome critically unpacks Holocaust scholarship, how it has been turned into a brand, and what this means for society.

It’s a bold narrative – of interest to South Africa, laden with xenophobic history and fraught with economic and social challenges as it is – which doesn’t relent in teasing apart notions about the Jews’ fate between 1933 and 1945 in Central and Eastern Europe. Sadly, the release of this work is posthumous: Cesarani died last October.

In splaying issues succinctly yet densely, Cesarani sweeps the reader away on a tide of corroborating detail. Although his trajectory of the Holocaust is traditional, beginning in 1933 and, chapter by chapter, year by year, extrapolating on the rising temperature of European politics, he cogently argues points such as the lopsidedness of an understanding of Auschwitz-Birkenau; the falsity of iconic images; the questionable value of survivor testimony; and the nature of Jew hatred and its prevalence.

The primacy of Auschwitz-Birkenau renders Holocaust awareness lopsided, according to Cesarani. There were many concentration camps; the focus on this one was pragmatic rather than about historical accuracy. Today, the site of Auschwitz-Birkenau is a museum for day-trippers. It was the place where some 960?000 Jews were killed, but it was neither the only one nor the most aggressive: 860?000 Jews were killed in Treblinka, in a shorter space of time.

Writing of the damaging effects of Hollywood and fiction on history, he cites the iconic freight car in which scores of hapless Jews were ignominiously transported to certain death. This image, beloved by so many film-makers, is but one circumstance: arguably more Jews were shot dead by people they knew on the streets of their hometowns.

Much Holocaust scholarship was informed by survivor testimony. On paper this approach feels authentic, but so much was happening on so many levels to so many individuals that one microcosmic accounting cannot possibly offer a comprehensive understanding of one of the world’s more incomprehensible acts of devastation on humans by humans.

Cesarani disagrees with the assertion that the Holocaust was a “death machine” streamlined by German precision, from the deportation of Jews until their mass deaths. Rather, he argues, it was a bumbling set of ill-co-ordinated government misjudgments that led to this monstrous reality.

He continues with a focus on the idea that all Germans at the time were anti-Semitic. Considering the financial cataclysm into which Germany had begun to slide, he writes of the anti-Semitic impetus behind the Holocaust, fed by unemployment and poverty in Germany.

Traditional Holocaust narrative distinguishes villains from victims. Like any people, Jews are a complex mess of good, bad and ugly, and all the permutations of possibility that make human beings human beings. A sanitised reflection on Jews only as victims hurts an understanding of Jewish identity. Cesarani touches on inflammatory issues such as attacks on Jews by Jews, sex crimes by Jews and revenge acts perpetrated by Jews against Nazi children.

Though critical toward the historical traditions, Cesarani does not take strips off previous scholarship. Rather, he offers respectful tribute to the discipline’s earlier voices. Not pretending to be a literary survey, up until its epilogue, the book is traditional. In the epilogue, Cesarani critically considers 1945 to 1949.

Most Holocaust scholarship ends with the war, and in fictional accounts the period after the war is the romantic hiatus in which lovers miraculously find one another. But, writes Cesarani, this neglected period brought problems by way of reintegration and restitution, leaving foreign, stateless Jews suffering, sometimes dying under discrimination in many European countries.

Cesarani quotes Earl Harrison, the United States representative on the Intergovernmental Committee for Refugees: “As matters now stand, we appear to be treating the Jews as the Nazis treated them except we do not exterminate them. One is led to wonder whether the German people, seeing this, are not supposing we are following, or at least condoning,  Nazi policy.”

Cesarani’s scholarship has been contingent not only on the research of contemporary historians, but also on the fact that scholars during the past few years have seen the opening of Eastern European archives, which for decades after the Holocaust were not accessible to researchers in the West.

Furthermore, he considers to what extent economic exploitation underpinned Nazi anti-Jewish policy as a major Holocaust scholarship theme since the 1990s.

“For the Germans, the confiscation of Jewish wealth was an important supplementary source of funding for the voracious war economy. The expropriation of Jewish homes, furniture, furnishings, household articles and clothing supplied the needs of poor Germans and families whose own residences had been destroyed by bombing.”

He explains how the price on Jews’ heads in various pockets of Europe rendered them commodities: “Greed, not anti-Semitism, motivated many people to align themselves with the German occupiers.”

In effect the final word on the Final Solution for this generation of Holocaust scholarship, Cesarani’s book is a thoughtful rethinking not only of political forces shaping history, but also of how the material has been disseminated and the harm that Holocaust romance does to the truth.