DNA recasts race issues in the US 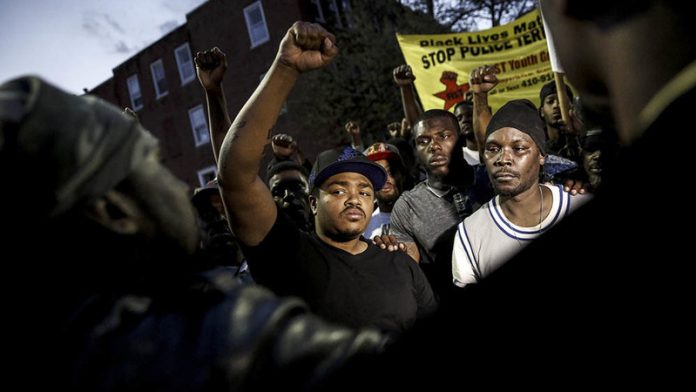 Scholar Alondra Nelson’s new book, The Social Life of DNA: Race, Reparations and Reconciliation after the Genome, more than a decade in the writing, has been published at an appropriate time.

Through DNA, the book examines the construction of race in the contemporary United States and offers new ways to think about it, from the kind of “post-racial” social construction of blackness of civil rights activist Rachel Dolezal to the essentialist, biologically determined – and intellectually inferior – notion of blackness promulgated by Justice Antonin Scalia of the US Supreme Court.

In an interview at Columbia University, where she’s dean of social science, Nelson describes DNA as containing a social power as well as a biological one. “We think it offers a lot of answers on things that ail us.”

She wanted to expand the kinds of problems DNA could answer beyond those of individual health or biology to include “social and political problems, which have their historical roots in slavery”.

That may seem like a broad statement, and Nelson understands that some may doubt her. She herself admits that she “reluctantly” came to believe in DNA’s potential for racial progress.

Inside the House of Slaves on Gorée Island near Senegal. (Finbarr O’Reilly, Reuters)

She worried it seemed like buying into a long history of “scientific racism [used] to make claims about fundamental differences between people, which are deleterious for communities of colour and become justifications for inequality”.

So, when she started to study how black people were using DNA, Nelson says she had to suppress an urge, “as an activist, to wag my finger and say, ‘You are wrong! Put that DNA down and stop doing that!’?”

But she still found herself wanting to understand the research, knowing that researchers’ intentions were often noble.

“These were smart people, college- educated people, who know about Henrietta Lacks and the Tuskegee experiments,” she says, referring to two infamous cases in which African Americans’ bodies were used for scientific experimentation without consent.

Nelson began studying black people who are engaging in “recreational genealogy” – the act of finding out about one’s history through genetic ancestry testing. She believes that recreational DNA testing “may not just dwell in that domain”, with data sometimes leaking into medical research or criminal databases. There are documented cases where a voluntary DNA test inadvertently led to someone, or their relative, becoming a suspect in a crime.

A man is doused in milk to counter an eye irritant sprayed by police during a protest in the United States. (Adrees Latif, Reuters)

In this era of mass incarceration, Nelson says, there are already many African Americans whose DNA is recorded in the genetic databases used by law enforcement. In fact, the Supreme Court has approved DNA collection simply from routine police stops, before any conviction.

It happened, for example, to Black Lives Matter activist Netta Elzie, raising the question whether it is wise for black people to voluntarily give up such an intimate part of themselves when it can easily become a tool used for surveillance.

She laughed when she admitted to being “the great-great-grandmother of Afrofuturism” who started the Afrofuturism list-serve in the 1990s.

Afrofuturism is an Afrocentric intellectual concept that examines and reimagines the black past, present and future. It can do so through cultural ideas of science or science fiction alike – indeed, through DNA itself, or through the ways it affects the public imagination.

“DNA,” Nelson writes in her book, is being “leveraged to raise awareness of blacks’ experiences and, in so doing, contribute to today’s racial politics, which are too often marked by historical amnesia”.

She chronicles the story of Deadria Farmer-Paellmann, a reparations activist who organised a class-action suit by descendants of slaves in 2002.

Although reparations had recently been granted to Japanese Americans who had been interned during World War II, a judge denied the suit, arguing that “the plaintiffs did not demonstrate a precise connection to former slaves, and thus could not sue for injury as their descendants”.

The plaintiffs then turned to DNA to try to persuade the court that they could trace back their ancestry to slaves.

This allowed them to “deal with the court on its own terms”, as Nelson put it, “if you can even imagine the US court system considering reparations”. It’s something even most left-wing presidential candidates won’t consider.

Last month, the writer Ta-Nehisi Coates chided Senator Bernie Sanders for calling theoretical payments to descendants of slaves “very divisive”, and for having a “political imagination [which] is so active against plutocracy but so limited against white supremacy”.

But, as controversial as calls to study reparations are in the US, pressure is mounting from outside.

Finishing a visit to the US last week, the United Nations’ Working Group of Experts on People of African Descent wrote it was “extremely concerned about the human rights situation of African Americans” and encouraged Congress to “examine slavery and discrimination in the colonies and the United States from 1619 to the present and recommend appropriate remedies”.

Nelson herself finds it “stunning” that HR40, congressman John Conyers’s call just to study the issue of reparations, has never made it out of the committee stage, which she equates to “being in a relationship for 300 or 400 years, and your partner has been saying for the past 40 years, ‘Can we just talk about this?’ And you saying, ‘No, I don’t want to talk about it.’

There are 30 skeletons in the Iroungou cave, and carbon dating has shown they are from the 14th century. It is only the second cave burial site to be unearthed on the continent
Read more
Opinion

Legislation as well as academic research governance bodies have failed to safeguard the rights of participants from Africa in genomics research.
Read more
Opinion

If we take our commitment to the liberty of the individual seriously, we must accept that people should be allowed to use this technology
Read more
Opinion

By embarking on this new and daunting path, we are taking on incredible new responsibility
Read more
Opinion

Want your eggs black or white?

How biobanks can help improve the integrity of scientific research

Most biobanks, whether small or large, have high quality assurance and control measures in place
Read more
Advertising
Continue to the category
Politics