Maimane on Zuma’s Nkandla offer: We will not settle 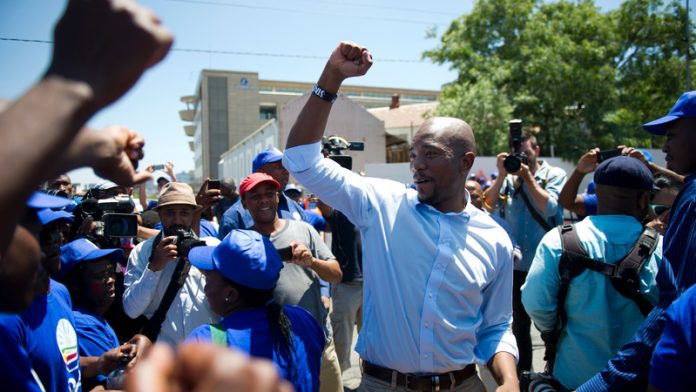 The DA will not enter into a settlement on the Nkandla matter, despite President Jacob Zuma’s proposal to “pay back the money”, its leader Mmusi Maimane said on Thursday.

On Tuesday, Zuma’s lawyers wrote to the court’s registrar, suggesting that it order the auditor general and finance minister to determine how much he should repay for the features that are not security related at his home in Nkandla, KwaZulu-Natal.

The Constitutional Court has given the parties involved in the matter until 4pm on Friday to comment on the proposed order.

“We have written back and said we will not settle,” Maimane told the Cape Town Press Club.

“It’s not just about the money. We want the powers of the public protector to be recognised. So if we settle out of court, then her powers will still be under debate.”

He said the DA wrote back to Constitutional Court on Wednesday.

It is not yet clear whether the Economic Freedom Fighters (EFF) or public protector Thuli Madonsela would agree to Zuma’s proposed order.

EFF leader Julius Malema was expected to brief the media at noon on Thursday.

The EFF and DA are due to argue in the Constitutional Court next Tuesday that Zuma must comply with Madonsela’s recommendations, made in her March 2014 report entitled Secure in Comfort, that he repay a reasonable part of the R246-million spent on so-called security features at Nkandla. These could include the fire pool, a kraal, a chicken coup and an ampitheatre. –  News24