Are we heading for an African debt crisis? 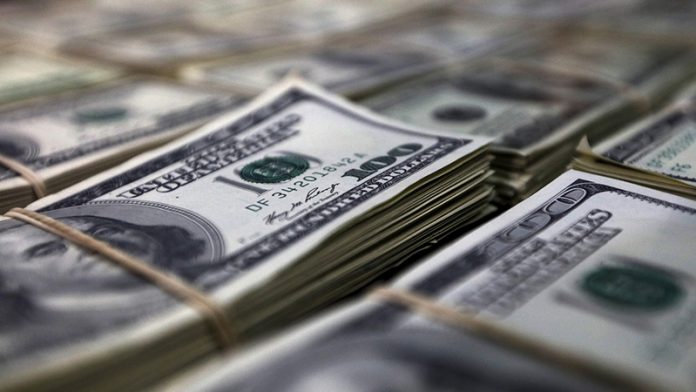 Africa’s rising debt has been fuelled by cheap and readily available dollar-denominated funding following the 2008 financial crisis. Now a strong dollar and weak commodity prices are raising the risk of a debt crisis.

Ghana has entered an Inter­national Monetary Fund (IMF) programme to pay its bills, Mozambique has requested similar assistance, and Kenya has a stand-by facility with the fund. Zambia could be next.

You would be forgiven for thinking you have seen it all before.

Both the oil boom of the 1970s and negative real interest rates at the time saw cheap credit being given to African nations and other emerging markets. When commodity prices collapsed and high interest rates followed, many nations were unable to service their debts and went into crisis. Ghana and Mozambique were among the worst affected – to such a great extent that in 2005 the IMF wrote off $380-million owed by Ghana and $150-million owed by Mozambique.

Today, they are inching back to the IMF. Debt repayments to official debtors outside the country made up 43% of Ghana’s gross domestic product (GDP) in 2015 and Mozambique’s made up more than 50%, according to the IMF’s outlook for sub-Saharan Africa, published in October.

The Jubilee Debt Campaign, which lobbies for the cancellation of unjust debt, last year identified 95 countries at risk of, if not already in, a debt crisis.

South Africa, although it has a debt-to-GDP ratio of nearly 50%, was not one of them. This is because its debt is largely internal – meaning it is denominated in rands. External debt is of particular concern because it is typically denominated in a foreign currency and so vulnerable to exchange rate weakness. In South Africa’s case, its external debt in 2015 accounted for 18.3% of GDP.

According to Jubilee, between 2007 and 2013, loans to low-income countries tripled because of more “aid” being given as loans by multilateral institutions, new lenders such as China and an increase in private lending because of low interest rates in the United States, the European Union and Japan.

According to Jubilee, global total net debts, in both the public and private sector, which are not covered by assets owned by those countries, rose from $11.3-trillion in 2011 to $13.8-trillion in 2014. This, Jubilee predicted, would increase to $14.7-trillion in 2015. With the strengthening dollar, estimates could rise along with debt default risk ratings.

Countries already in debt crisis, as assessed by Jubilee, are those with a significant net debt of more than 30% of GDP – those with high future external debt payments projected to exceed 15% of government revenue. The Gambia has been in this position for several years, as have Sudan and Zimbabwe, which are in default on their debt.

Tim Jones, a senior policy and campaigns officer for the Jubilee Debt Campaign, said, although some countries are in crisis, if the current situation goes on, things could get worse for others that weren’t thought to be at immediate risk.

“External debt, normally denominated in dollars, presents exchange rate risk,” Jones said. “And a strong dollar not only means debt repayments rise, but it [also] puts downward pressure on commodity prices … [and,] as was the underlying problem in the early to mid-1980s, developing countries are as dependent on commodities as they were back then,” Jones said.

After the 2008 financial crisis, many sub-Saharan Africa countries borrowed ever-larger amounts in dollars to fund infrastructure. Domestic revenue mobilisation and export growth may not have kept up.

Because external debt is denominated in a foreign currency, “any sub-Saharan Africa sovereign would have to earn hard currency from exports to be able to repay the debt. Yes, sub-Saharan Africa eurobond spreads have widened. But it would be wrong to characterise this as a debt crisis, where coupon payments might be missed. This is not the case, and markets may well be overreacting to the current risk environment …

“A crisis would be when countries face no choice at all,” she said.

“We see more countries seeking assistance from multilateral agencies. One should not overdo the pessimism. It is wrong to characterise this as a debt crisis. From the perspective of a broad range of different metrics, it is not. What it does mean, however, is there is less money on the table for infrastructure spend.”

“In all countries, wherever there is a sudden shift on projections on government revenues and on payments, that is a crisis because there is less money to spend on developmental aims,” Jones said.

“We would argue a debt crisis is any situation preventing a country from meeting the sustainable development goals.”

John Ashbourne, an Africa economist at Capital Economics, said, although debt levels in Africa have risen significantly in recent years, things aren’t nearly as bad as they were in the 1990s and early 2000s.

“I have seen some comparisons with the situation before the last round of debt forgiveness, and that is just silly. External debt is still negligible as a share of GDP, so the chance of a Latin American or Asian-style debt crisis is minimal.”

At a regional level, there are some countries where the situation is a bit different, Ashbourne said. “Kenya [with external debt of 48% of GDP, according to the IMF] and Ghana both have pretty significant debts. But both countries’ governments are conscious of the risk this poses and are working to limit their fiscal deficits,” he said.

Ashbourne said Côte d’Ivoire, with an external debt of 31% of GDP, currently seen as a relative success story on the continent, would be in significant trouble if growth slowed down.

“We’re looking at Uganda [with an external debt of 21% of GDP] as a longer-term risk: spending has been ramped up recently and it’s clear that the government can’t continue borrowing at the current rate for too long,” he said.

“One of the reasons it went into an IMF programme was to provide reassurance that its commitment to fiscal consolidation would be met. This also helped Ghana to raise new funding in order to retire more expensive domestic debt,” said Khan.

When a country is unable to meet its debt obligations, Jones said, there is no legal process for bankruptcy or negotiations to which indebted nations can turn.

“The only way to get negotiators to the table is to threaten to default. That’s what we would like to see.”

But indebted nations usually opt for more credit from a development financier such as the IMF and use that money to pay off debtors.

Development loans from institutions such as the IMF and the World Bank are offered at a lower interest rate than private funding. But the loans are still in foreign currency, Jones said, adding that the devaluation of local currencies makes the rate of repayment relatively high.

The loans also come with conditions and a borrowing country’s government must agree to adjust its economic policies “to overcome the problems that led it to seek financial aid from the international community”, the IMF says on its website.

It also helps to ensure the country would be able to repay the fund.

In Ghana’s case, the programme aims to expand collection of revenue, restrain the wage bill and other primary expenditures, while making space for priority spending and for clearing all domestic arrears.

One measure to bring in more revenue for Ghana is the implementation of a special petroleum tax and, on the spending side, a strict limit has been put on the wage bill.

According to a December note authored by Khan, there is a growing role for the IMF in sub-Saharan Africa. “Kenya already has a standby facility. Mozambique is in the process of obtaining one. In 2016, Zambia, hurt by weak copper prices, may be the next economy to seek IMF support,” the note says.

Asked recently what kept her up at night, IMF managing director Christine Lagarde told the press it was the fate of oil-producing nations such as Nigeria, which has taken a hard knock since the oil price plummeted from $110 dollars a barrel in mid-2014 to $30 currently.

In the Standard and Chartered note, Nigeria’s growth problems are described as easily fixable. With external debt of only 2% of GDP in 2015, it is only now that the West African nation is seriously seeking funding from outside of its borders.