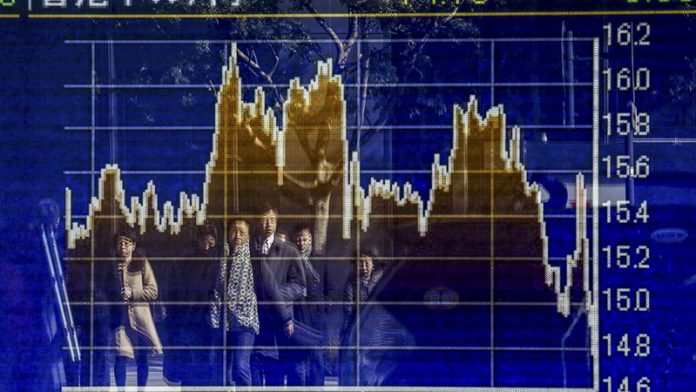 Janet Yellen had barely started the Federal Reserve’s first rate-hiking cycle since the 2008 economic crisis before she was forced to hit the brakes.

About eight weeks ago she raised rates, but global developments have taken a turn for the worse, and she is reconsidering her plans.

Disappointing United States jobs data and a surprising cut in Japanese interest rates to negative have sent markets into a tailspin. The negative rates suggest global economic weakness and have sparked fears that banks’ bad debts could spiral, which has led to a global sell-off of banking shares. They have lost between 23% and 33% of market value since January, on both sides of the Atlantic.

Money has been flooding to perceived safe havens such as gold and highly rated government bonds, even when the yields have turned negative, as is the case with Japan’s 10-year bond.

Testifying to the US House’s financial services committee this week, Yellan said interest rate normalisation could be gradual, and could be slowed down by continued market turmoil.

Investors are worried about their exposure to the strained energy industries and weak commodity prices. They also fear that developed economies such as the European Union could be the next to announce negative interest rates.

There are concerns that central banks, by turning to negative interest rates, are signalling that they are out of ammunition.

Wayne McCurrie, of Momentum Asset Management, said there is a relatively simple explanation for all this – investors worldwide are worried about global growth prospects.

This was triggered by poor data coming out of the US last Friday, he said.

Jean Pierre Verster, an analyst at 36One Asset Management, said: “I think there is serious and valid underlying concern. I don’t think this is necessarily an overreaction. There is rapid deterioration in the underlying economy and markets are adjusting to that. And the worst might be yet to come.”

Verster said the market’s response had been extreme because of the many reasons for its movements.

Kokkie Kooyman, portfolio manager of Denker Capital, said: “The slowdown in China is what really triggered a huge oversupply of resources. But that is nothing new; it has been going on for the past 18 months.

“Commodity prices have gone lower and stayed lower than anyone anticipated. And the crux is that we are getting close to a point where low prices have stayed low enough to cause debt failure, where we start to see marginal mines and marginal producers falling over.”

This means banks face the possibility of bad debts and are expected to take pain from exposure to the oil and gas industries. Their exposure, Kooyman said, is small in the total context, but large enough to make markets worried.

“Then, with China slowing, and US and EU growth remaining shallow, markets are concerned that QE hasn’t worked yet and now we have the threat of more QE, meaning we will have low interest rates and negative rates for longer,” said Kooyman. “That’s bad for bank interest margins, and bad for growth.”

He said banks make bigger profits when interest rates are high because there are more higher-yielding instruments available in which they can invest call deposits. “Basically, if interest rates stay low, banks’ returns on capital remain under pressure.”

Markets reacted positively to the caution expressed by head of the US Federal Reserve Jane Yellen about raising rates. (Kevin Lamarque, Reuters)

Two weeks ago, the Japan central bank governor cut rates to negative 0.1%. The move is an admission that QE in Japan has failed, Kooyman said. It is also a drastic step.

“So if you place money with bank, they take money away from you,” he said. “But it’s also important because of the older average age of Japanese society where a very large part of the population is dependent on savings interest for income. Now they are getting zilch to live on. The fact he did that really worried markets.”

Seen in the past in Switzerland and Scandinavia, a cut to negative territory is not unprecedented but came as a surprise, Verster said.

A negative central bank rate means commercial banking rates should be negative too. The idea is consumers will withdraw their cash and stimulate the economy by spending.

“But banks are reluctant to charge people to keep their deposits as they will see capital flight. So banks absorb the move to negative,” Verster said.

The rout in European banking stocks suggests the market expects that European central banks may do the same thing, Verster said.

Because banks are highly geared businesses – their ratio of loan to capital is six to one – they are the first target for a nervous market, Kooyman said. If banks have bad debts equivalent to 12% of their loans, for example, it wipes out their capital, he said.

“Our research shows it’s unlikely that you will get into a situation as was the case in 2008,” he said. “But the problem at the moment is the sell-off as the price falls makes it difficult for banks to recapitalise themselves should it become necessary.”

New banking regulations introduced post-2008 (such as Basel III), means banks are much better capitalised than they were in 2008 – four times better when measured against total assets on the balance sheet, which significantly reduces systemic risks, according to Kooyman.

But it has not stopped investors rapidly selling off shares. This week Deutsche Bank hit a 30-year low in market valuation and prompted speculation of an emergency bond buy-back programme.

There are several reasons the bank was badly affected, Verster said.

“They made significant losses, as shown in their last quarterly report, and they have paid significant fines related to the Libor [London interbank offered rate] scandal, and have made provision for further fines. So there is an expectation for them to make more losses in future quarters.”

Furthermore, their capital adequacy ratio is below average relative to their peers, and could drop further if there are losses. The bank also has $60-trillion in derivative assets on its balance sheet – three times the value of the EU’s gross domestic product in 2014 – and the markets are concerned about how much of that is exposed to commodity markets.

When investors get scared, they buy gold, said Verster. “South African gold miners are up over 100% in the year to date. People have flocked to gold mining. The rand-gold price has spiked. However, if everyone is getting nervous, you find people build up the price until it is no longer a good buy.”

Investors, too, are moving to safe havens such as government bonds even when their yields are negative.

But, McCurrie said, a 10% or 15% fall in the market from a peak is not unusual. “When it happens everyone questions whether the world is coming to the end. But it’s quite usual to get this kind of drop twice a year. And, when the market falls, there is always a reason why it is doing what it is doing.

“In my opinion, debt in the world now is significantly better than it was in 2008. I cannot see a collapsing global economy in cases where debt is in unmanageable positions. I think the world’s economy is going to bubble on okay.”