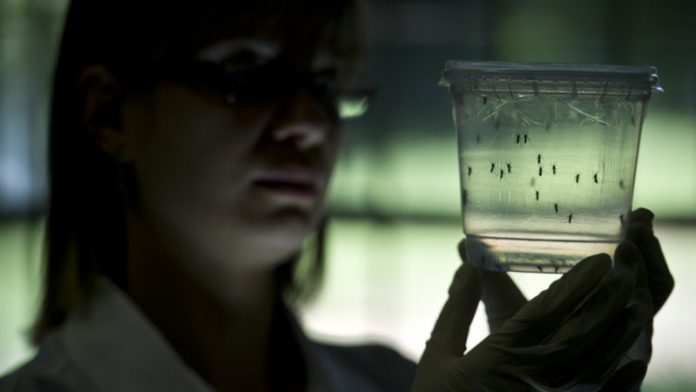 The race is underway to develop a vaccine for the Zika virus but the urgency of the situation is being tempered by concerns about testing on pregnant women – a group of people normally shielded from experimental trials.

The World Health Organisation has declared an international public health emergency over fears – as yet unproven – that the virus causes brain damage and birth defects in children.

The disease has spread to more than 20 countries in South and Central America, with fears that more than four million people could be infected by the end of the year. Pregnant women have been urged not to travel to about two dozen countries where the outbreak is growing.

The most common symptoms of Zika virus disease are fever, rash, joint pain and conjunctivitis, according to the Centers for Disease Control and Prevention in the United States. The illness is usually mild with symptoms lasting from several days to a week.

Now Zika has been linked to the development of unusually small heads (microcephaly) and brain damage in babies.

Brazil’s president, Dilma Rousseff, has vowed there will be “no lack of funding” to fight the spread of Zika and said Brazil and the US will partner to develop a vaccine.

But the rapid development of a vaccine to protect pregnant women is complicated by the need not to expose expectant mothers to experimental remedies for as long as possible so as not to risk harm to their unborn children.

“The target profile is women who are pregnant or who are planning to get pregnant – which is about the highest bar there is for safety. Clinical trials won’t go quickly and we won’t have a vaccine in time for this epidemic,” said Peter Hotez, dean of the National School of Tropical Medicine at Baylor College of Medicine, in Houston, Texas.

“You’d need to test a vaccine on adult non-pregnant populations and then move slowly to pregnant women. Ideally you’d do catch-up vaccinations of women of reproductive age as you do with rubella but the problem is that Zika is marching so quickly through the western hemisphere. You may not have a vaccinated cohort for a couple of years.”

Mike Turner, head of immuno-biology at the Wellcome Trust, said testing a vaccine on pregnant women is a “practical and ethical nightmare”. The issue is complicated by the fact that most people infected by Zika don’t show any symptoms.

But there is hope that a vaccine can be developed speedily. Virologists believe they have a head-start on Zika because it is a flavivirus – a class of virus spread by ticks and mosquitoes that includes yellow fever and dengue fever. Given that other diseases in this genre have been stymied by vaccines, the code to Zika could be cracked relatively quickly.

The US National Institute of Allergy and Infectious Diseases (NIAID) is working on fast-tracking a vaccine. Dr Anthony Fauci, director of the agency, said predictions that a vaccine is a decade away are overly pessimistic. “Normally you are talking between three to 10 years to get everything properly approved,” he said. “We can use the technologies from other flaviviruses to get the product made by the end of 2016.

“Testing the efficacy of the drug could take a year or more but if you were in an emergency situation you could do this at the same time as the testing and make it available as soon as it shows efficacy. So you could get something out in 2017, on an accelerated emergency basis.”

Fauci said the first phase of development will determine whether this accelerated pace will be maintained; any complications will set back the process. But he is confident that pregnant women can be protected.

“It’s complicated because we want to make it safe for pregnant women but we’d start off with non-pregnant women first, then, if it were safe, we’d get pregnant volunteers,” he said.

“If you are dealing with an inert vaccine, you could do this fairly quickly. But you’d do it carefully. Ideally you want to protect women before they are pregnant, vaccinate them before child-bearing age.”

Another key question will be whether large pharmaceutical companies will rapidly take up a vaccine and distribute it widely. The NIAID previously developed a vaccine for West Nile disease but, as Fauci puts it, the breakthrough “just sat there” because the private sector didn’t see value in distributing it.

“We need big pharma to make it relevant to a large number of people but I don’t anticipate any trouble finding a pharma partner because of the highly charged nature and clear demand for a vaccine,” Fauci said. “The international attention and the public health emergency gets pharma companies very interested. We won’t see the same situation as we did with West Nile [virus].

“But beyond this, we need to get to a situation where we can move on a vaccine without being dependent on big pharma.”

“At the moment, big pharma is just sitting on the fence waiting for a big enough incentive for them to make a vaccine,” he said. – © Guardian News & Media 2016

Big Pharma is already showing signs of putting revenue ahead of saving lives in the race to find a Covid-19 vaccine, according to experts
Read more
Opinion

Women will be disproportionately affected by the coronavirus pandemic, particularly considering their contribution as caregivers, in both professional and domestic settings
Read more
World

Disease-spreading mozzies may be getting wise to our best defences, but science is fighting back with a new kind of chemistry. But will advances be able to outpace nature?
Read more
Opinion