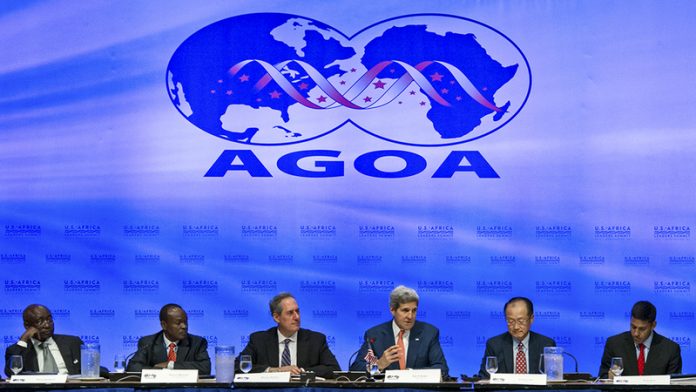 The department of trade and industry has embraced a plan by the ANC’s economic transformation subcommittee to review all South Africa’s trade agreements signed since 1999.

Trade specialists said this week it wasn’t unusual for political parties to review these agreements, and it was a positive sign that it was being done transparently. But they asked what would happen once the ANC completed its review, and how it would affect South Africa’s trade policy.

The review is also being done at a time when South Africa’s trade relations, particularly with the European Union and the United States, are under strain. In recent years, the government overhauled its bilateral investment treaties, which included cancelling several with EU countries.

President Jacob Zuma has also signed the Protection of Investment Act into law, which is meant to unify the state’s approach to all investment treaties. But it has been criticised by opposition parties and business, who believe it does not provide foreign investors with adequate protection.

Recent talks between South Africa and the US over South Africa’s continued inclusion in the African Growth and Opportunities Act (Agoa) have also been controversial.

Last week, the trade and industry department said in a media release that the review’s aim is “to inform the national executive committee (NEC) of all the trade agreements currently in place and assess the implications of these agreements to inform South Africa’s approach to future negotiations”.

The purpose was not to “amend or end existing trade agreements” and would promote broad understanding of trade agreements, including the market access opportunities arising from these for South Africa”.

Some trade agreements, such as the free trade agreement between the Southern African Customs Union (Sacu) and the European Free Trade Association, include explicit “rendezvous” clauses to review and assess their effects and, if necessary, to enter into further negotiations.

“Keep in mind that the [national executive committee] of the ANC plays a key role in shaping the party’s economic policy, and as the ruling party, of course, this feeds into government policy,” Hartzenberg said.

What was interesting was not so much the decision by the ANC to review trade agreements but what happened once this was concluded, Hartzenberg said.

The review followed what could be termed “the Agoa saga”, she said, referring to the recent debate over whether South Africa would continue to benefit under the arrangement.

The Agoa deal is not a trade agreement, she said, but a unilateral preferential market access arrangement that is offered to qualifying African countries.

“It seems that this experience has prompted the decision by the NEC that a review of trade agreements, concluded since 1994, should be conducted,” Hartzenberg said.

This should be about improving South Africa’s trade relations and exports and imports, particularly given the current background of poor economic performance, she said.

The ANC, in a statement following its January NEC lekgotla, said it had considered the renewed Agoa agreement and decided all trade agreements entered into by the democratic government should be reviewed. It must assess the “socioeconomic impact and the extent to which the agreement advances South Africa’s economic interest”.

The government must be alive to the need for an exit strategy where agreements do not expand our domestic industries and markets, the ANC said.

Enoch Godongwana, chair of the subcommittee said the NEC discussed Agoa at length. “It was felt that we need to deepen our understanding of the other agreements. The purpose therefore is not to review these agreements but help the ANC NEC to understand them better.”

Peter Draper, the managing director of Tutwa Consulting, said it was not unusual for political parties to review trade agreements. This should be distinguished from an official, administrative review led by the government, which would take place through Parliament or through an independent government agency.

“Given all the ruckus around Agoa, and the ANC’s well known foreign policy pronouncements on the US, it would be surprising if they weren’t thinking about these matters and, in my view, it is better that this be conducted in the relative open,” he said.

But, in South Africa, it was often difficult to distinguish between the party and the state, which “muddies the waters”.

Everything would depend on how the review process went ahead, Draper said. But it was conceivable that, if the ANC review concluded that some trade agreements did not support development objectives as defined by its economic transformation committee, it could request the government do a formal review, which could lead to requests for changes or potentially even the cancellation of trade treaties, he added.

It remained to be seen if that would be the direction taken.

But the review came at a time when there appeared to be a “core ideological agenda at play”, which many observers and people in business saw as “anti-business”, he said.

Seen in the context of developments such as the Protection of Invest­ment Act, the processing of the expropriation Bill and recent import protection measures, the broader thrust of policy was becoming “more unpredictable”.

“Whether you are talking competition policy or the [department of trade and industry’s] draft intellectual property rights policy, or the [protection of] investment [Act], or the expropriation Bill, it’s all making investment in general, and foreign investment in particular, much more conditional,” he said.

The inconsistency of how policies and conditions on investments were applied further undermined investor confidence. Investors were “not fools”, he said, and had priced these risks into their evaluation of South Africa. If investments could not provide greater returns given these risks, “they will look elsewhere”, he said.