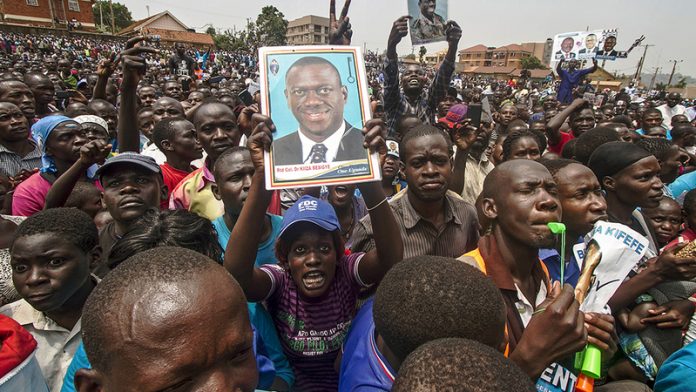 South Africa stands out on the continent as one of the few countries where biometric voter registration is not high up on the agenda.

With reliable identification documents in widespread use there is no need for complex technology. The much simpler, barcode-based “zip-zip” machines are all that is required for efficient voter registration and verification.

It is argued that biometric verification would increase the credibility of the election process, but the “biometric avenue” in elections in Africa has a troubled track record.

Yet during this month’s elections in Uganda, thumbprint scanners will be used for the first time to verify that voters are registered and at the right polling station.

Ten years after biometric voter registration was applied for the first time in Africa, in the Democratic Republic of Congo to be more specific, the introduction of biometric technology in electoral processes has been at the forefront of electoral politics across the continent.

Since then, more than half of Africa has deployed biometrics in one way or another, with other continental bigwigs such as Kenya and Nigeria representing some of the countries driving the processes.

Africa as a whole seems set to become a biometric forerunner in global terms as well. According to data produced by the International Institute for Democracy and Elect­oral Assistance (International Idea), more than half the countries worldwide using biometrics are located in Africa and more countries are set to embark on biometrics in the coming years – Chad (2016), Zimbabwe (2018) and Botswana (2019) to mention a few.

The rationale behind introducing advanced technologies in the voter registration process is, in short, to create more accurate and hence credible lists of voters. More specifically, biometrics can help electoral management bodies reduce the number of duplications and, as a result, produce “cleaner” voter rolls.

Globally, fingerprint identification systems are the most commonly used biometric technology in elections. Some countries are taking biometrics one step further. In Somaliland, fingerprints and facial recognition were used to register voters in 2008 and 2009.

But an analysis in 2010 found that a significant number of duplications in the registry persisted after the introduction of the biometric system – possibly as many as 30%.

The analysis also suggested that fingerprint sensors were not of high enough quality, resulting in poor fingerprint capturing, and that this opened up the possibility for registering more than once.

Somaliland is now the global pioneer in introducing iris-recognition voter registration. It will hold elections in 2017.

In other countries such as Ghana, Kenya and Nigeria, biometric voter registration has been paralleled with the setting up of biometric verification systems at polling stations on election day. The objective is to ensure more effective identification and to reduce multiple voting, impersonation and ballot stuffing by matching voters’ fingerprints against a biometric voter register and accepting eligible voters once only.

Voter registration remains one of the most complex (and contested) parts of the nuts and bolts that make up an election. In Africa the population censuses are not trustworthy and ID documents are in short supply, making this part of the process even more complicated. This has put pressure on electoral management bodies to put in place new and more reliable systems and biometric technology has become the flavour of the past decade.

The drive towards biometrics has been facilitated by its somewhat apolitical nature. Domestic agents representing those in power and the opposition have managed to agree on the need for its application. Notwithstanding the considerable discussions taking place among international electoral support bodies, they have been standing ready to help national partners to buy the systems.

Investing in high-tech solutions also allows stakeholders to demonstrate commitment to solving registration problems. But expectations of high-tech solutions, such as biometrics, have often been overestimated and, in many cases, their introduction has created new challenges.

Contrary to the intentions, the use of technologies, including biometrics, in Kenya’s 2013 elections were seen to contribute to doubts about the electoral process. Similarly, in Nigeria poor data capturing and machine failure undermined the foreseen benefits of the new methodology.

Costs and sustainability are also a concern. Most countries in Africa have recently bought the equipment and have only seen the initial purchase costs. In the future, costs linked to maintenance, storage and upgrading will add to the bill.

Many electoral management bodies are already struggling to ensure that adequate financial means are in place to cope with the daily costs of their operations.

Will they be able to receive needed allocations – from public budgets or international donors – to keep the equipment readily available and fit for use in the next elections?

Technical problems can always be addressed by better planning, testing, training and back-up systems. But manipulation and malpractice can never be resolved by biometrics alone. If those running the system are allowed to continue registering underaged citizens, biometrics will not solve the problem. Where there is a culture of voter intimidation in polling stations, biometric systems will have a limited effect on improving voting procedures.

After all, technology can only be as credible as the institutions and people who are running them.

Peter Wolf and Mette Bakken set up information and communication technology for elections across Africa on behalf of the International Institute for Democracy and Electoral Assistance, an intergovernmental organisation tasked with promoting sustainable democracy.