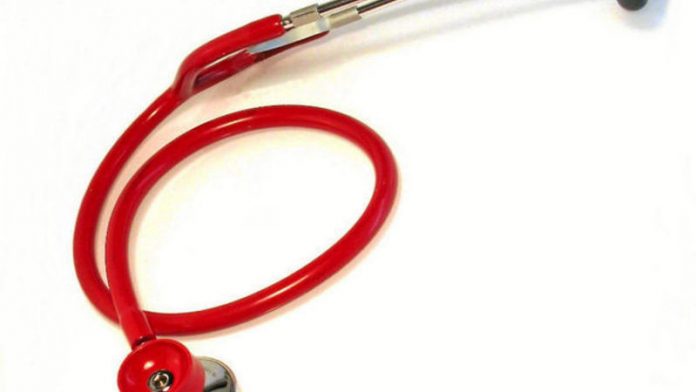 The long-anticipated public hearings for the inquiry into the private healthcare market kicked off in a frigid Pretoria conference room this week.

The stark contrast between the air-conditioned chill in which testimonies were heard and the roasting, sun-baked air outside reflected the enormous gap between what the country’s laws and regulations require of private healthcare providers and the experience of the patients who use their services.

The inquiry, being undertaken by the Competition Commission, has come about because of the ever-increasing costs of private healthcare, which have risen well above inflation in recent years.

According to the inquiry’s terms of reference, per capita spending on services such as hospitals and medical specialists increased in real terms by 40.7% and 55.7% respectively between 2003 and 2012. The Council of Medical Schemes, the statutory body that regulates medical aid schemes, said in its latest annual report that expenditure on all health benefits by medical schemes rose by 11.1% in 2014 to reach R124.1-billion.

The aim of the inquiry is to establish the reasons for the increases and to identify the factors that “prevent, distort or restrict” competition in the industry.

This will be no easy task considering the many players who comprise the sector and the various levels at which they interact with each other and patients. These include the funders, such as medical schemes, their administrators and insurers; healthcare facilities such as hospital groups; healthcare practitioners such as doctors, specialists and pharmacists; and suppliers to the industry, such as pharmaceutical companies and firms that provide medical devices.

The chairperson of the inquiry panel, former chief justice Sandile Ngcobo, said in a recent presentation that some submissions attributed the rise in expenditure and price inflation to market power in three areas: hospital groups, medical schemes and specialists. But, he said, there were conflicting views over the concept of market power, whether it exists at all, and where it resides.

Ngcobo stressed at the hearing’s opening that “no one is accused of having committed any conduct that is anticompetitive”, and that the inquiry would be conducted “in accordance with the principals of fairness”.

According to the 2014-2015 report by the Council for Medical Schemes, hospital fees make up the bulk of money paid out by medical schemes.

Total hospital expenditure, including ward fees, theatre fees, consumables, medicines and per diem arrangements, amounted to R46.6-billion, or 37.6%, of the R124.1-billion that medical schemes paid to all healthcare providers in 2014. This was an 11.6% increase in expenditure on hospitals from the previous year.

According to the council, total payments to specialists, which were broken down into five categories – anaesthetists, medical specialists, pathologists, radiologists and surgical specialists – amounted to R29.1-billion, or 23.5%, of total healthcare benefits paid in 2014. This was up 12% from 2013.

Payments for medicines dispensed by pharmacists and providers other than hospitals amounted to R20.5-billion, or 16.6%, of total healthcare benefits, an increase of 8.9% compared with the R18.9-billion spent in 2013.

Out-of-pocket payments by scheme members rose by 11.9% to R20.7-billion in 2014. But the council said this was likely to be understated because beneficiaries did not claim for all their out-of-pocket expenses.

In its submission, public interest law centre Section27 said that, at 42% of health spending, the medical scheme industry in South Africa was more “economically significant” than in any other Organisation for Economic Co-operation and Development country. This was particularly remarkable given that it covered only 16% of the South African population.

Soaring prices have been blamed on several sector players and factors in recent years, including the failure to regulate prices of services, despite the advent of prescribed minimum benefits (PMBs). These are a list of 270 diagnosed conditions and recommended treatments that medical schemes must pay for in full without co-payments from their members. The PMBs also include 27 chronic ailments, such as multiple sclerosis, epilepsy and hypertension.

Many participants complained that medical schemes consistently failed to cover patients fully for these.

Angela Drescher, a consumer rights activist, was one of the participants who battled to get the necessary PMB coverage for her husband and her teenage son. Her husband was diagnosed with hyponatremia, one of the PMBs, which causes abnormally low sodium levels in the blood. The body’s cells retain water and swell, and it can be life threatening, particularly if there is swelling on the brain, Drescher said.

It took seven months before the couple’s medical scheme approved their application for treatment.

Drescher said she reapplied for the PMB at the beginning of this year, attaching the previous year’s approval and all the relevant information, such as pathology reports and recommendations from their doctor, only to have the application refused again.

It was only after she complained on social media to the scheme’s chief executive and to the consumer website, HelloPeter, that the scheme granted lifetime approval for the condition.

Drescher, who has become a campaigner on social media for other patients, described the many experiences of other people who have been refused PMB coverage.

Among her recommendations to the panel, Drescher said medical schemes’ computer systems should be required to red-flag all ICD10 codes for PMBs on claims. These codes help identify each medical condition. Medical scheme consultants should also be required to contact the relevant member if they have not applied for PMB coverage.

These are meant for day-to-day medical costs and the Medical Schemes Act stipulates that PMB costs may not be taken from patients or their medicalsavings accounts.

But organisations representing medical schemes have argued in the past that, although schemes are required to pay for PMBs in full, the fees that healthcare providers such as hospitals and medical specialists charge are not regulated, despite many efforts over the years to introduce some form of pricing regulation for these sectors.

Past efforts to regulate prices include the attempt to introduce a health reference price list set by the department of health, which was challenged by health service providers and successfully set aside by the high court.

The Council for Medical Schemes said in its most recent annual report that “the PMB package was not designed to operate in an environment where there is no price regulation”.

Scheme beneficiaries were left “unprotected due to the 2010 high court judgment, which set aside the National Health Reference Price List regulations, leaving a void in the regulation of healthcare prices”, it said.

Last year, well after the health inquiry was launched, the department proposed changes to regulation eight of the Medical Schemes Act, which governs the PMBs, and which critics have said will undermine patients’ right to full coverage for PMBs to the advantage of medical schemes.

But the attorney for Section27, Umunyana Rugege, said the new regulations were a “retrogressive step”. Instead, Section27 was recommending a “thorough, evidence-based investigation by the panel into potential price regulation in the private healthcare sector”; that any price setting should be transparent, independent and include meaningful participation by relevant stakeholders.

The Board of Health Care Funders, the body that represents medical schemes, said in a 2014 submission on the inquiry panel’s terms of reference that regulatory intervention and not strong competition is a prerequisite for the realisation of the right to access to healthcare.

It called for regulation by the government of healthcare services rather than a response to any market failure that could be identified by the inquiry.