Eskom blackouts were good for SA 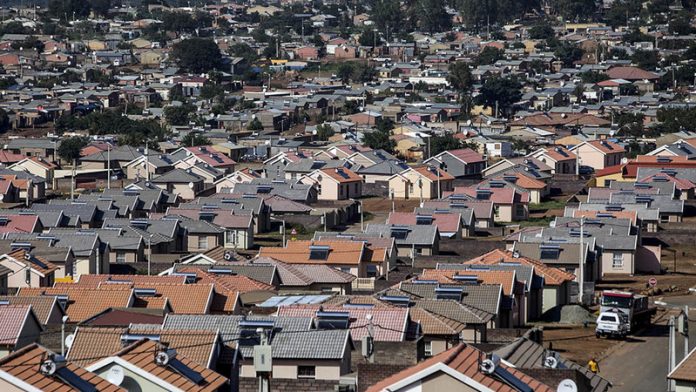 The brightest sparks of innovation are often fired under the blanket of the most maddening darkness. In 2008, Eskom inadvertently initiated rolling blackouts that plunged South Africa into darkness. The economy stuttered, bereft of the energy needed to drive its heavy machinery. South Africa briefly flirted with being walloped back into a pre-industrial age.

Eskom had few solutions. Power stations – driven beyond their operating age – had to be turned off for maintenance. The new stations Medupi and Kusile were a decade away. But in the midst of that annus horribilis came innovation. If there wasn’t enough power to go around, it would have to be saved. The programme that crisis spawned has created an industry that could be worth R8-billion a year, saving the grid 800 megawatts worth of capacity.

Before 2008, South Africa had too much electricity and charged very ­little for its use. Efficiency was an environmental concern – ­saving energy would lower carbon emissions.

“While horrifying for the country, 2008 gave that spark we needed to invest in efficiency,” says Barry Bredenkamp, senior manager of energy efficiency at the state-owned South African National Energy Development Institute.

The institute became a home for energy efficiency research and programmes. “Our key idea was to create substantial energy savings for companies, so they could keep making their widgets,” says Bredenkamp.

Nearly a decade later, that seed has sparked a new industry. Like his peers, Bredenkamp talks in language that suggests some sort of dreamland. But he forces home sentences laden with facts that ground these dreams. Facts are his weapons. “This [energy efficiency] is something that we can rightly say we are world leaders at.”

In one case, at King Shaka International Airport in KwaZulu-Natal, an investment of R400 000 in efficient lighting and better management of air conditioning now saves R2.8-million a year in energy costs. This also has an ­environmental benefit, with 1 800 tonnes of carbon not being spewed into the atmosphere each year.

The energy development institute works with an assortment of other programmes, which have all delivered electricity savings since 2008. The most successful in monetary terms has been the Industrial Energy Efficiency Improvement Project. In the five years since 2010, it helped 30 industrial facilities and 384 companies save a total of about R1.5-billion on their energy bills.

The project falls under the National Cleaner Production Centre of South Africa. Established in 2002, it grew slowly until the 2008 energy crisis forced policymakers to free its wings.

The genesis for this and other programmes was an Eskom rebate programme. Given the energy crisis, quick fixes were required. Each project had to achieve demand-side savings of more than 500 kilowatt-hours during peak evening hours, be working within six months, and produce savings that could be sustained for three years.

The state utility had R250-million put aside for these projects. At first they plucked the low-hanging fruit: millions of energy-saving light bulbs and hundreds of thousands of solar water heaters were quickly installed.

Eskom’s thinking was simple – South Africa wastes a lot of electricity. In 2008 this was causing parts of the grid to turn on and off. Its planning notes from the time say: “South Africa, like other countries in the developed and developing world, faces an energy-constrained future.”

But developed countries had a ­competitive advantage because they used energy efficiently. South Africa, conversely, had built an industrial sector on the profligate use of ­underpriced electricity.

“South Africa is more electricity intensive by between 35% and 65% than its counterparts,” Eskom says. The cheap electricity meant companies had used cheaper, less energy-efficient technology, and wasteful production processes, it says. “This leaves substantial opportunities for energy-saving technologies.”

But to produce real savings, Eskom – and the energy department – turned to industry.

Julie Wells, one of the original team behind the National Cleaner ­Production Centre, says until that moment there was little political capital to tackle inefficient industry and other sectors that were haemo­rrhaging electricity.

“The crisis gave us the impetus to put real money into efficiency programmes,” she says. “That in turn helped make the argument for ­industry to start working with groups like ours.”

The partnership means people from the production centre work inside companies and are able to get real energy savings, she says. The numbers speak for themselves so it’s getting easier to sell efficiency as a no-brainer.

The Eskom rebate – which now stands at 98c a kilowatt-hour saved – meant companies could profit from being more efficient. ISO 50001 was created, which standardised the ways in which companies could tweak their machinery and processes. In many cases the changes required were not huge, involving simply changing the times when machines run.

Numerous mines and factories have set their cooling systems to run ­outside the peak evening hours, when people come home and turn on their household appliances.

Industries are now encouraged to use most of their electricity when the grid has spare capacity.

To acquire the rebate, companies approach an Eskom-designated energy services company and ask them to make their energy use more efficient. That company then does an energy audit, looking at every place energy is used and where it is wasted. Eskom then gives the company money every quarter in return for energy saved. In the case of the South African Breweries’ malting plant, a few fixes in the efficiency of the main steam system will save the company R6.6-million a year.

But Eskom now has less money for efficiency programmes. Less money means fewer projects. The big local funders of green projects – banks – are also hesitant to get into the market.

Bredenkamp says: “There are quite a few people sitting on the fence, waiting to see if Eskom will update its [rebate] programme.”

Banks tend not to take the risk because there is nothing to repossess if someone defaults on their loan, he says. “A lot of our work is teaching people about this industry, and how successful it is.”

Some energy services companies are beginning to raise private-sector funding to execute their efficiency projects, he says. “The moment is here. If we grab it we can not only make our economy more efficient, but we can create tens of thousands of jobs – and export our expertise.”

Karel Snyman, president of the Southern African Association for Energy Efficiency, says rolling out efficiency projects on a large scale could save seven terawatt-hours of energy demand. This is equivalent to the capacity of the first unit of the Medupi power station, which is now in operation.

Growing the industry to the scale where most industrial plants – and homes and businesses – are energy efficient would add R8-billion to the economy, he says. That figure excludes the money saved from using less electricity.

That potential means other countries are following South Africa’s example – the industrial energy efficiency programme runs in partnership with the United Nations Industrial Development Organisation, and is a case study for other countries.

The UN’s development organisation says this century has to be about efficiency across all sectors of the world economy. For two centuries, we marvelled at the growth that could be brought about from burning massive stocks of fossil fuels. This warmed the world and created an inefficient energy economy in South Africa.

Motivated by the 2008 power crisis, South Africa is on the path to fixing that inefficiency. All that remains to be seen is whether it becomes a world leader by acting now, or if it lets the opportunity slip by.

Johnson Matthey: Manufactures automotive components, specifically autocatalysts. Its South African plant has been in operation since 1953. A dedicated catalyst plant in Germiston joined the industrial energy efficiency project in 2012. Its energy audit called for an overhaul in the automated energy management system, and for tweaks in energy efficiency measures. The company has since saved R7.7-million in energy costs, at a cost of R620 000 invested. Nine thousand tonnes of carbon dioxide emissions have also been avoided.

ArcelorMittal Saldanha Works: The factory produces hot-rolled coil steel products, which are mostly exported to sub-Saharan Africa. By creating an energy management system at a cost of R500 000 – which makes machinery run at different speeds and times – the plant saves R90-million a year.

Toyota Boshoku SA: The plant manufactures car seats and door panels in Umbogintwini, KwaZulu-Natal. A total of 874 industrial light fittings were replaced with energy efficient lamps, saving 190 000 kilowatt-hours a year. The plant’s annual carbon footprint was also lowered by 189 tonnes of carbon dioxide. For a R452 000 investment, this saves R165 000 a year, meaning the savings cover the cost of replacement in under three years.

King Shaka International Airport: The sprawling airport complex had little centralised control over energy. But for a R400 000 investment, three energy-saving projects were put in place. These include changing light bulbs and lowering the intensity of lighting, as well as changing the intensity of air conditioning to suit different times of the day. The projects save R2.8-million a year in energy costs, and lower the airport’s carbon footprint by 1 800 tonnes.