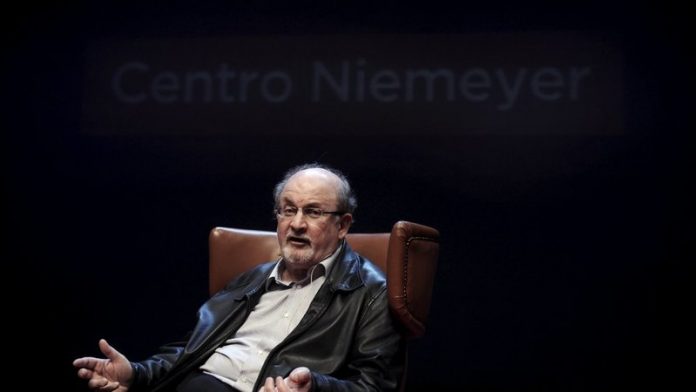 Forty state-run media outlets in Iran have pooled together to raise $600 000 to add to the fatwa on writer Salman Rushdie, 27 years after Iran’s first supreme leader, Ayatollah Ruhollah Khomeini, called for Rushdie’s assassination following the publication of his novel The Satanic Verses in 1988.

According to the state-run Fars news agency, the media outlets have pooled together to raise a new bounty, in the largest co-ordinated effort surrounding the fatwa since it was issued in 1989, when Khomeini declared The Satanic Verses blasphemous against Islam and offered a bounty for the novelist’s assassination. The total funds theoretically available to reward Rushdie’s murder now run into millions of dollars.

The fatwa provoked an international outcry and caused the United Kingdom to sever diplomatic relations with Iran for nearly a decade.

In 1998, Iran’s former president Mohammad Khatami said the fatwa was “finished”, but it was never officially lifted and has been reiterated several times, occasionally on its anniversary, by Iran’s current supreme leader, Ali Khamenei, and other religious officials.

“Imam Khomeini’s fatwa is a religious decree and it will never lose its power or fade out,” Iran’s deputy culture minister Seyed Abbas Salehi told Fars.

The Satanic Verses was banned in several countries, including South Africa. After the fatwa was issued, Rushdie lived under UK police protection and went into hiding for several years.

Other people involved in the book’s publication were attacked: in 1991, its Japanese translator, Hitoshi Igarashi, was stabbed to death and its Italian translator, Ettore Capriolo, was also stabbed that year, but survived.

After Rushdie was announced as a speaker at the Frankfurt Book Fair in 2015, Iran withdrew from the event and called for Muslim nations not to attend. The foreign ministry said the fair had “invited a person who is hated in the Islamic world”. – © Guardian News & Media 2016