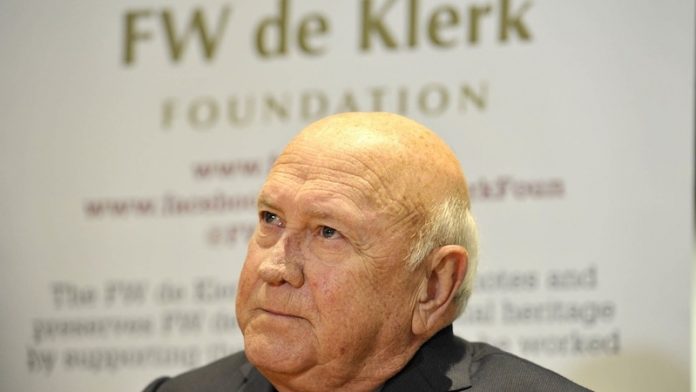 Bouquet and brickbats for M&G

You can be proud of the apology you offered (Mea culpa: We let you all down). You said it like it was and did not seek excuses. Your stature was enhanced.

Would that others in government, business and other activities act as you did when they make mistakes. – Michael Goldman

? This weekend I bought the Mail & Guardian for the first time in several months, only to be assailed by a contrite apology to the Democratic Alliance and some former president. Clearly stuff has been happening while I have been gone. I was reminded of why I stopped buying the M&G sometime last year, after purchasing it every week since 1985.

It’s actually not the DA article that’s the core problem. It’s not even the journalistic malpractice that gave rise to the apology, although surely firings are in order.

Rather, it’s that the original story (which I have now looked up) reflects so starkly what the M&G so badly wants to believe about white people and their alleged black stooges.

And therein lies your real problem. The DA, as the M&G’s chosen proxy for the views of all white people, is such an easy straw man.

Indeed, the M&G’s coverage for some time reflected an abiding antipathy towards white people. And that’s fine. You are quite entitled to express such views under the cover of any justification that suits the moment. But those blinded in this way get caught out sooner or later.

So, if the M&G is contrite and possibly open to making amends, perhaps the editor could commence a period of reconciliation by revisiting the content of an “opinion” piece carried last year.

A precious soul related her breathless findings on the nefarious habits of white people in Johannesburg’s northern suburbs. She regaled readers with a tale (tail?) of oppressed domestic workers and gardeners labouring to take the vicious hounds of their scummy white overlords for their daily walk.

By her own admission, this hapless calumnist, to coin a term, was too embarrassed to talk to any of those domestic workers and gardeners.

But this absence of basic reporting did not prevent her from making several erudite generalisations about the nature of white people.

Perhaps now the M&G would care to dispatch a reporter to confirm what other less-celebrated publications (the Rosebank-Killarney Gazette, I’m told) have in the meantime established about the complex relationship between the workers, the dogs, the yoga-pants-wearing madams and their menfolk heaving lumps of flesh around on their R100?000 mountain bikes.

Given the location of the M&G newsroom, it will require a stroll of a few blocks down the road and your intrepid reporter will most surely find her/himself amid inhuman carnage, which can be faithfully confirmed next Friday.

And, if you want to blend in, you can borrow my three dogs, who always enjoy a spot of exercise, although as a rule I walk them myself because I’m so afraid of what the M&G might say about white people. – Trevor Jones

? This breakdown has greater implications than sloppy journalism. I commend your acknowledgment and commitment to grow hereafter. I hope we can take a moment to reflect on what exactly happened, as a meaningful step forward.

At what stage was the attainment of truth compromised by meeting a deadline imposed by a line manager? Which work ethic was blindly followed? Did the M&G doggedly follow a business practice of the utopian free market? Was it a blind chase for a sales target that compromised human dignity?

I did not buy the M&G that weekend. When I saw the main story, I sighed and decided to spend my R35 on beer.

I’m curious about Mmusi Maimane and mentorship. He has good oratory skills and is clearly passionate about South Africa. But why was this gossip in existence? How did it originate? How quickly did it spread?

I suggest a public forum on this failure of journalism. This is an act of love, not of lunacy – love for my country, for the struggle to comprehend our painful past. Love for her spirit of No Compromise on a dignified, just and equal citizenry.

Maybe it’s about how we have collectively failed to live up to the promise of recognising the injustices of the past. – Jonathan Padavatan

As hope fades, SA faces a choice between war and peace

People of vision and good intent have repeatedly warned of the dangers of not transforming the country. Now the backlash avalanche has begun. Currently varsities are being sucked in (#Shackville’s collateral damage).

Now it’s clear that the choice to transform the country or not is ultimately a choice between war and peace. No more, no less.

When the hope of the country gets infected, that’s a knock on the doors of hell. I’m talking about the youth in universities. Such a shame.

All post-1994 politicians are culpable in this, for bringing a famously hopeful country to these levels of degradation and despair. Failure to change the country has put the present in the belly of the beastly past.

The racially skewed socioeconomic pecking order means the past is holding the present and future hostage. Hence the merry-go-round of racial animosity. If the young get into fights, we must throw in the towel and declare failure. Nelson Mandela must be turning in his grave.

“So quick bright things come to confusion.” It’s all because of greedy white people and greedy black people, publicly pretending to be different but co-operating in ruining the country. That’s the problem, not race as such. – Masitha Hoeane