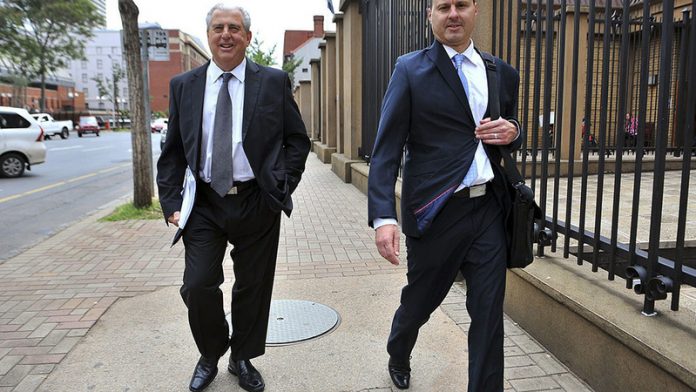 The story is the same for many people – a horrific accident followed by ever-increasing medical bills, endless paperwork and Road Accident Fund (RAF) payments that take close on forever to be made.

Then enter the lawyers who are supposed to get you compensation from the fund.

A well-known law firm, Ronald Bobroff and Partners (RBP), has been taking more than their fair share of fees from at least some of their clients.

For the past five years, the personal injury law firm would appear to have exemplified the stereotype of the “ambulance chaser”, battling it out in courts around Gauteng to defend why, for years, they had overcharged clients, contravening the Contingency Fees Act.

This week, Bobroff and his son, Darren Bobroff, admitted in the Johannesburg high court that a contingency fee agreement they got clients to sign was illegal. The court agreed that they could settle the three matters regarding overcharging before it out of court. The two men have repeatedly denied overcharging clients.

The Act is explicit that firms who use the “don’t pay anything until you win” system, such as RBP, can charge twice the normal attorney-client fees, or take 25% of the settlement, whichever is the lesser amount. In both cases, the law firm has to provide the client with the paperwork calculating the number of hours worked to prove how much the client owes the firm.

But, according to a mountain of documents from the Constitutional Court and the high courts in Johannesburg and Pretoria, RBP has been duping clients out of their fair share of compensation.

The matter started with former clients of RBP, Jennifer and Matthew Graham. Matthew was involved in a car accident in 2006 and suffered brain injuries.

Jennifer, then represented by the law firm on a contingency-fee basis, lodged a claim with the RAF for R2-million. The Grahams accepted a settlement of slightly less than their claimed amount. But they weren’t aware their lawyers would take 40% of the R1.9-million.

According to court records, the Bobroffs fabricated file notes, charged false payments and falsified financial records when prosecuting their client’s claims against the RAF.

When the Grahams were finally made aware of it, they didn’t only want their money back but also wanted the Bobroffs suspended from practising until their names were struck off the roll.

The Law Society of the Northern Provinces sent a forensic team to their offices in Parkwood, Johannes­burg, to investigate the firm’s accounting records. A report was submitted in September last year.

The report states that in many cases the auditors found that the Bobroffs’ clients had been charged a fee for the cost of printing legal bundles. “On further investigation, we noted that the cost of printing the bundles were included on the bills of costs drawn on a party and party scale and were thus included in the disbursement in respect of copies per bill of costs.

“In this manner the clients were overreached as a result of the duplication of the disbursement in respect of the cost of printing bundles,” according to the report.

It was also found that the law firm, in many cases, had entered into several fee agreements with clients.

The auditors said no matter which agreement was used, as the unsuspecting client had signed both, the firm had overcharged him.

After a host of damning findings against the law firm, the matter was sent back to the law society, which has not made a ruling. Instead, the matter will be heard in the Pretoria high court from March 14 to 16.

More former clients of the firm have filed similar claims relating to illegal contingency fee agreements and want what they are owed back.

Late in 2009, Juanne de la Guerre was involved in an accident. She contacted RBP, which asked her to sign a contingency form. It was an illegal form and none of the legal jargon was explained to her.

Her claim for just over R2.5-million against the fund was successful, but the Bobroffs charged her R868 000.

She challenged it and ended up in the Constitutional Court, where she has been able to recover R760 000 from RBP so far, with further assessments of the law firm’s work still to be done.

Glen Vivian, who is living in New Zealand, was charged fees of more than R1.2-million. When the matter was presented in the Johannesburg high court, RBP wanted Vivian to pay R500 000 for legal costs before they started any work to ascertain whether he was overcharged. This application was dismissed and the court found that RBP had overcharged Vivian by R850 000.

The Bobroffs are facing other court cases, including how they allegedly overcharged Anthony de Pontes, who was left a quadriplegic after an accident, by R1.7-million, according to documents lodged in the Johannesburg high court.

In 2005, Ursha Fourie’s husband and daughter were killed in an accident. Fourie and her young son sustained physical injuries and suffered psychological and emotional trauma. RBP quickly settled for R1.6-million with the RAF, and now the Bobroffs are being sued for professional negligence and a failure to do what is best for their client by not taking the RAF to court to get a better settlement.

The case continues in the Johannesburg high court.