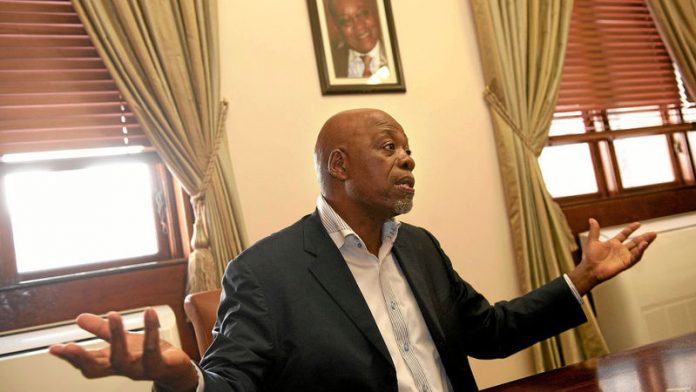 Cope claimed Sizani was under “heavy pressure” to defend things he did not agree with, which included Nkandla, and so he became unpopular.

“Cope has reliably learnt from sources within the ANC that the last straw for Sizani was the sudden somersault of Mr Zuma when he said that he is prepared to pay back a portion of the money illegally spent on his private residence in Nkandla,” said spokesperson Dennis Bloem in a statement.

“After the ANC caucus endlessly defended the Nkandla issue, Sizani was one of those who felt betrayed by Mr Zuma. He felt that his personal integrity is questionable in the public’s eyes.”

The ANC announced earlier that Sizani had resigned from Parliament because he had been redeployed.

‘Schisms’ in ANC
According to City Press, the chief whip told reporters outside the National Assembly that he was taking up the post of ambassador to Germany.

Cope said it believed that the redeployment explanation was a cover-up. “We will not be surprised to see more resignations will follow from ANC MPs,” said Bloem.

“For the past three years Sizani has been forced to make a career of defending the indefensible in Parliament at President [Jacob] Zuma’s behest, and has sustained numerous embarrassments in the National Assembly in the process,” he said.

Steenhuisen said Sizani’s resignation was a clear sign of the growing rifts within the ANC, and “of an ANC caucus which is collapsing under the weight of President Zuma’s maligned presidency”. – News24