Dlamini-Zuma, Mbete tipped to square off in run for ANC president 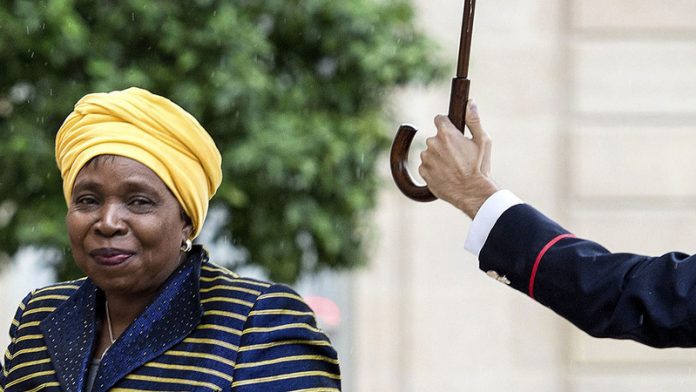 African Union Commission chairperson Nkosazana Dlamini-Zuma has given the first official signal that she is unavailable for a second term at the AU, thereby taking a step closer to putting up her hand for the ANC’s top spot.

But Dlamini-Zuma may end up running alongside one of the party’s stronger presidential contenders, Deputy President Cyril Ramaphosa, as horse-trading around slates kicks off. Slates are lists of candidates for different positions in the ANC that delegates are urged to vote for as a unit.

Her name has so far been associated with the “premier league” lobby, so named because it is said to enjoy the support of three provincial premiers who support President Jacob Zuma.

A source sympathetic to Dlamini-Zuma said she could be open to an agreement with the Ramaphosa lobby to run on its slate, should they need to combine their support to obtain greater numbers.

Dlamini-Zuma had been widely expected to return to South African politics, and giving the government notice that she will not seek re-election as AU chair all but seals the deal.

AU rules dictate that nominations for the body’s chairperson have to be in three months before the mid-year summit, set to take place in Kigali, Rwanda, in July. This means that Dlamini-Zuma has to indicate her availability for re-election to the post by next month.

An official said Dlamini-Zuma’s informing the South African government of her intention to return meant that she will be back in country in about October, when her handover to the new chairperson is complete.

Dlamini-Zuma previously served in former president Thabo Mbeki’s Cabinet, and before the ANC’s 2007 Polokwane conference she was said to be hedging her bets.

Her popularity in the party increased sharply after she was elected to the AU post, and she received the most votes of all ANC national executive committee members – including individuals in the top six – during the party’s 2012 Mangaung conference.

She also has some support in the ANC Women’s League, which has made pronouncements on wanting to advance women leaders.

Baleka Mbete had to campaign outside her constituency, whereas Cyril Ramaphosa was able to lobby in his Limpopo home base. (David Harrison and Mike Goldwater)

Dlamini, however, said the league had not even started discussing who to nominate. “If we can do that now, we would not have widely consulted with women and the branches of the ANC. For us, agreeing on principle with the ANC and alliance and MDM [mass democratic movement] structures is important.”

Dlamini said talking about nominations would detract from the women’s league programmes, but did indicate that the league would favour female candidates.

“For now, we know that electing women to decision-making [positions] is a must so that we can take the struggles of women forward,” she said.

Three sources in the know have confirmed that Mbete has presidential ambitions.

Mbete’s campaign is said to have kicked off formally on February 10 shortly before the State of the Nation address, when she hosted an event dubbed “The Speaker’s Ball” at an upmarket venue in Constantia, Cape Town.

The email address for responses to the invite was to her ANC office rather than her office in Parliament, which fuelled speculation that this was a personal campaign event rather than an official event.

It is unclear with which lobby Mbete would side, but there is speculation that she is seeking Zuma’s blessing.

There is still no certainty in the party as to who he would back to be his successor.

A source said Mbete believed her position as speaker was not allowing her optimal opportunity to campaign, and there is a possibility that she could be moved to another position in the political shake-up that is bound to happen in the wake of ANC chief whip Stone Sizani’s recent resignation.

At least three sources close to the women’s league said they didn’t think Mbete’s campaign would succeed because she had very little support in the mainstream ANC groupings.

This referred to the recent voter registration weekend, when Mbete was forced by the ANC to spend her time in Gauteng, which is not her constituency, as opposed to Ramaphosa, who was deployed to his home base in Limpopo, where he could drum up support.

Mbete served a brief stint as deputy president after former president Thabo Mbeki’s recall in 2008. There was talk that she expected a similar or higher position after the 2009 elections.

A lot of horse-trading is expected to take place around women candidates for top ANC positions at the party’s national elective conference next year. Even though the party has a resolution on 50-50 representation on its powerful national executive committee, this policy does not stipulate what the quota should be in its top six positions, or even in the presidency.

Mbete’s parliamentary spokesperson, Mandlakazi Sigcawu, referred queries on the succession matter to ANC spokesperson Zizi Kodwa, but added that Mbete was on record as saying she would not comment on the matter.

A spokesperson for Dlamini-Zuma did not immediately respond to questions.