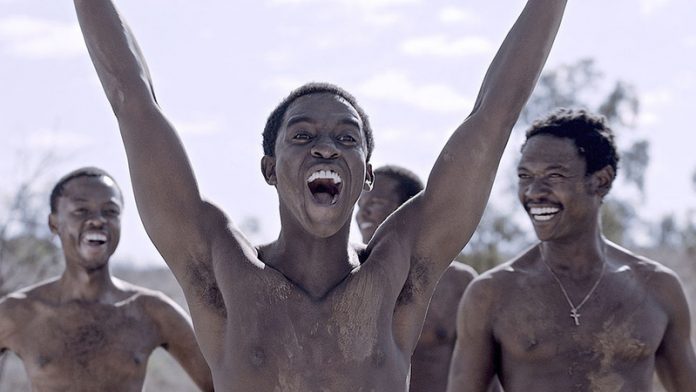 They step forward, arms open wide, palms facing up, then give a harmonious, thunderous clap.

For the students confronting campus security during the #FeesMustFall protests at the University of the Witwatersrand last year, the song is a rallying cry: a link to the defiance of a bygone era.

Senate House, the administrative seat of the campus, has been renamed Solomon Mahlangu House to commemorate the young MK soldier who was hanged by the apartheid government for murder in 1979.

And as negotiations with university management drag on through the night, once or twice tensions flare up. But then comes a song, which, more often than not, is Iyho uSolomon.

The origins of the anthem are unknown even in the ANC.

When it became popular at party rallies and other events in 2010, former ANC Youth League secretary general Sihle Zikalala told City Press that the song was aimed at conscientising young ANC members about how their peers had contributed to the armed struggle and had, like Mahlangu, paid the ultimate price.

This song and other struggle anthems, such as Shiwelele and Azania, are often sung during protests.

Mahlangu is often referenced through his most famous words: “My blood will nourish the tree that will bear the fruits of freedom. Tell my people that I love them. They must continue the fight.”

These are the words that students from the various student movements have embraced, claiming Mahlangu’s plea to “continue the fight” as their own.

“We are the branches of the tree that Solomon Mahlangu’s blood nourished,” says Azola Dayile, a student activist at Nelson Mandela Metropolitan University.

Mahlangu’s memory will no doubt continue to be etched in the South African history books through the film Kalushi, directed by Mandla Dube, which is based on the MK soldier’s life.

Throughout the ages, art has played an important role in interpreting the prevailing social and political issues, and perhaps it is no coincidence that Kalushi is opening this weekend’s RapidLion Film Festival in Johannesburg at a time when student activism is at its highest level in post-apartheid South Africa, Dayile adds.

Mahlangu’s age plays a pivotal role in how young people relate to him: he was 23 when he died. “Mahlangu died defending what he knew was right in his heart, and so are we as student activists. He paved the way for us,” says Dayile.

But not all students who were part of the #FeesMustFall movement feel a deep sense of connection to Mahlangu and his legacy.

Wits student Sarah Mukwebo’s interpretation of Mahlangu and the anthem dedicated to him has changed throughout the protests, she says.

“At first I saw this as a song to mobilise students: when Iyho Solomon was sung, we would get energised. But the song then became a silencing tactic by others within the movement. When someone did not like a point another student was raising, they would break out in song.”

Mukwebo agrees that the song is a powerful weapon, albeit one that can be twisted to suit individual agendas.

Solomon Mahlangu, the Umkhonto weSizwe cadre hanged in Pretoria in 1979, was charged under the common purpose doctrine, a legal principle that is still in use, says Mandla Dube, the co-writer and director of the film Kalushi.

“He didn’t shoot anyone. His colleague panicked, firing the gun and then went looking for Solomon. Two people died. The state was trying to make an example of him, so they executed him based on this doctrine.”

Dube says he hopes viewers of Kalushi, which opens the RapidLion Film Festival at Johannesburg’s Market Theatre on Saturday, will realise that common purpose was used recently – in 2012, to charge Lonmin mineworkers collectively for the murder of their colleagues after the Marikana massacre.

“In the film we took a lot of creative licence,” he adds. “But we had to tell a story. We were not telling a documentary.”

Solomon Kalushi Mahlangu was sentenced to death on March 2 1978, sparking an international outcry. He was executed on April 6 1979, a day celebrated in apartheid South Africa as Van Riebeeck’s Day.

“John Vorster was in trouble and he was losing favour and wanted something that would help him,” says Dube. “The Information Scandal was on his head. They really needed something to rally the Afrikaner community. So they chose to execute him on April 6, as a celebration.”

But Dube refuses to characterise the film as an apartheid story, preferring to call it a coming-of-age film. “It is a human story about a young man who goes through a rite of passage and finds himself recruited into a movement because of what happens to him,” the filmmaker says.

“Before he left [for exile] he got brutalised, beaten by the railway police. That just propelled him to say: ‘I can’t just be here. I have to leave.’ I’m interested in how somebody goes from being a hawker who wants to be a teacher to leaving us with such immortal words.”

Dube, a cinematographer by trade, became interested in Mahlangu’s story while lecturing at the University of the Witwatersrand. He has since told the story as a theatre production, a documentary accompanying an exhibition, and as a four-part television series that didn’t make it into production.

Kalushi cost roughly R24‑million to make, with funding from the lottery, the department of trade and industry’s rebate scheme and the National Film and Video Foundation.

Actor Thabo Rametsi, who plays Mahlangu, says there was some unintended comedy in the funding lapses, which resulted in a year’s break in filming. “I had to keep the same look because we didn’t know when we were going to shoot again. So when I wrapped another shoot, I had to work my weight down so I could look the same for the pick-up shots.”

Rametsi says the role was “very different from what we generally get as black South African actors. We get these stereotyped South African stories where Themba meets Nandi and he gets Aids from somebody else – all that sort of stuff. This was the first time where I felt like I was telling a story about someone who … seemed like a genuine human being that could always convince you. It made it more challenging.” – Kwanele Sosibo

The RapidLion Film Festival is at the Market Theatre from March 12 to 19.