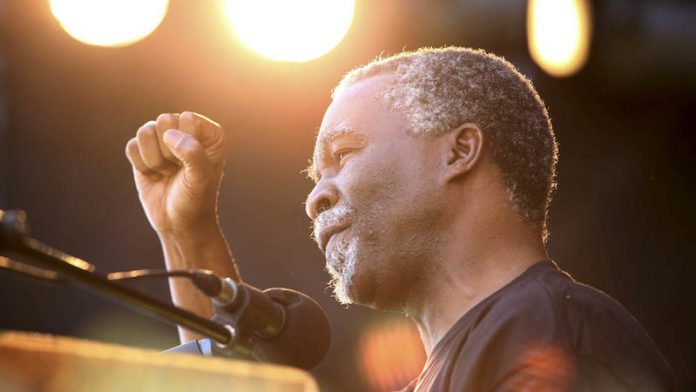 He would not be drawn to make further comments on the matter.

On Monday night, Mentor sent shockwaves across the country when she alleged on Facebook that she had been offered a top ministerial position by the Gupta family while President Jacob Zuma sat in the next room of their mansion.

She was responding to Democratic Alliance member Johann Abrie’s Facebook post about the Guptas offering Deputy Finance Minister Mcebisi Jonas the job of finance minister before Nhlanhla Nene was removed.

The Presidency distanced itself from Mentor’s claims, saying Zuma “had no recollection of Mentor”.

On Thursday morning, Mentor responded to Zuma in a detailed Facebook post, saying she had chaired the ANC national parliamentary caucus when Zuma was deputy president.

She wrote: “He is the one who introduced me to the ANC Caucus then as a new Chair of Caucus. I had a bi-monthy [sic] with him in his Tuynhuis Offices then. He knew me right from when he arrived from exile.

“He met me frequently on the ground in the Northern Cape on many occasions. I know President Mbeki and Kgalema Motlanthe will never ever say they have no recollection of me.

“As for the Guptas. I am not done yet, a lot still need to be told… will leave this here for now. I will only talk to the media if necessary from Friday late. The scoundrels can continue to insult and bark. If anything happens to me or my family, you all know who to suspect. I am NOT scared thou [sic]. I know my Redeemer Lives!”

Former President Kgalema Motlanthe was not immediately available for comment.

On Thursday, Deputy Finance Minister Mcebisi Jonas confirmed that the Gupta family had offered him the job of minister.

Jonas said in a statement: “Members of the Gupta family offered me the position of Minister of Finance to replace then-Minister Nene.

“I rejected this out of hand. The basis of my rejection of their offer is that it makes a mockery of our hard earned democracy, the trust of our people and no one apart from the President of the Republic appoints ministers.”

The Sunday Times reported at the weekend that the Guptas had offered Nene’s job to Jonas. – News24