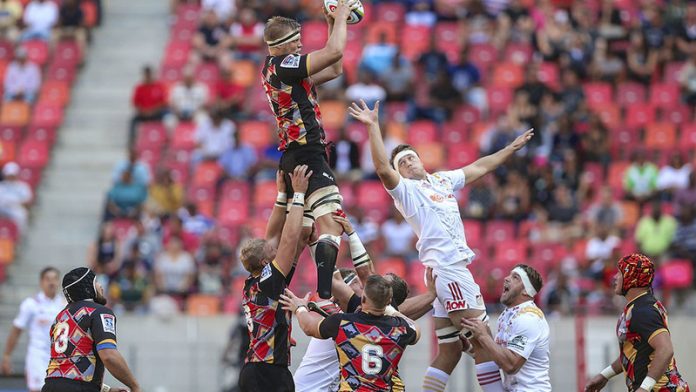 It may have gone largely unreported outside the Eastern Cape, but the most significant event in South African rugby happened last Thursday, when the high court in Port Elizabeth placed the Eastern Province Rugby Union (EPRU) under provisional liquidation.

The union has until May 10 to come up with reasons why the ­liquidation should not become ­permanent.

In the meantime the EP Kings will continue to compete (if that is the right word) in Super Rugby and from next month they will take part in this year’s revamped Currie Cup.

There are those who would like us to believe that the trials and tribulations of the EPRU have nothing to do with the game of rugby. Try telling that to the Kings players currently in Christchurch, preparing for an inevitable drubbing at the hands of the Crusaders.

Rather like the strife being experienced in the highest office in the land right now, the liquidation of the EPRU is likely to be the straw that broke the camel’s back.

The South African Rugby Union (Saru) has been in discussions with the union for four months now, ever since EPRU president Cheeky Watson asked for help. It was Saru that chose which players would receive Super Rugby contracts, it was Saru that appointed the coach, Deon Davids, and it appears now that only Saru can save the union.

It first needs to find the R18-million owed to the Kings players before the liquidation deadline. A Saru spokesman said last week: “SA Rugby is monitoring the situation in EP and is acutely aware of the needs of the union. We have been working behind the scenes with contingency planning and, once governance ­processes have been completed, we will be able to announce what those plans are.”

But nothing is likely to happen before April 1. That is the day Saru has its annual general meeting (AGM). All stakeholders will be in attendance and it is possible that the financial affairs of the EPRU will loom larger than the expected ratification of the new Springbok coach. Politics will be to the fore; arguments that throwing money at the situation will simply open up a bottomless pit will be countered by the romantic notion that South African rugby simply cannot face the future without a presence in the Eastern Cape.

As for Super Rugby, it is possible to feel sorry for the Kings players hunkering down on the other side of the world. They have reached the fourth week of the competition with a certain amount of pride still intact.

They competed for half the game against the Sharks in round one, licked their wounds in the bye ­weekend of round two, and then ­conceded 58 points at home against the Chiefs in round three. It is all downhill from here.

And as for the Currie Cup, the EP Kings are due to play the SWD Eagles in Port Elizabeth in round one, just a week after Saru’s AGM. It is hard to imagine them complying with that fixture for one very pertinent reason: Where would they get the players? Thirty-six players took the EPRU to court ahead of last week’s judgment, a major proportion of the 56 who were contracted in some way, shape or form. Why would any of them make themselves available for selection in April?

It has become the norm for unions to save money on salaries by picking students. The Varsity Cup is thus an accepted conduit into the first-class game. But the disruptions at campuses nationwide have disrupted the Varsity Cup to the extent that it is going to finish at least two weeks behind schedule. So on April??8, the Madibaz (Nelson Mandela Metropolitan University) will be preparing for a game on the tenth. That’s their players out of the reckoning for the EP Kings.

Now it gets hard. What does a coach do? Pick the under21s and hope they don’t get too badly hurt? Go to the clubs? Despatch and Spring Rose, from Uitenhage and New Brighton, would be top of the list, but they have fixtures of their own to fulfil. And anyway, it is a significant proportion of the clubs that form the EPRU that have been trying to organise a no-confidence vote in Watson for the past six months.

Perhaps the saddest aspect of all this is Saru only has itself to blame. It was Saru that insisted on being allowed to field a sixth team in Super Rugby. The only way that could happen was for the competition to expand, giving us the current 18-team monolith with its time-zone-spanning “conferences” and ­incomprehensible fixture lists.

So we can be certain that Saru will ensure that the Kings fulfil their fixtures, even if they have to bring in nationally contracted players to make up the numbers. The question remains, though: What will it all achieve? A betting person would get short odds on the Kings going through the season winless. That being the case, why not wind them up now? The court ruling against the EPRU gives Saru the perfect excuse. Time to grasp the nettle, gentlemen.