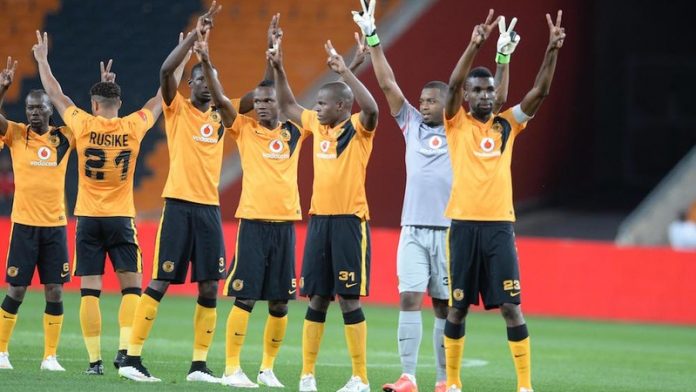 Hopes of improved performances from South African representatives in the African Champions League lie in tatters for yet another year as the insular approach of the domestic game continues to hold fast.

Only Mamelodi Sundowns look likely to advance to the final knockout round and set themselves up for a chance to reach the group phase of the club competition.

Kaizer Chiefs and Bidvest Wits are on the brink of elimination after embarrassing home defeats last week, and Ajax Cape Town botched a massive advantage in the first round of the Confederation Cup last month and are already out.

Sundowns will need a cautionary approach and a stout constitution if they are to hold on to a 2-0 advantage against the Congolese side, AC Leopards. They play on Saturday in the second leg of their second-round tie in Dolisie in a small and intimidating venue, having had to deal with a bus trip through the jungle to get there.

Sundowns have so far been reaping the rewards of a sanguine attitude towards the competition and thorough preparation as they search desperately to make a mark on the continent.

It is something Kaizer Chiefs should be emulating, particularly if they want to extend their popularity – and the financial reward that will bring – beyond the Southern African region.

Chiefs might be the brand of choice for a large percentage of local football followers but, when you travel on the continent and are recognised as a South African, the shouts are “Pirates, Pirates”.

It is because of the impression left behind by Pirates’ thrilling run to the 2013 Champions League final and the deciding tie of last year’s African Confederation Cup.

Chiefs did play their strongest starting line-up in two Champions League ties this year as coach Steve Komphela understood the benefit of any positive result to his flagging fortunes but the air about the club is one of reluctant participation.

Chiefs want to be seen to be doing their patriotic duty and participating in the Champions League, but that taking part is an unnecessary, and unwanted, burden on resources is also made clear. This permeates down to the players and is no recipe for positive performance.

A 1-0 defeat to Asec Abidjan at Soccer City last Saturday in the first leg of their Champions League second-round tie leaves Chiefs needing to win to produce a turnaround in the Côte d’Ivoire, which seems beyond their current capabilities.

The club are in a slump, playing too slowly, building up with a large degree of tedium, attacking without conviction and under increasing pressure, particularly on their coach.

But the Champions League is the last arena that offers Chiefs redemption from a disappointing season. They have lost in two cup finals, were beaten by Orlando Pirates in the first round of the other knockout competition and all but ceded their league crown. Progress to the group phase of the Champions League would be a first for the team and put them into an elite pack, offering something for their fans to savour after all this season’s setbacks.

They, more than any other team, need a result this weekend – but it is hard to see it materialising.

Wits play in Dar es Salaam on Sunday in the Confederation Cup, having lost 3-0 at home to Azam of Tanzania in the first leg of their tie. It was not, by the way, the first time a South African side had been beaten by a three-goal margin on home soil. Disturbingly it has happened three times before.

Wits have been playing a second string side, saving their best players for the league title race and using the pan-African competition as an expensive forum to give fringe payers a taste of some international action. It has again backfired, as it did last year, and has done in years before that, for coach Gavin Hunt.

It is only when he embraces the real achievement of African club success that his side will be able to chase a prize much bigger than anything they could achieve locally.