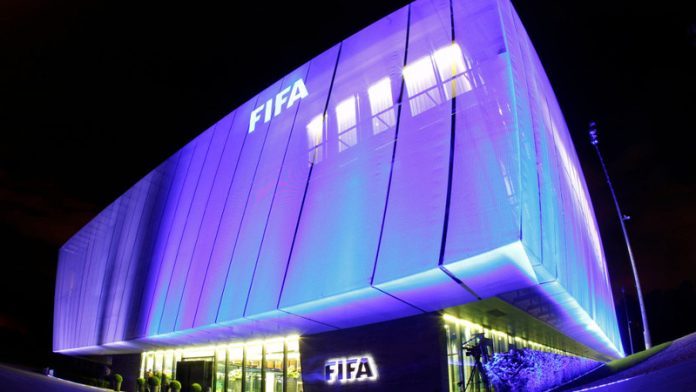 Fifa has lodged a claim for “tens of millions of dollars” in restitution from former football executives indicted on corruption charges.

Included in the charge is an allegation that South African officials bribed high-ranking Fifa officers to secure the 2010 Soccer World Cup deal.

It believes it has a case for restitution as a victim of corruption which has “deeply tarnished the Fifa brand.”

“Fifa as the world governing body of football wants that money back and we are determined to get it no matter how long it takes,” newly-elected Fifa president Gianni Infantino said.

‘Damage done cannot be overstated’ – Fifa
“Over many years, the defendants grossly abused their positions of trust to enrich themselves, while causing significant direct and proximate harm to Fifa,” the governing body said in a statement.

In the 22-page request, Fifa admits for the first time that bribes were paid in connection with voting for the 1998 and 2010 World Cups.

It claims it is entitled to restitution from former Fifa executives indicted in the United States, including Chuck Blazer, Jack Warner and Jeffrey Webb.

Fifa said in its claim that “the damage done by the defendants’ greed cannot be overstated.”

It added: “Their actions have deeply tarnished the Fifa brand and impaired Fifa’s ability to use its resources for positive actions throughout the world, and to meet its global mission of supporting and enhancing the game of football, commonly known in the United States as soccer.”

Fikile Mbalula to address public
Sports minister Fikile Mbalula will brief the media today regarding the charges. He is also expected to address allegations of match-fixing and suspension of SA Football Association officials.

This comes after Fifa imposed sanctions on former football officials regarding the international friendly matches played by Bafana Bafana ahead of the 2010 Soccer World Cup.

Former head of referees Lindile “Ace” Kika was banned from all football-related activities for six years while former South African Football Association (Safa) chief executive Leslie Sedibe was found to have infringed rules related to disclosure, cooperation and reporting of the Fifa Code of Ethics.

Sedibe has been banned for five years from all football-related activities and also received a fine of around R300 000.

Former Safa employees Adeel Carelse and Steve Goddard were both found guilty and each received a ban of two years. – ANA, News24 (edited by Thalia Holmes)