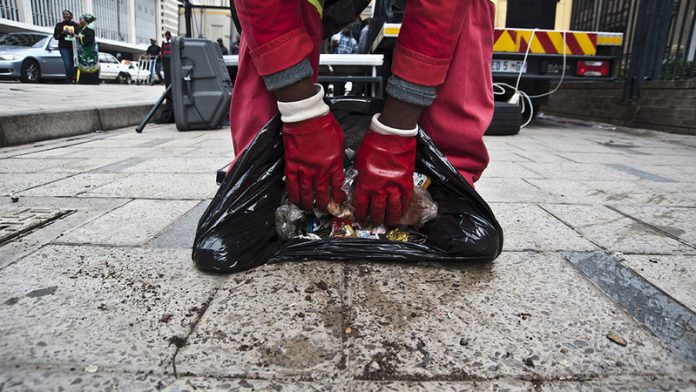 Ester Mteshane is tired by the time she returns to her family at night. She loves her job. And she loves the people she works with even more. The 50-year-old has been working at Johannesburg waste management entity Pikitup for the past 20 years, starting as a street cleaner.

It’s this love that has put her on the street with her fellow workers, protesting. They are demanding a salary increase from R6 000 to a benchmark of R10 000, and the dismissal of Pikitup’s managing director, Amanda Nair, whom they have accused of corruption.

Mteshane maintains she has always been happy cleaning streets and driving trucks, because of the lessons she has learned. Her most valuable learning curve has little to do with business and more to do with community spirit.

She began with the company in 1996 and has since worked her way up to the position of operations supervisor, where she plays a “mother” role to those reporting to her. The company policy states that, if a worker misses work for more than three days, they automatically don’t get paid. But she knows that many workers don’t know the company policy and tries to find out what their problems are or gets their neighbours to check on them.

“‘If you are leading the employees, you have to take the office to them and not wait for someone to come to you,” she says.

Although she holds a relatively senior position in Pikitup, she firmly believes in workers’ rights. She usually clocks off work at 4pm, but returns home much later because of trade union meetings. She relies on her family to take care of their home in White City, Soweto.

“Most of the time I spend in the areas with the community. I learned how to live with others peacefully and respect each other.”

She believes she and her colleagues have been forgotten, although they are present each day when the rubbish “disappears”.

Their unprotected protest means they won’t be paid, and Pikitup has issued pre-dismissal notices.

For Mteshane, this shows that there is something to fight for. The fact that workers are willing to go without salaries, she says, means that there are burning issues that need to be addressed.