ANC: We stand by Zuma 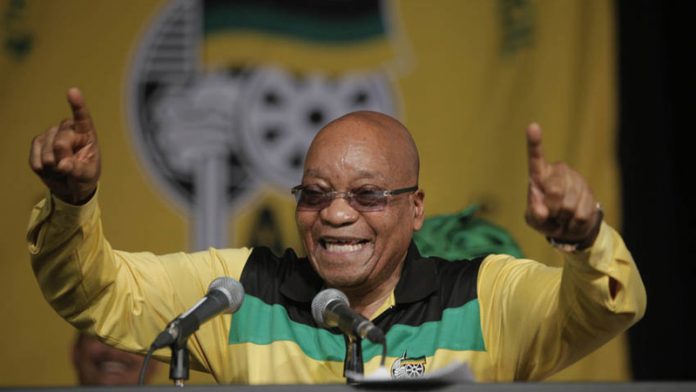 The African National Congress has expressed confidence in President Jacob Zuma’s leadership despite widespread outcry and increasing calls – some from within the party – for him to step down.

Prior to the National Executive Committee (NEC) meeting over the weekend, there were high expectations that the party would recall President Jacob Zuma after damaging revelations by Deputy Finance Minister Mcebisi Jonas and former ANC Member of Parliament Vytjie Mentor that they were offered ministerial positions by Zuma’s close acquaintances, the Gupta family.

The Sunday Times has reported that former government spin doctor Themba Maseko revealed that Zuma instructed him to meet with the Gupta family to discuss business opportunities, particularly the placing of adverts in the family’s media outlets.

ANC secretary general Gwede Mantashe on Sunday said he was unable to comment on whether the president has been captured by the Gupta family or not because it was not his judgment to make. While the ANC took the Gupta family to task, it defended Zuma and said it “continues to confirm its full confidence in [him]”.

The party lambasted ANC members who picketed outside St George’s Hotel, where the NEC meeting was held, urging for Zuma to be recalled. The picket was led by former ANC youth league deputy president Ronald Lamola.

Tackling the Guptas
Mantashe said the NEC never discussed the issue of Zuma stepping down. He said the ANC would investigate allegations implicating senior government officials and politicians captured by the Gupta family and other business, before it could take action against them.

“The ANC does not listen to the hype created by the media. If the ANC works that way, we would not have an organisation,” said Mantashe.

He said the NEC has mandated its National Working Committee (NWC) and the office of the Secretary General to further investigate allegations of the influence by the Gupta family in the appointment of ministers, deputy ministers and other key positions in parastatals.

“We reject the notion of any business or family group seeking such influence over the ANC with the contempt it deserves while also recognising the need to act to protect the integrity of our government and our organisation,” Mantashe said during the post-NEC media briefing on Sunday evening.

Mantashe also accused the Gupta family of using their media platforms to sow divisions within the ANC. “The NEC expressed its utmost disgust at the arrogance, disrespect and reckless journalism displayed by The New Age newspaper, ANN7 news channel and the representatives of the Gupta family. They have characterised the ANC as a group of factions for and against President Zuma.”

Mcebisi Jonas
The NEC, which is the party’s highest decision-making body between conferences, came to the defence of Jonas and others who have publicly come out about the conduct of the Gupta family.

“You don’t discipline people for doing the honourable thing. That is a problem. It is not done,” said Mantashe. He encouraged those with information to come forward, saying the ANC would protect them politically.

Elections
Despite the current challenges that the party is facing, Mantashe was confident that it would win the upcoming local government elections. He said the ANC would break from its tradition and announce the names of mayoral candidates prior to the elections.

Mantashe said that the NEC was concerned with the recent Electoral Court ruling on the Tlokwe matter and that it had joined the Independent Electoral Commission’s (IEC) Constitutional Court appeal as an amicus curiae.

Last month the IEC postponed by-elections in Tlokwe after it found that over 4 000 addresses were missing from the voter’s roll. The NEC is concerned that this may disadvantage millions of eligible voters who did not have registered addresses.

Pravin Gordhan
Meanwhile, the ANC also reaffirmed its confidence in Finance Minister Pravin Gordhan and called for a speedy resolution to the public spats between the minister, the Hawks and the South African Revenue Services.

The NEC also raised concerns about financial viability of the South African Airways and instructed the government to resolve challenges facing the SAA board.

Gordhan last month announced government’s plans to merge the boards of SAA and SAA express, but emphasised that SAA needed to stabilise before the anticipated merger.  Based on current treasury estimates, SAA will still need R2-billion to R3-billion a year over time.

“The ANC expects all state-owned companies to perform optimally, adhere to principles of good governance and continue to pursue both financial viability as well as their developmental mandate,” the ANC said in its statement.