#Unmask TB stigma with a selfie 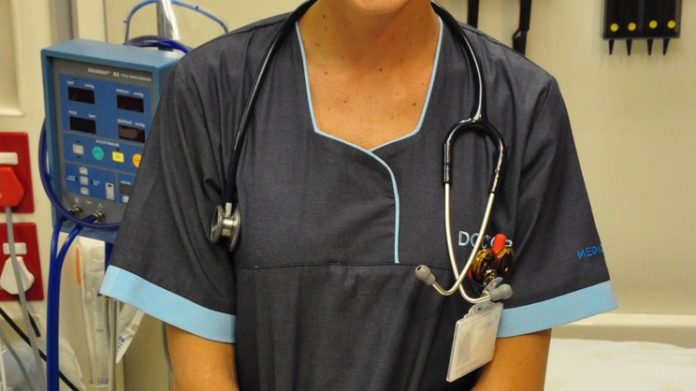 COMMENT
Five years ago, on Christmas Eve, I was diagnosed with multidrug-resistant tuberculosis. I had to spend the festive season in isolation, away from my family and friends, to prevent them from contracting TB from me.

In addition to this, I had to wear a mask in public. People stared at me endlessly and questioned me about it. This experience of TB-related stigma changed my life.

In the eyes of many people, I was an unlikely candidate for tuberculosis: I was a doctor. At the time, I was working at a state hospital in the Western Cape. I worked long hours that weakened my immune system and allowed TB to develop in my body.

I wore the mask to protect other people from getting infected, but I realised many people have false beliefs about tuberculosis. Many people asked me: “What is wrong with you? Why did you get TB?”

When you have tuberculosis, it doesn’t matter who you are: the stigma and discrimination you experience remains the same.

People don’t realise that TB is an airborne disease that anyone can get, even if you are young and healthy.

Early detection, early cure
Multidrug-resistant TB is a form of tuberculosis for which many of the drugs used to treat ordinary tuberculosis don’t work. It is much more expensive and complex to treat than normal TB: a patient needs to get treated for up to two years instead of the six months for ordinary TB.

According to the World Health Organisation (WHO), only about half of multidrug-resistant TB patients around the world are cured. Four out of 10 die, because they either haven’t completed their treatment or the drugs were simply ineffective.

I am one of the lucky ones who survived multidrug-resistant TB. But I didn’t escape the stigma. I personally experienced the negative effects that stigma has on access to tuberculosis diagnosis and treatment.

TB-related stigma often prevents people from seeking care early in the course of their disease, when they are more likely to be cured. Patients who start their treatment late are also less likely to complete their drug course. Some people infected with tuberculosis lose their jobs and their social support networks collapse.

According to the 2014 stigma index of the South African National Aids Council and Human Sciences Research Council, about 35% of people with tuberculosis experience external stigma such as being gossiped about, being teased or being insulted. People with tuberculosis also experience internal stigma such as feelings of uncleanliness, guilt and shame.

Deadlier than HIV
The WHO’s 2015 global TB report says tuberculosis is the world’s leading cause of death from infectious disease and kills more people than HIV: every 25 seconds TB claims a life.

I wish everyone could understand what it feels like to have tuberculosis. It will increase support for people with TB and improve treatment outcomes so that fewer people die. I’ve learned that first hand.

Dalene von Delft is a medical doctor. She works for nonprofit organisation TB Proof, which was established by South African healthcare workers and students after their personal experiences with occupational tuberculosis, particularly multidrug-resistant TB.

• Join the WHO’s Unmask Stigma Challenge and post a selfie with a surgical mask on social media or wear a mask in public on World TB Day, Thursday March 24. The campaign encourages people to show solidarity with people with tuberculosis. Go to unmaskstigma.org

It was hailed as a revolution in private investment in healthcare in Africa, but almost a decade after it was opened, Lesotho’s only specialist hospital takes up almost a third of the country’s entire health budget. Now, we may finally know why
Read more
Politics