Zuma offered to step down as president

President Jacob Zuma told his ANC comrades during the party’s national executive committee (NEC) held at St Georges Hotel at the weekend, he was ready to step down if they wanted him to do so.

According to two senior ANC leaders who attended the NEC meeting, Zuma said he was aware there were people within the party’s top structure who wanted him out as president.

“He told us we should tell him directly if we wanted him to step down, rather than to stab him in the back,” said an NEC member aligned to ANC secretary general Gwede Mantashe’s faction. The NEC member claimed this faction was in control of the NEC meeting, but took a conscious decision not to push for the recall of Zuma as this would impact negatively on the ANC in the few months ahead of the local government elections.

“Imagine what that could have done to the image of the ANC? It would have been irresponsible of us if we did that,” said the NEC member. He said the faction aligned to Mantashe was happy it managed to win key discussions within the NEC, including the issue relating to the state capture by the Gupta family, which is closely linked to Zuma. 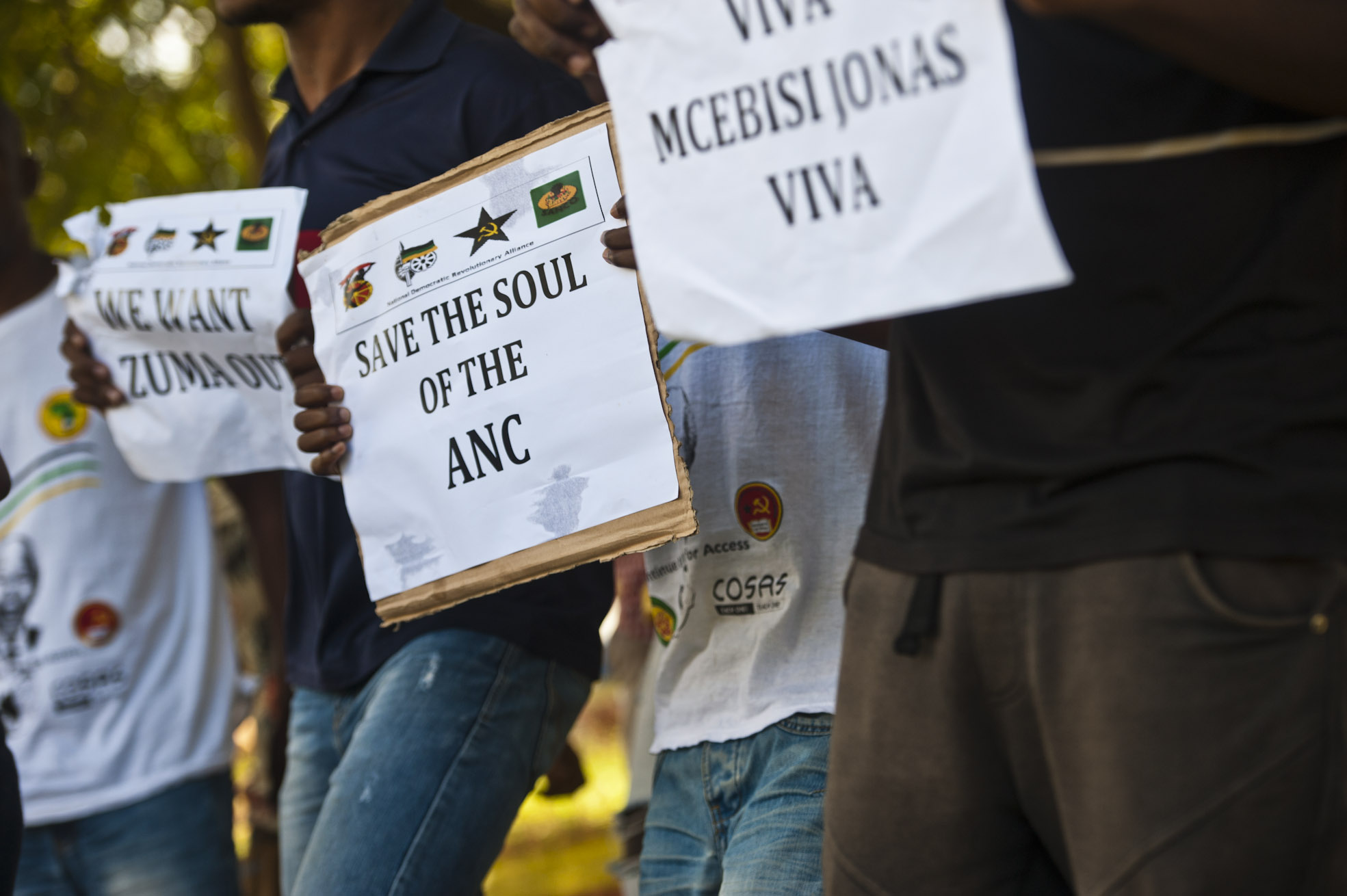 The Mail & Guardian understands that Zuma supporters did not want the issue of the Guptas to be discussed or the ANC’s decision about the family to be included in the NEC statement that was released by Mantashe on Sunday night, but they lost the argument.

Zuma reportedly defended his relationship with the Gupta family, saying it came to the aid of his son Duduzane when he was starting his career.

In its statement, the ANC said allegations surrounding the Gupta family and its purported influence in the appointment of ministers, deputy ministers and positions in key state-owned entities had no place in the ANC and the government as they had the potential to undermine and erode the credibility and confidence of “our people in the leadership of their organisation”.

The NEC encouraged all ANC members who had information about the influence of the Gupta family to approach Mantashe’s office. This was after damaging revelations by Deputy Finance Minister Mcebisi Jonas and former ANC Member of Parliament Vytjie Mentor, who said last that they were offered ministerial positions by the Gupta family.

The Sunday Times reported on March 20 that former government spin doctor Themba Maseko revealed that Zuma instructed him to meet with the Gupta family to discuss business opportunities, particularly the placing of adverts in the family’s media outlets.

“The fact that Mantashe’s office has been mandated to deal with all allegations relating to the influence of the Gupta family is very important. The reason why people [Zuma’s supporters] did not want to discuss the Gupta issue or put the ANC’s decisions on it in the statement is because any criticism on the family is an indirect criticism of president Zuma,” said the NEC member.

The NEC came to the defense of Jonas and others who have publicly come out about the conduct of the Gupta family. Mantashe dismissed calls by the ANC Youth League president Collen Maine to fire Jonas for revealing that the Gupta family offered him the top cabinet position, and described Maine’s utterances as “ill-discipline”.

“You don’t discipline people for doing the honourable thing. That is a problem. It is not done,” said Mantashe. He encouraged those with information to come forward saying the ANC would protect them politically.

Another NEC member cited the appointment of Jackson Mthembu as the new ANC chief whip as another indication that the Mantashe faction had an upper hand during the NEC meeting. Zuma, the M&G understands, preferred ANC MP Richard Mdakane to take over the top position left vacant by Stone Sizani, who was redeployed as South Africa’s ambassador to Germany.

The ANC said in a statement on Tuesday that the decision to appoint Mthembu as the new Chief Whip would be communicated to the organisation’s first Caucus meeting when Parliament reconvenes following its recess.

“Comrade Jackson Mthembu brings vast experience to the position of Chief Whip, having served as a Member of Parliament since 1994 before he was deployed back to Mpumalanga, where he served as Member of the Provincial Executive Council in the Provincial Government and later Chief Whip, then Speaker in the Provincial Legislature. The ANC is confident that Comrade Mthembu will discharge, with distinction, his responsibilities of overseeing the political and administrative functioning of the ANC Caucus to support the ANC’s programmes and policies,” the party said in a statement.

Asked about Zuma’s offer that he was ready to step down, ANC spokesperson Khusela Sangoni said she was not prepared to go beyond the NEC statement issued on Sunday, which reflected the totality of what transpired during the NEC meeting.

She said the party condemned any effort to distort what would have happened in the NEC – which was behind close doors.

Meanwhile, the ANC said it would meet with representatives of the Gupta-owned The New Age newspaper and ANN7 on Tuesday afternoon to discuss the negative coverage by the organisations.

Mantashe on Sunday accused the Gupta family of using their media platforms to sow divisions within the ANC.

“The NEC expressed its utmost disgust at the arrogance, disrespect and reckless journalism displayed by The New Age newspaper, ANN7 news channel and the representatives of the Gupta family. They have characterised the ANC as a group of factions for and against President Zuma,” said Mantashe.