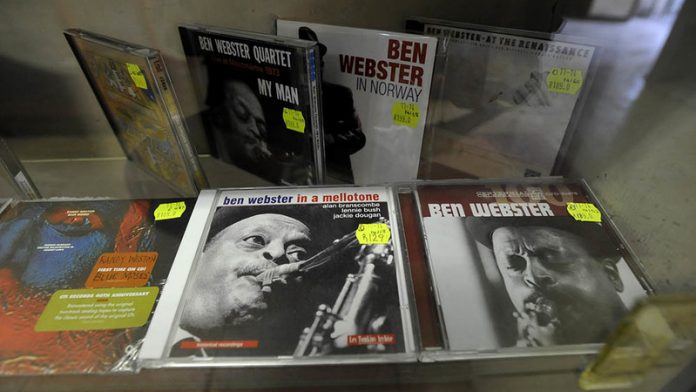 The recent merger between South Africa’s two largest CD and DVD providers was one of the last nails in a coffin that has been built over the past decade.

Last week, the Competition Tri­bunal announced that it has approved, with conditions, the merger between Caxton-owned CTP and Compact Disc Technologies (CDT), a division of Times Media.

“Both CDT and CTP are involved in the manufacture and replication of CDs and DVDs, and were the largest operators in the sector,” said the tribunal.

“The merger was initially opposed by the Competition Commission because of concerns that it would result in a substantial lessening of competition in the market for the manufacture and replication of CDs and DVDs. The transaction also raised public interest concerns about possible retrenchments as a result of the merger, and the impact this could have on customers.”

But the reality that there are no longer enough customers to support both companies in the local market ultimately decided the approval of the merger.

In November last year, the two parties approached the country’s competition authority for approval on the matter. In their application document, the struggling companies outlined the reasons for their convergence.

The overarching factor was the displacement of physical storage devices.

The document said it was a global phenomenon and followed the same patterns as previous shifts in music and information storage types – with one important exception.

“The replacement of CDs and DVDs with electronic storage devices replicates what occurred in relation to earlier forms of storage devices, such as vinyl records, cassettes and videos,” said the parties.

“Moreover, the transition is towards the use of pre-existing electronic storage means, in relation to which there are established market participants who provide this form of access.”

In other words, digitisation and the advent of cheap mass storage devices such as USBs have fundamentally changed the entertainment industry.

“What we’re seeing now is an increasingly shrinking industry forced to consolidate itself, but even that will have to renew itself before long,” said Arthur Goldstuck, a media analyst and managing director of the technology research company World Wide Worx.

“This is not the beginning of the end; that was some time ago. One sign of it was when you started seeing a fairly recent movie on DVD in the bargain bin for R50 at the grocery store, instead of selling for R150 like it used to.

Another sign is the rapidly shrinking number of video shops in the country. In March 2012, then-media group Avusa (renamed Times Media Group) estimated that 25% of the country’s video stores had closed down in the preceding year alone.

In Goldstuck’s opinion, the writing is on the wall: in a few short years, DVD stores will no longer exist, except perhaps as photographs in history books.

Walk past your local DVD store (if you can still find one) and you will be greeted with deals of every kind: pay R35 for a newly released DVD; pay R50 and you can take home four “classics” for a week; pay R40 for any two action films …

Take into account the fact that these shops need to cover rentals, franchise fees, royalty fees and wages for storekeepers, and the maths spells out a foregone conclusion.

Take into account also the fact that these stores are waging an unfair battle: many analysts agree that the formal entertainment industry’s biggest “rival” is piracy.

Pundits differ over the figures, but estimates of the amount of music in South Africa that is pirated range between 45% and 90%.

High levels of piracy are typical in low- and middle-income economies, but the Association for Progressive Communication wrote in a 2011 article that “piracy in South Africa is also a result of its distinctive history of repression and political tensions dating back to the apartheid era”.

“During apartheid, illicit trafficking was the only way for underground groups and the black majority to a number of cultural goods, including books, videos and audio cassettes,” its author, Natasha Primo, said.

“In this fashion, the consumption of pirated goods was normalised and integrated into wider South African political and social practices.”

The association said distribution channels and the concentration of services ensured the black population had “little to no access to the legal cultural market until 15 years after the first democratic elections”.

Goldstuck said the global practice of piracy also came about in reaction to the entertainment industry calling the shots for decades.

“Part of the problem is that the entertainment industry had its own way for too long and dictated to the customer how it must buy its content,” he said.

For example, consumers were forced to buy entire albums of music even if they only liked one or two songs.

“It was a very obvious issue, but the industry never addressed it. The customer started rebelling, and with that came the emergence of mass piracy.”

The department of trade and industry has led several anti-piracy campaigns and conducts occasional raids on peddlers selling counterfeit goods. But the department of arts and culture has been less vocal on the matter and, in 2007, came under fire for adopting a view of “quiet diplomacy”.

But the illegal sharing of material and the shift from physical storage space are only two strands in a complex weave of factors that make up the CD and DVD industry’s shroud.

The increasing practice of streaming and the ability to store music, series and movies in the cloud (on the internet), rather than on a physical device, are likely to be the next game-changers.

“More and more people are choosing not to own the content; they are choosing to stream it instead,” said Goldstuck.

“Right now downloadable content is dominating the market; over time that will give way to purely streaming content. It’s fairly clear that over time downloads will go the same way as DVDs and CDs.”