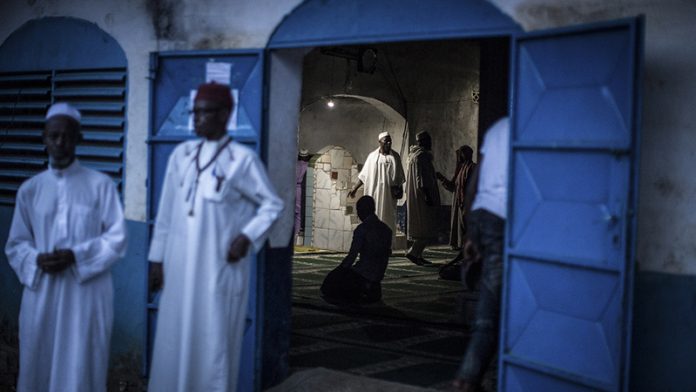 Religion matters as much today as it ever did. It matters to a slowly but steadily increasing proportion of the world’s population, even though it is in decline in Japan, the United States, Vietnam, Germany, France and the United Kingdom.

Everywhere else, religious adherence is increasing, with Pew Research data identifying Islam as the fastest-growing religion, expected to catch up with Christianity in 2050.

Religious adherence today, as it has ever been, is grounded in both good and bad reasons. The good reasons include things such as community, charitable works, comfort in times of need and a sense of personal significance or meaning.

Atheists, like myself, frequently argue that all of those “goods” can be purchased in other ways and, more importantly, in ways that don’t involve propagating what can be bad about religion, such as false beliefs, the reinforcement of sexist power relations and the exploitation of the needy and the gullible.

Even if this is true, though, it’s not a compelling argument for refusing to see the good that can come from religion and for trying to assist in making religious practice as personally fulfilling and beneficial to society as it could be. And as a humanist, what that means for me is that there’s no value or decency in being derisive or unsympathetic to religious folk.

The bad reasons for religious adherence should concern us all – whether we are religious or not. If people turn to some version of God because they are poor and seek comfort in the idea of a hypothetical hereafter simply because there is no comfort for them on Earth, the priority should be to lift them out of poverty before teaching them mythology.

The hereafter shouldn’t be a comfort for hell on Earth; rather fix the problem before teaching mythology. (David Harrison, M&G)

If a religion is practised in such a way that women are denied access to education, or are made to be subservient to men, it should likewise matter to all of us, even if justification for this inequality can be supported by religious texts. Today, we know things about social justice that couldn’t have been known centuries ago, and, today, we’re informed enough to know that any God worth taking seriously wouldn’t want us to live like that.

We also know, if something isn’t freely chosen, that means it is likely to have been forced upon others by either coercion or confusion, neither of which sound like godly motivations. This realisation should provoke serious consideration for how we educate our children, how we inform and hold policy debates in our society, and how we think about religious freedom in general.

Sometime this year, South Africans are likely to witness a court battle about secularism in schools, when the Organisation for Religion Education and Democracy (Ogod) takes a number of schools to court for violating the national policy on religion and education. This policy calls for public schools to give equal consideration to all religions and also to accommodate the nonreligious.

Then, when we discuss matters of policy or law, it is likewise important to recognise that, although the religious community is a relevant constituency, it is not a uniquely important one. How we govern our society should be motivated by what’s good for all of us, regardless of our metaphysical beliefs – and if religious wisdom can help inform that, so much the better.

But a view doesn’t count as useful, or relevant, simply because it professes to promote the views of a deity. Also, it’s long past time for these discussions, when they include religious voices and interfaith groups, also to include representation from explicitly secular and humanist organisations.

If someone is coerced or otherwise led into impoverishing or demeaning themselves in the name of religion, our default attitude towards that should not be tolerance for the sake of respecting religion.

We are humans first and the rest of our identities come after, whether informed by a holy book, culture, race, sex, a favourite football team or anything else. So if you are religious, try not to be as pleased when politicians engage in special pleading for your vote by name-checking your God because, in doing so, they’re often insulting the rest of us.

As for you heathens, try to remember that religious folk often believe what they do not because they are ignorant, but because they care: about values, about humanity’s future and, often, about you – believe it or not.

Jacques Rousseau is the chairperson of the Free Society Institute.