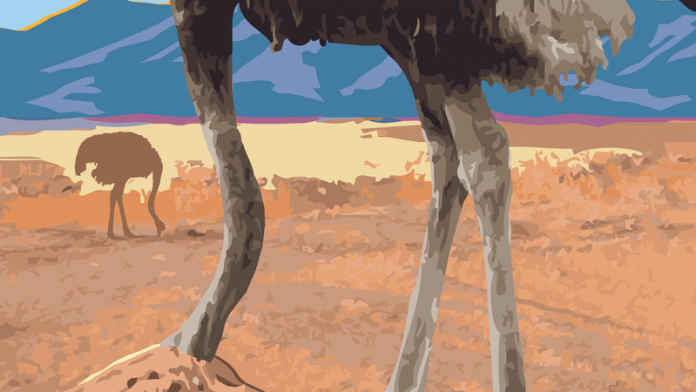 Some think it was Winston Churchill who said: “Never let a good crisis go to waste.”

It seems that the current seemingly intractable crisis is here to stay until some changes are attained at higher education institutions.

We must concede, though, that this “good crisis” is troubling because the future of our higher education seems to be at stake and the ever-more pronounced conflagration is rendering many stakeholders impotent. Our future, as personified by the students, stands on shaky ground, particularly as we start pointing fingers at various causes, including some nameless “third force”.

It is solutions we need. Arguably, a time for change may have come but should the drive for it be so uncontrolled and wanton? There are so many good struggles being waged in wrong ways. It is so unfortunate to mar a just battle, as is happening now. We cannot protest for a bigger library by destroying the small one we have.

When the #FeesMustFall voice was raised, it spoke to everybody, for people believed the transformation of education was long overdue. Various role-players understood and supported the positive clamour.

But in the face of burning buildings and racial wars on campuses, society may well be feeling that it is losing a battle that could have been redirected along calmer paths.

Maybe what is happening is in the nature of any revolution. Some might argue that this is the right time to be exposing society for what it is, not where it should be. This might be the right time to steer the half-sinking ship into the bay of educational transformation and social change.

It is clear, though, that the battles on campuses are much bigger than mere duels for better education – at their core is the bawling for a just and equal society. These are battles against racism, for free quality education and for total freedom, especially for the indigent.

This might be the right time to address seriously the challenges that are eating away at our society so rapidly. There may never be another time.

Early in March, what was supposed to have been a good day of rugby at the University of the Free State turned into racial fisticuffs – an irony, considering that we always thought sport could bring the nation together.

Maybe this was exposing another fallacy: reconciliation will waver when built on unstable ground. This encounter turned into a duel between black and white students.

Then there was the issue of Afrikaans at the University of Pretoria, which also sparked hatred between white and black students. The issue of Afrikaans needs to be debated and resolved soon, because the tension it seems to cause will lead to intense, bitter wars on campuses.

The Afrikaans issue also appears to be growing larger than other grievances now. This is not a new debate: the #OpenStellenbosch students started it in 2015, arguing that Afrikaans needs to be replaced in lecture halls.

Two crucial factors have come to the fore here, and both need to be attended to.

On the one hand, the issue of languages has raised many emotions and is the elephant in the room; higher education should no longer avoid this matter but address it head on. There are huge rifts between racial groups in a country in which we are still searching for solutions. One wonders whether Afrikaans is the real problem here.

On the other hand, many of us have begun to realise how desperately we need civil ways of engagement, because fighting cannot solve our racial and policy problems.

The paradox of sending students to institutions of higher learning is that there are racial undertones in some of them. In lecture halls, students have to withstand racist practices, and in the process they may learn to be racist themselves. Do we have a tomorrow when the future is gradually being destroyed by venomous practices in our pedagogy in higher education institutions?

The racist demon still surges in our society, and it is very disconcerting that after two decades of democracy we are still close to where we were in the 1980s.

The crisis is growing every day on our campuses, in various forms. It has now escalated into the unfortunate destruction of property.

There are so many twists in this story, though. The fight for anglicised institutions may delay the struggle for indigenous languages at higher education institutions. We need to look at other facets of the argument when it comes to the language parley: it is probably English, not Afrikaans, that will decimate indigenous languages.

The colonialist agenda continues to determine the future, although this might be furtive. Afrikaans may be gone tomorrow, but some would argue that we are not guaranteed a transformed African education as long as higher education does not speak African indigenous languages.

What happened to the University of KwaZulu-Natal experiment, where isiZulu was introduced as a language at university so that all students should be familiar with it? That was a sign of a good beginning.

Our current crisis should really make us wise; we have so much to think about as we plan for the future.

We need strong leadership to intervene and lead, pulling in a number of other role-players. Without effective leadership, we will continue playing the blame game and feeding the conspiracy theories of a third force fuelling the fire.

The time for transformation has come, but sensible techniques are desperately needed.

There will be local government elections later this year, and some political players may find it opportune to rally their forces by exploiting the current atmosphere – after all, everyone drools for the youth vote. One hopes our students will be wise when it comes to voting.

At this time of hurly-burly taking place in higher education, we need a determined leadership, which includes student and community leaders. The issues are emotive for all involved, and it is only through conscientious leadership that we can chart the way forward.

The Vice-Chancellors’ Forum would be a good starting point, and it could bring in other leaders, representing all the role players, to find solutions.

One can be optimistic that solutions will be found by a combined leadership. The current crisis needs openness, as indicated in a way by Stellenbosch University after the Luister exposé. All this is an arduous task, and the department of higher education and training’s involvement must also be felt.

None of us should hide our heads in the sand. We do not know what the future holds, but we know that some of these struggles may be the incipient motions of bigger battles yet to come.

This is the reason we need to be led on to righteous paths. Otherwise, these commotions may have far-reaching consequences. Still, even in this mire, we may come out with good lessons.

Professor Vuyisile Msila is the head at Unisa’s Institute for African Renaissance Studies. The views expressed here are his own.

This is a handy little car for driving around town. The Go is much-improved compared to previous models and now offers welcome safety features
Read more
Advertisting
Continue to the category
National