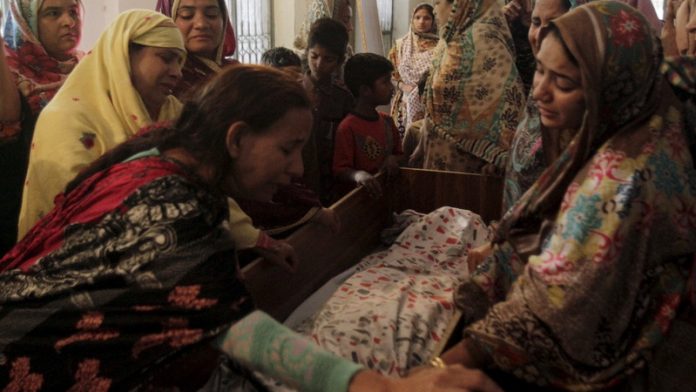 Pakistan arrested 5 221 suspects for alleged links with Islamist extremists after a Taliban bomber killed 72 people at the weekend, officials said on Tuesday.

Of those arrested, 5 005 were released again early on Tuesday, Justice Minister of the Punjab province Rana Sanaullah said. At least 216 individuals remained in police detention.

The crackdown across several cities in the central province of Punjab started immediately after Sunday’s bombing at a public park in the eastern city of Lahore, security officials said.

Jamaat-ul-Ahrar, a splinter group of the Pakistani Taliban, said it carried out the attack to target Christians celebrating the festival of Easter, and vowed more bombings.

More than 30 children were among the dead and around 350 people were wounded in the deadliest attack to hit Pakistan in a year, Lahore’s chief administrator Mohamed Usman said.

Around 190 injured people were being treated in hospitals, “several” of whom were in critical condition, Shaheed Saeed, a doctor at the Jinnah hospital in Lahore said on Tuesday.

Prime Minister Nawaz Sharif ordered law enforcement agencies to speed up the offensive against the Islamist militants, who are linked with the al-Qaeda terrorist network.

“I want more proactive coordination between law enforcement and intelligence agencies,” he said on Monday.

“The terrorists have assassinated our children – sons and daughters – and God willing, we will wipe them out from this country.”

All parks in the city of Lahore remained closed on Tuesday, while other cities in Pakistan tightened security measures in public places.

In an emotional televised address to the nation overnight, Sharif vowed to chase “cowardly” terrorists until all are eliminated.

Relatives prepared to bury the victims on Tuesday as 68 of the 72 bodies were handed over to families after post-mortems, police official Asghar Ali told dpa. Four of the dead remained unidentified.

Life was slowly returning to normal in Lahore after a day of mourning. Schools and shops were open and road traffic had resumed. – Zia Khan and Christine-Felice Roehrs, dpa/ANA