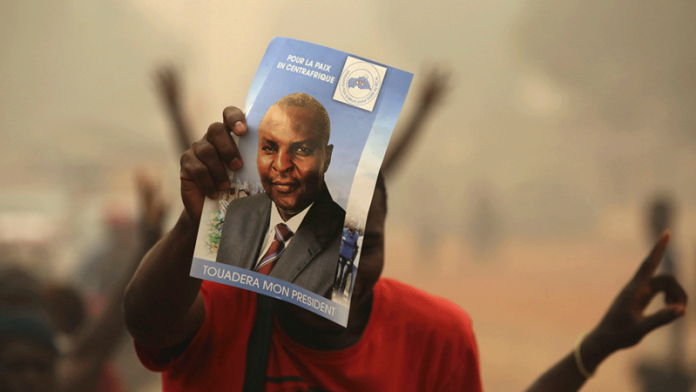 Faustin-Archange Touadéra, a former prime minister of the Central African Republic, was officially sworn in as its president this week, becoming the first formal leader of the country in more than three years since Seleka rebels overthrew the government of then-president Francois Bozize.

Touadéra served as prime minister under Bozize before his overthrow.

A series of running battles during the coup saw 13 South African soldiers killed and several more seriously wounded in what the defence force subsequently described as some of the most intense fighting it had seen since 1994.

France has said it would start to withdraw two-thirds of the about 900 troops it has in the country under the banner of Operation Sangaris, launched after the outbreak of violence between Christians and Muslims in 2013.

The remaining French troops are to join a United Nations and European Union peacekeeping force of some 12 000 soldiers.

The Central African Republic army has an estimated 8 000 men under arms, who lack much by way of basic equipment and training, and are thought to be outnumbered several times over by the various militia organisations that sprang up as self-defence units since 2013.

Touadéra, a Christian, won a mid-February runoff with nearly 63% of the vote – a surprise as he was not counted among the favourites at the start of the election campaign. He has promised to disarm combatants on both sides of the fighting, which saw hundreds of thousands of people flee to neighbouring countries.