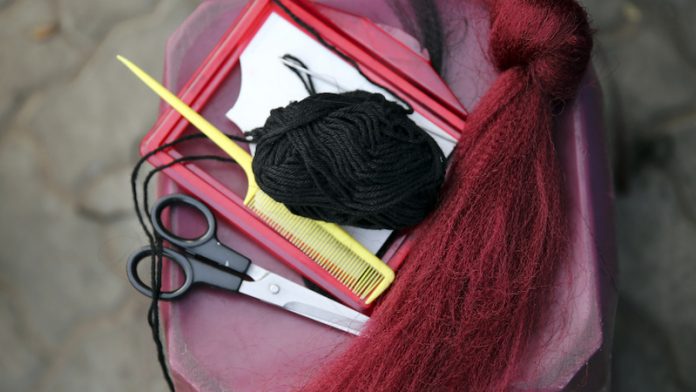 It’s been a while since I’ve been called a coconut. So long that I wonder whether the term is still in use. Perhaps it’s been replaced by a new moniker that I have yet to become accustomed to.

From being called a coconut regularly while growing up to hardly being touted as such lately – that’s what it’s come to.

Not that I’m complaining. Although I do think youngsters are less worried about calling you a coconut to your face than adults are.

But it got me thinking: What really makes one a coconut? Surely it goes beyond being a darkie who speaks English with a fancy accent. So, here’s a cheeky coconut checklist:

•?Any black person who doesn’t eat sushi is not part of the coconut brigade. Sorry, but it’s true; even if they twang. There’s nothing more annoying than having one’s coconutness disrupted over a lunchtime meal by a friend who can’t tell the difference between California rolls and sashimi. How anyone can even confuse the two is beyond me. And no, nigiri is not a character from the Pokémon cartoon series and tempura is not the Italian word for temperature. Moving on.

•?I love traditional food like any typical Zulu person, but coconuts do not have pap for breakfast. Or last night’s leftovers either, for that matter. I know that’s how many of us were brought up in the townships and rural areas but we don’t roll like that no more. I really miss waking up to amagwinya (vetkoek) with slap chips and atchaar, but now the mere thought of the heartburn that comes with that so early in the day is enough to put me off. A high-fibre breakfast is a coconut’s best friend. There’s nothing cute about navigating the day with constipated bowels.

•?To my fellow darkies: there are other music genres out there besides hip-hop, R&B, house, gospel and kwaito. Really. You’re missing out on the joys of the pop, rock and indie music scenes, but not to worry – we coconuts will represent you on those fronts. Even though we’re still trying to figure out how to dab and do the hot-step to those beats outside of the urban music brackets, we’ll get there eventually and, when we do, we’ll pay it forward. You’re welcome.

•?Ever come across a coconut who can’t swim? Yeah, me neither. Like Zulu vegetarians, they don’t exist. And I’m not talking about a doggy paddle here. Backstroke, butterfly, freestyle; we’ve got it down pat. We float on our backs, too, and we don’t belly flop, we dive.

•?We coconuts don’t use the “we’re black so we don’t need sunscreen” excuse. Skin cancer is no joke and, melanin or no melanin, we’re not taking chances. We live in fear that one day our natural built-in sun blocking melanin may malfunction and betray us.

•?There are other sports besides soccer out there, such as rowing, javelin, motocross, ballet and extreme sports. Mogodu Mondays? What’s that? I only know of meatless Mondays. A soapie called Generations? I’ve never heard of it. Does it play on the Mzansi Magic channel? No black person in their right mind would say such things. If they do, they’re likely to be a coconut. An extreme one at that. And they might want to be careful about where they say such things, and to whom, if they don’t want to get hurt.

•?Not all human hair extensions were created equal. There’s a difference between Indian, Peruvian, Malaysian, Mongolian and Brazilian weaves, and we coconuts know the difference right down to the various kink types. This is knowledge gained from being part of the movement.

•?There’s been a long-standing joke that has been doing the rounds for years that only a black person will go for a workout and then straight afterwards go to a takeaway joint or spaza shop to refuel. It’s a long-standing belief that they can eat whatever they want, as much as they want, and be in tip-top shape as long as they literally keep it moving. Not so. They need to find their nearest coconut, who’ll teach them that no matter how hard they try, they’ll never be able to out-train poor dietary choices.

•?Contemplating not changing your maiden surname to your spouse’s after marriage and even forgoing a double-barrelled one? A coconut is more likely to support you on that one. We’re more into the whole “culture changes with the times” thing than our noncoconut counterparts. I will not elaborate on how my being culturally permeable has raised some eyebrows among the unbendingly traditional in the past. Just keep your surname and make him take yours, instead, I say. The offspring, too.

Nelly Shamase is a freelance writer.

‘Darkies’ and ‘coconuts’ trends in Parliament

Do we want a nation of coconuts?