Fibre optic turf war pushes speeds up and prices down 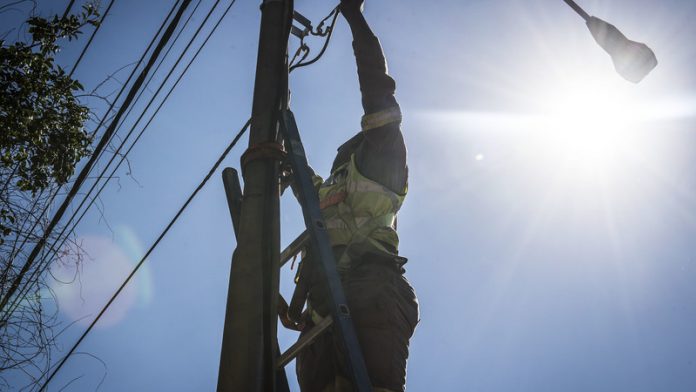 A host of new entrants is using various technologies to set up fibre networks in suburbs and business districts in Johannesburg, Pretoria and Cape Town.

Some are digging trenches and laying fibre cables underground, others are erecting poles and running an aerial network, while another is installing the fibre network in the metros’ sewage tunnel system.

Some suburbs face several rounds of trenching and almost everyone in the sector agrees that there must be better co-ordination of digging and installation to minimise disruption.

Telecommunication lawyer Dominic Cull, from Ellipsis Regulatory Solutions, says it is critical that fibre cables should be laid only once. “People should be forced to share,” he says.

Large telecommunication companies such as Telkom, Vodacom, MTN and Cell C have not been able to adequately provide the demand for fibre in the wealthier areas, which has created opportunities for companies such as Vumatel, Fibrehoods, Link Africa Group and Dark Fibre Africa.

Some companies, including Vumatel, have plans to service entire metropolitan areas in two years.

“They [small companies] are saying, if we can’t buy access, then we’ll build it,” he says.

The large telcos are struggling to compete with nimble new entrants, and fibre services are already delivering better prices and higher speeds. “We are currently seeing numbers that we weren’t talking about a year ago,” according to Cull.

Alon Hendel, from Fibrehoods, says the large telcos have their capital expenditure budgets approved six months to a year in advance, but smaller companies can quickly take advantage of gaps in the market.

“If we see someone in an area, we will think twice about going in. We have to ask, does it make commercial sense,” says Hendel.

He says the incumbent operators waited too long to roll out fibre optic connections to homes and now there is a “land grab” going on.

“We see ourselves as an ADSL displacement model,” says Hendel. “We think it can scale.”

With the fast internet speeds, people can begin accessing their media from the internet, which means that a high-speed fibre line could replace a DStv subscription, according to Hendel. “There are over one million ADSL homes, but there are six million DStv homes.”

Link Africa’s Andre Hoffmann says: “The market for fibre to the home and business is huge, as South Africa has lagged behind its peers in true broadband penetration.”

Alison Gillwald, the executive director of Research ICT Africa, maintains that the smaller companies were able to go into these markets because of Telkom’s sluggishness in investing in fibre.

“With Telkom’s failure to offer residential fibre, someone was going to step into the lucrative end of the market and start connecting high-end homes willing to pay for high speed always on access,” she says.

“This, of course, prompted others to see the potential in this in other underserviced high-end suburbs and eventually Telkom was forced to move into those areas and more quickly across the more profitable markets to compete, which has spurred their fibre investment.”

Reshaad Sha, the chief strategy officer of Dark Fibre Africa, says full fibre penetration will ultimately decrease costs for the end user by making fibre “a utility and not just a luxury”.

“An increase of fibre will be a necessity for South Africa’s economic growth as it will increase productivity,” he says. “Open-access fibre deployment places South Africa at the forefront of competitive advantage in the region.”

Suveer Ramdhani, the chief development officer of the undersea cable firm Seacom, says the start-ups and small operators have forced larger companies to step up their game.

“We have been talking about the cloud and internet TV for years but didn’t have the infrastructure to support the concepts. Now it’s finally coming to fruition because new competitors have forced content, application and infrastructure providers to speed up the deployment of new offerings,” Ramdhani says.

“It may be hard to imagine now, but in the near future you can expect fibre deployments to surge in areas outside the main metros of Johannesburg, Durban and Cape Town. The capital costs of deployment are falling and the barriers to entry have been removed.”

Cull says the small companies will only roll out a network where there is money to be made, so they will have limited geographical reach.

Gillwald says they focus on “elite areas” with high demand.

“Vumatel, for example, launched their services in Parkhurst, where there is a relatively high level of density of middle-class homes.”

The who’s who of fibre networks

Vumatel
Less than two years ago, the Parkhurst Residents’ and Business Owners’ Association advertised for a contract to build a fibre optic network to connect the 2 100 stands in the suburb.

Telkom’s response was to make Parkhurst a focus of its own fibre roll-out to 22 suburbs, announced in 2015.

It is clear the little player had ruffled the giant’s feathers.

Vumatel has since expanded to Greenside, Saxonwold, Parkwood, Killarney, Riviera and Parktown North, while 42 other suburbs have been identified. It is currently laying a fibre network in the suburb of Melville.

A foreman on site said the company has plans to cover the whole of Johannesburg in the next two years.

Fibrehoods
Fibrehoods is one of the country’s newest fibre optic companies.

Unlike its competitors, Fibrehoods doesn’t dig a trench, but uses an aerial fibre network carried on poles.

“The technology utilised is GPON [gigabit passive optical network] in which fibre with a high count of fibres runs into a splitter and then runs into every home from the splitter utilised on the pole,” says Fibrehoods’ Alon Hendel. “A pole will typically be placed between two homes from which it will distribute into the homes.”

Link Africa
Link Africa doesn’t dig trenches either. It runs a fibre network in the sewerage system, which it argues is less disruptive, quicker to roll out and lowers the capital needed to fund the network.

It operates several fibre networks in Gauteng, KwaZulu-Natal and the Western Cape, in total, 3 500km of fibre.

“We are currently rolling out in Midrand, Fourways, Pretoria North and greater Sandton,” says Link Africa’s Andre Hoffmann. “In KwaZulu-Natal, we are rolling out in Umhlanga, Kloof, Hawaan, The Plantations, Dunkirk, Umdloti, while in the Western Cape we are deploying in the greater Constantia area, De Zalze, Vredekloof and surrounding areas of the southern suburbs.”

Hoffmann says Link Africa has business models for delivering fibre cables to townships and two pilot projects are about to begin to test their model.

Reshaad Sha, the chief strategy officer of DFA, says it decided to acquire fibre company Conduct in April 2014 so that it could offer its customers, which are internet service providers and telecommunications companies, an open-access “last mile” fibre solution.

“Suddenly there are fast, reliable, competitive services at their fingertips.

“DFA sells connectivity services to a range of service providers who in turn produce end-user service packages to businesses.

“The DFA pricing model is based on a shared infrastructure principle thus ensuring that it is very cost effective to service providers.”